We seem inundated with the number of smartphones and fitness bands on the market, and so when another company announces a new model we are often skeptical as to the quality and usefulness of that product. This was the very same feeling we had when contacted and asked if we could review the XLYNE 54001 smartwatch for Android and iOS smartphones.

Ok, so we know that some of you will be thinking that it is trying to look like an Apple Watch, but on steroids, and you would be right for the most part, but it does not do what other products do, and that is assume something it is not. 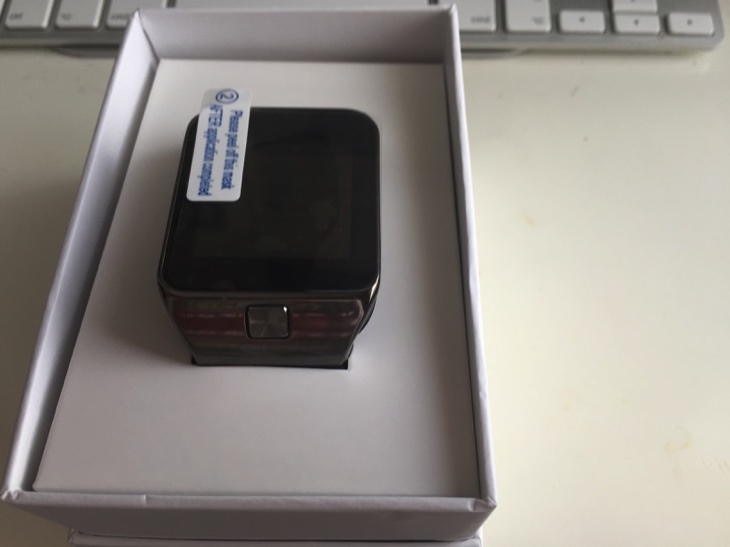 The box the XLYNE 54001 arrives in is of a decent design, which is rare for a product in such a cheap price bracket, but it’s when you open the box that you know there is nothing premium about it. We are not saying this is a bad thing, because is we mentioned above, it does not pretend to be. 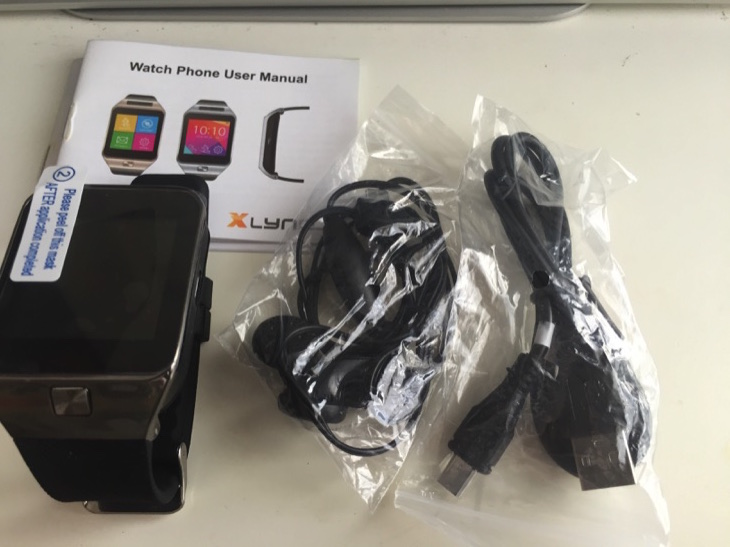 As for what’s inside that very box, you have the smartwatch itself, along with a charging cable, a pair of headphones, some booklets and the battery. So that’s where we started firstly clicking the battery into place and then turning the device on for the first time. 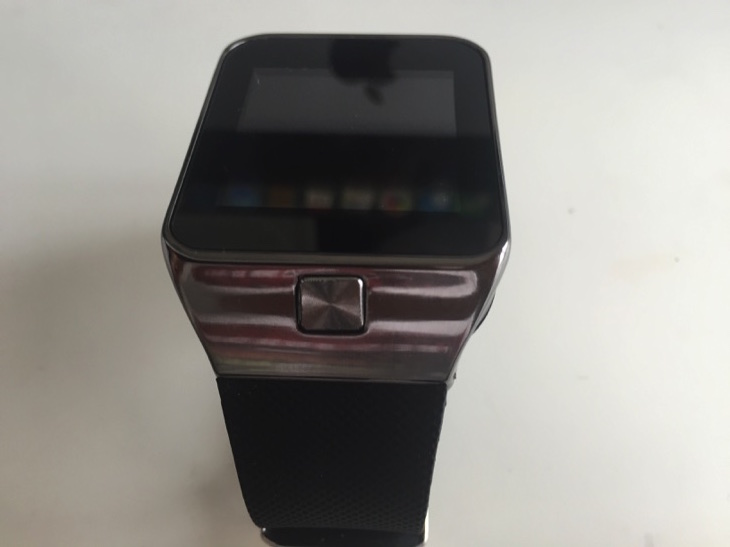 We were surprised at how fast the watch turned on, although we were then met with something rather annoying, and that was the fact everything was in German. No matter what we tried, we were unable to change the settings to English, and the booklets were of no use either. It was at that stage that we went to Google to look what the German word for language was, and once we knew that, it was a simple task of finding that word in the settings, and then everything was then in English. 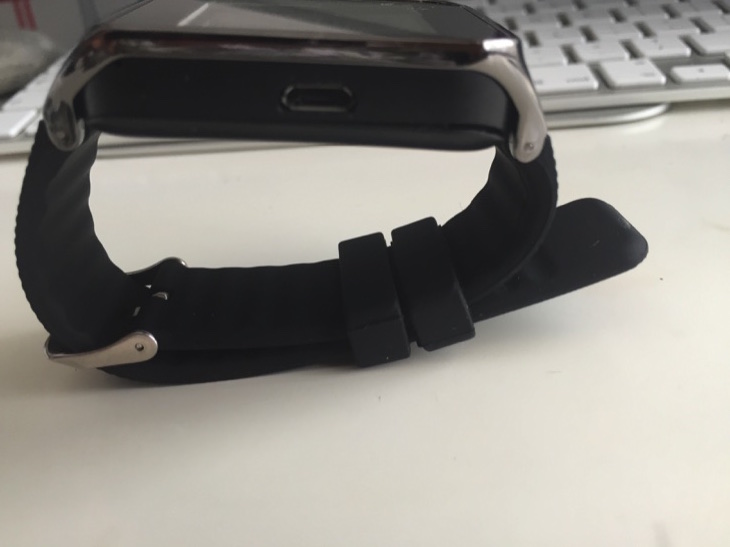 When the smartwatch from XLYNE is turned on you will know right away that you have a product that is aimed at those with less disposable income, and that reflects in the specs, features and design. The bulkiness of it does seem unnecessary for this day and age, and we have seen diver’s watches more slimmer. But like we said above, this should not really put you off, seeing as though the only people looking to buy this model do not have as much disposable income, but still want to get on that smartwatch ladder. 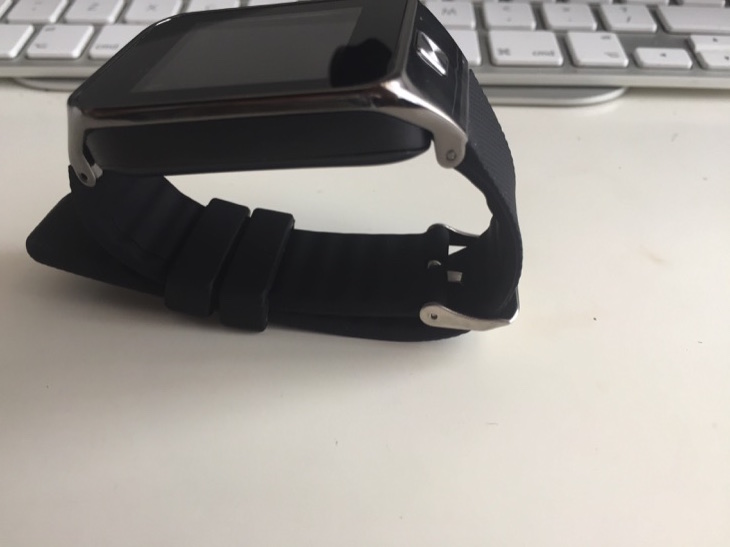 XLYNE said that you are able to sync this smartwatch with your phone, and they are correct. However, it is worth pointing out that it much prefers to work in conjunction with an Android rather than iPhone, which we found out seeing as though we only had an iPhone to hand. It took around five attempts to get the two paired with Bluetooth, but once it was were were surprised at how useful of a feature it was. 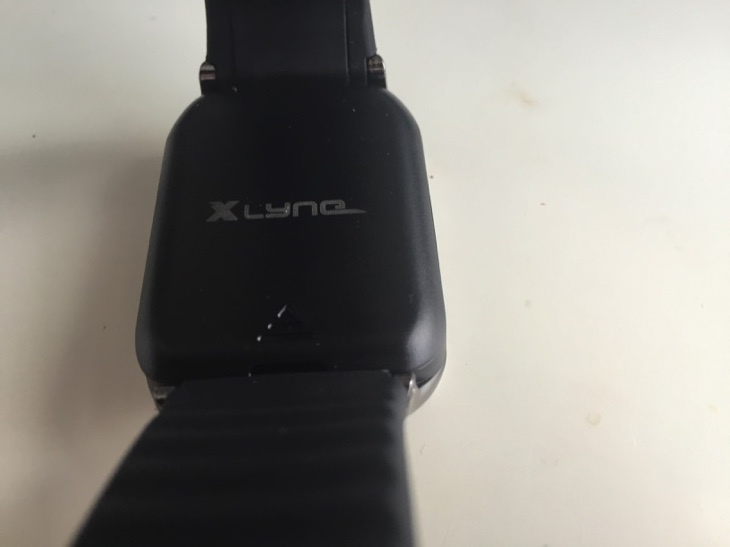 You will be pleased to know that making a call was a simple process, as you only needed to go into the settings, allow the device to have access to the contacts on your phone, and you are away. We did try using the built-in speaker at first, but this was far too low, and so used the headphones instead. Ok, so this kind of defeats the object, although it does mean you do not have to take your phone out, which is especially good in crowded areas, or when it is raining. 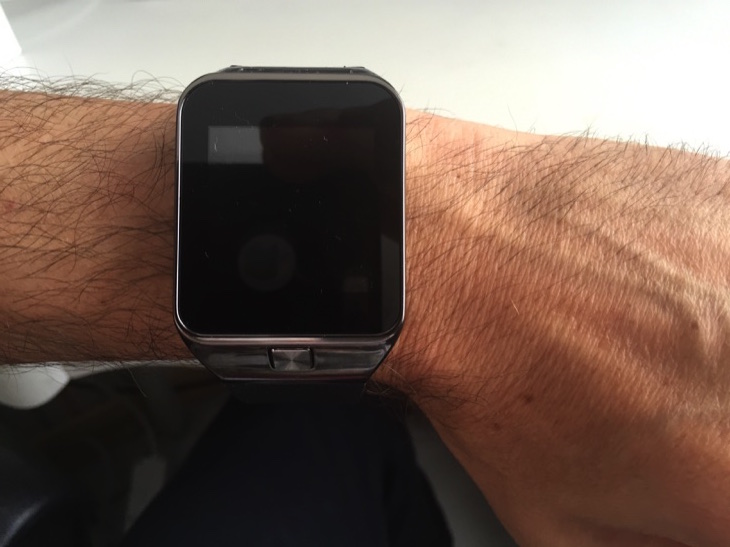 As for the quality of the call itself, we were pleasantly surprised, and the person on the other end did say how clear it was, with and without the headphones on. It’s not just about making calls though, as you can also do many other tasks, such as access apps like Twitter, Facebook, WhatsApp, as well as write an email. However, we would have to say do not even try this, unless you have very small hands, and are able to press the tiny little letters that appear on the 2.4 cm screen. 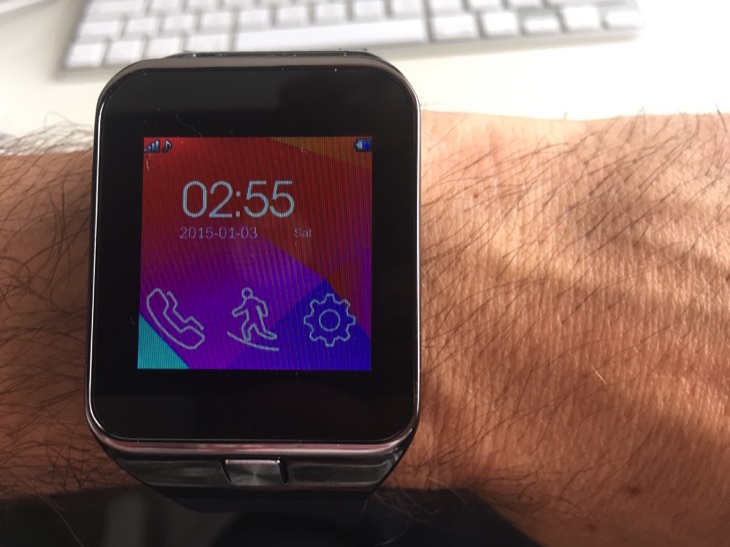 There’s also a built-in radio, although this did not work too well, and so you might be better listening to your own music on your phone through the watch instead – just remember to use those headphones though. We also noticed an added feature, and that was the built-in pedometer, which counts your steps and calories that you have burned. However, this is very basic in its function, and so you cannot rely on it fully, and with the lack of heart-rate monitor, it’s not a full-fledged fitness device – although it does not profess to be either. 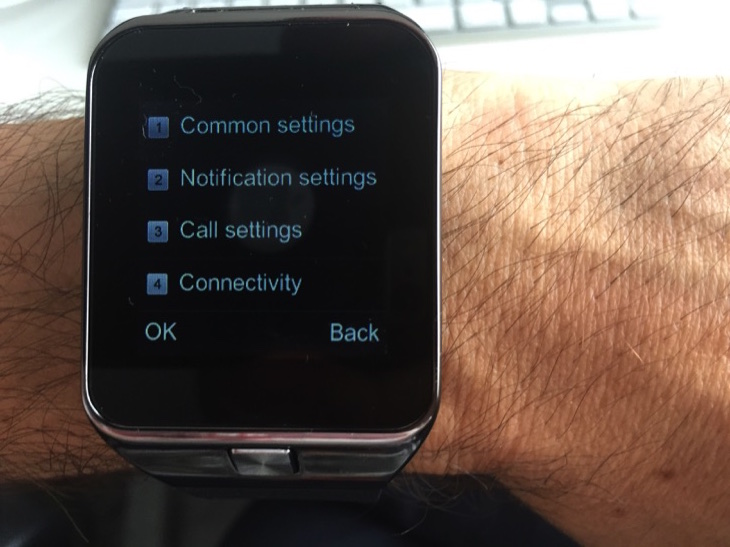 While we never had a go at using the XLYNE SmartWatch for the entirety of the full charge on its battery, we are told we should expect around six hours of talk time and 72 hours at standby. However, we are not told how long to expect when it comes to general use, such as using the social features from its 3.7V and 450mAh 3.7V and 450mAh. 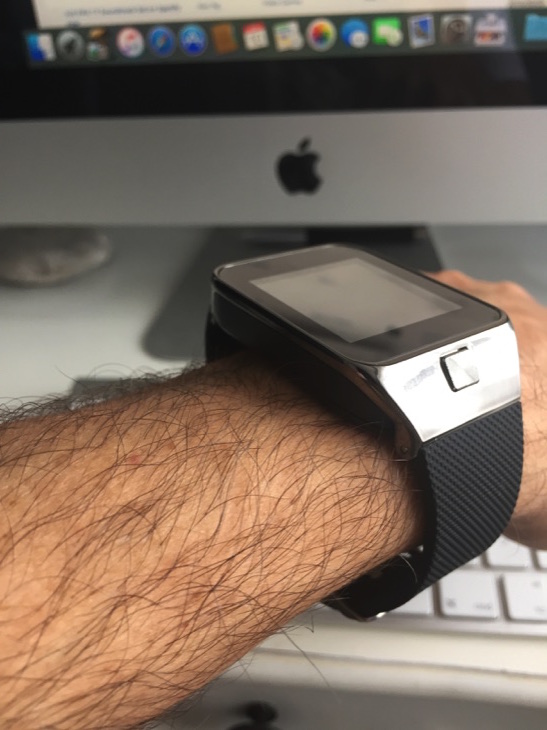 Our overall thoughts – While the XLYNE 54001 is not the best looking or slimmest smartwatch on the market, you have to remember that it only costs £34,75, which is reduced from its usual price of just over £43. This can be purchased direct from the online electronics retailer reichelt.co.uk, with many of their products up to 20% cheaper. Its design is elegant for its price, although a bit on the bulky side, and so you might need to remember that if you have skinny wrist – like mine.

What we really do like though is that you are able to place a SIM inside, and so you do get limited cellular features, we say limited because it is only GSM 2G, although perfect for making calls without the use of your phone. Please remember, it is not the best smartwatch on the market by a long shot, but with it’s cheap price this does indeed do exactly whats needed of it. There are however, more expensive and feature rich alternatives on the Reichelt website.