The good people of Mobile Fun sent us this Wiplabs iDockAll iPhone and iPad Dock for those that have the Lightning connector. You might have guessed by now, even though this has been given to us to review, we will be unbiased in our opinion, as this always offers you a better insight. 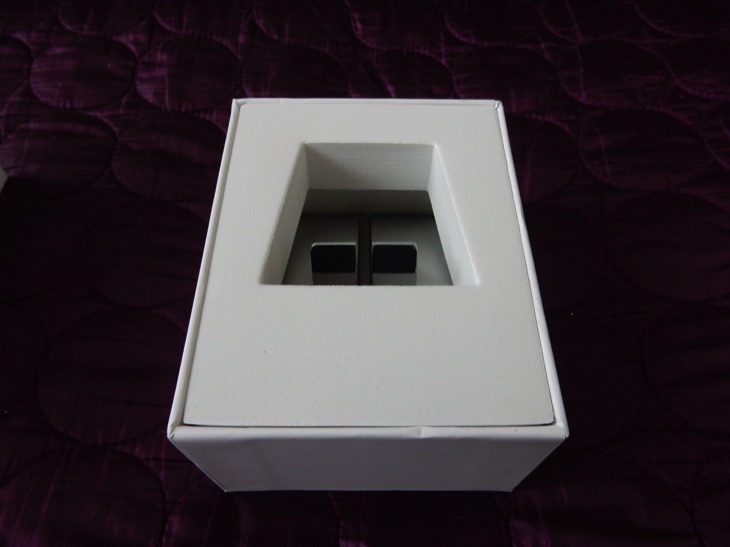 Believe it or not, it’s been three years since the iDockAll was part of the Kickstarter program, and was able to meet its target rather easily. We have not really had the chance to review an iPhone or iPad dock before, and so it was interesting to go hands-on with the iDockAll from Wiplabs. 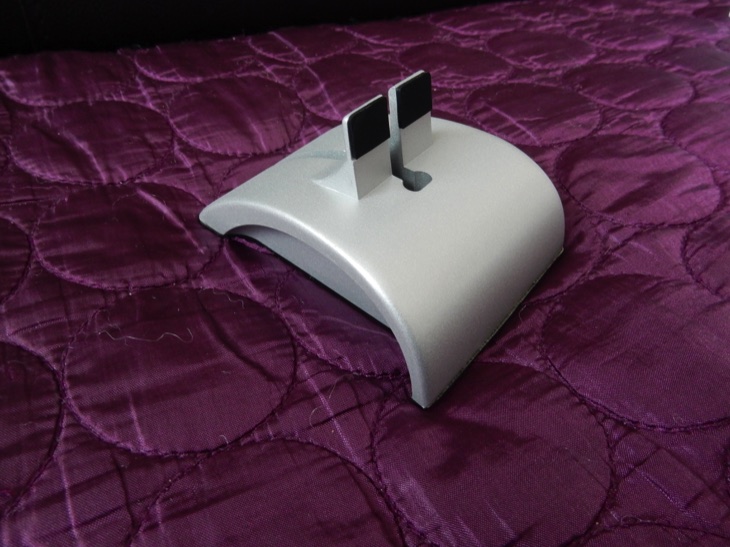 A review always starts with the packaging, and we have to say this was very impressive with its simple white paper design that covers a solid cardboard. Opening the box reveals what can only be described as two solid pieces of foam, which are used to keep the dock in place, which it does very well considering the weight of the thing. 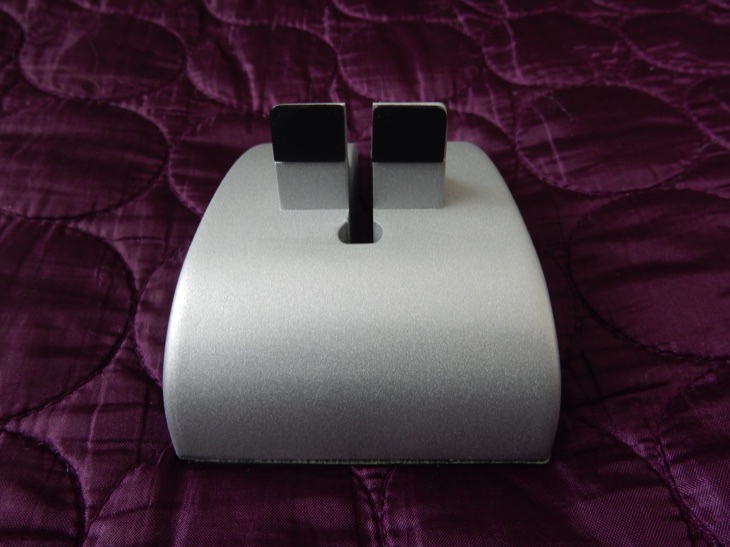 Even though we have never reviewed a dock before, we have used plenty, and not many are built as solidly as the iDockAll. It’s minimalistic to say the least because it’s just a simple block of metal that has a piece of metal protruding out to help support your iPhone, iPad or iPod touch. Although, it does have two small bits of rubber for your iOS device to rest on as not to scratch it. 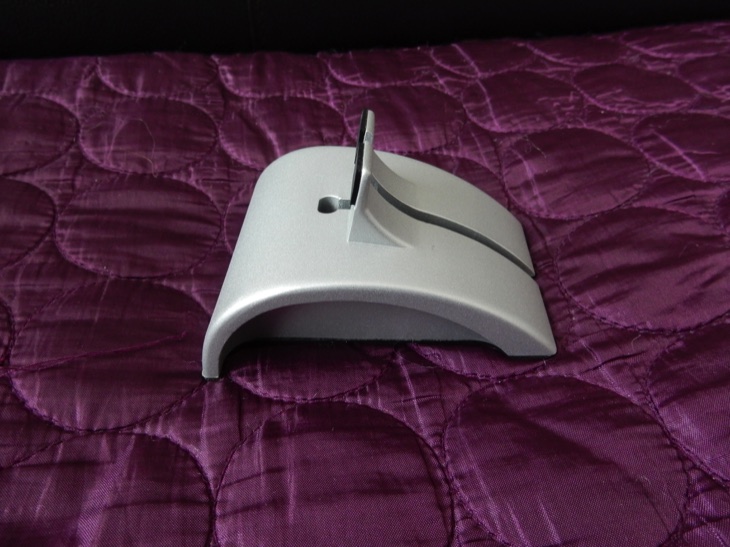 The one we received is the Aluminum Grey version, although it would have been even better to have the Matte Black to go with your Matte Black iPhone 7. Anyway, back to review and what was nice was the actual weight of the device, as it is heavy enough so that you could stand this on surfaces at a slight angle because it will not slide off, this is also thanks to the rubber bottom offering more grip. 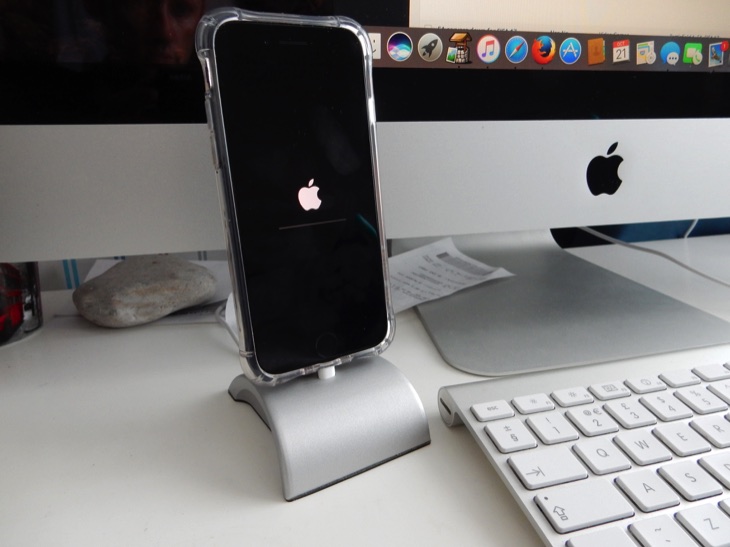 In terms of setting up, there was nothing to do because there is no cable, and you have to use your own Lightning cable, which is where there is a bit of an issue. We tried to dock our iPhone 7 with a third-party cable, but the cutout is not large enough, and so was not able to make a good connection, and so you have to make certain you use a genuine cable. 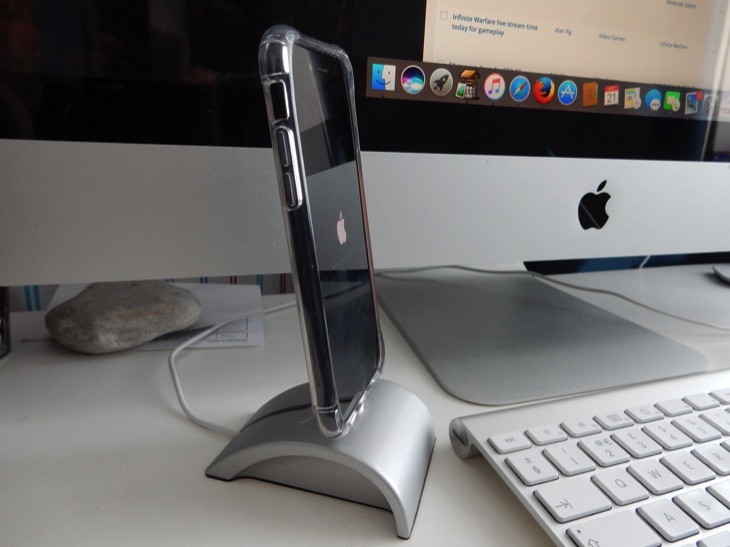 We were surprised at how stable our phone felt when placed on the dock, seeing as though it’s only held in place by the charging lead itself, and the rest supporting the back. However, this is where we had another issue, because you need to make certain you have the lead plugged into your device at the time, and then place on the dock – do it the other way around and it will not be able to dock correctly when using a case. 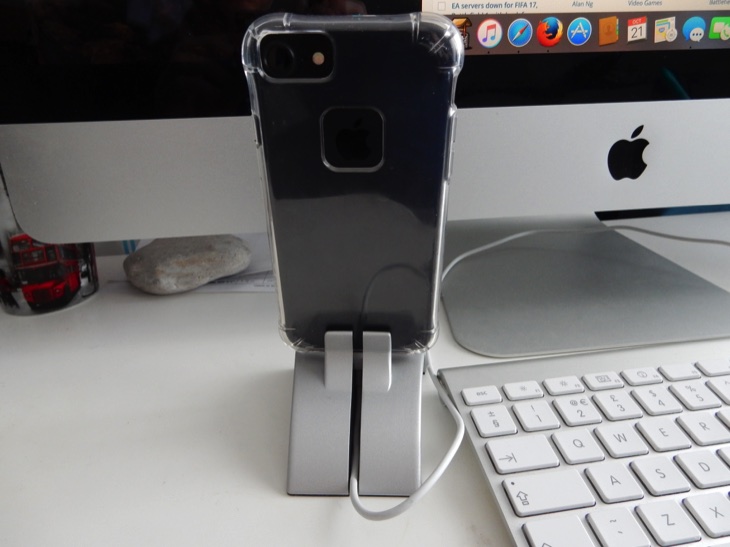 The other issue that we have is that this can only function as a dock when the cable is plugged in, and so useless if you do not intend to charge your iOS device. 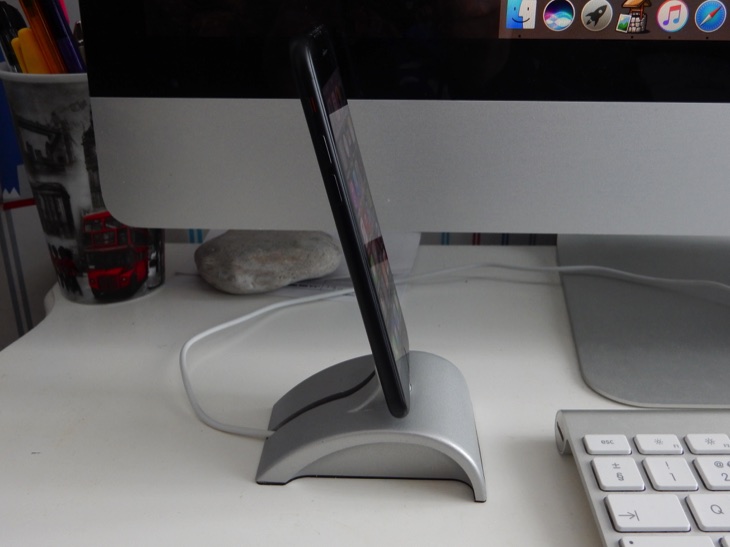 That being said, the iDockAll looks perfect when placed next to you other Mac devices, as we did with out iMac, and so maybe the Matte Black version may not have gone well after all? Price wise, Mobile Fun is currently selling this dock for £24.99, and so far cheaper than some of the alternatives we have seen – although it would be interesting to review the Belkin or official Apple docks.