When a network specific smartphone is released, we never assume they will be anything fantastic, as they tend to look dull, and pretty average. However, this sure was not the case when the Vodafone Smart platinum 7 was released, and it did buck the trend. Even before being sent one to review we knew that we had a phone with specs that seemed to defy its price.

We were certainly interested to give the Vodafone Smart platinum 7 a hands-on treatment, and to really see just what this £295 smartphone is like, and to see if it truly does have a premium user experience, as the name would seem to suggest. 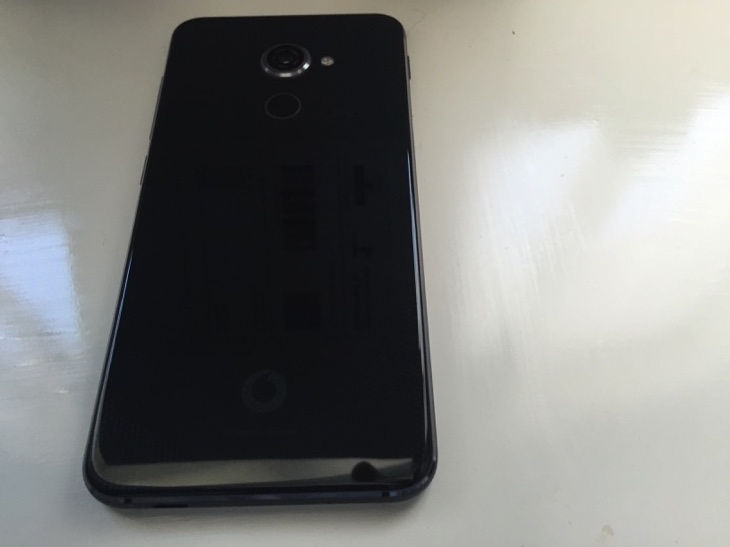 Ok, first things first, and that is the packaging. Well, we cannot really say too much because of this being a review unit, and the box was a little battered. However, Vodafone has gone simplistic like Apple pretty much started with the original iPhone. All that you get box made from card with an image of the phone itself, along with some of the details specific to this model. 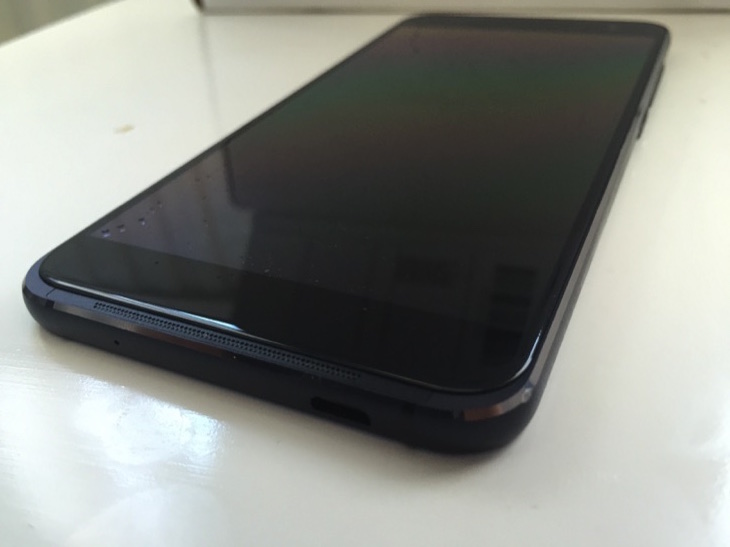 Inside the box is also what you usually get with other smartphones, and that is the phone itself, and when moved a small package that contains the SIM removal tool and a get started booklet. Beneath that is a small box that hides the power cable, power outlet socket, headphones and a different size set of earbuds. 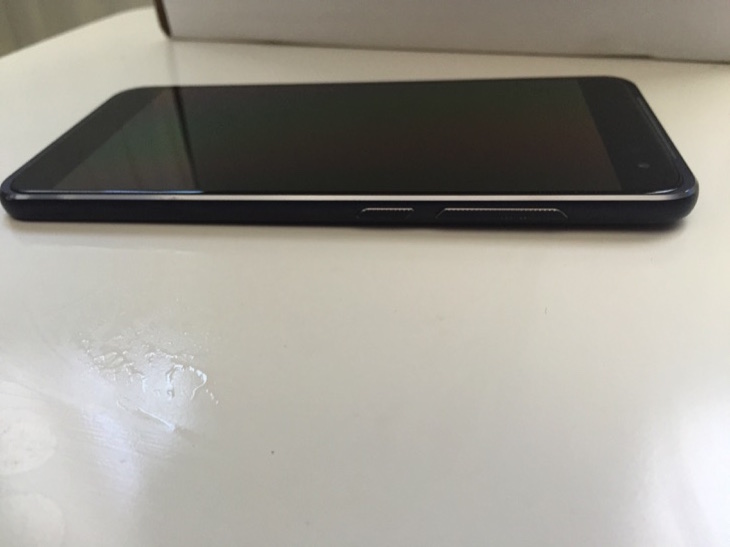 I currently have the iPhone 6, although will be upgrading to the iPhone 7 the moment that they become available, and so did take some getting used to because of the size difference. The Platinum 7 did do me a bit of a favour really, as I have been thinking of going for the larger iPhone, but after spending a while with this handset, I can safely say that I could not get used to having such a large phone. 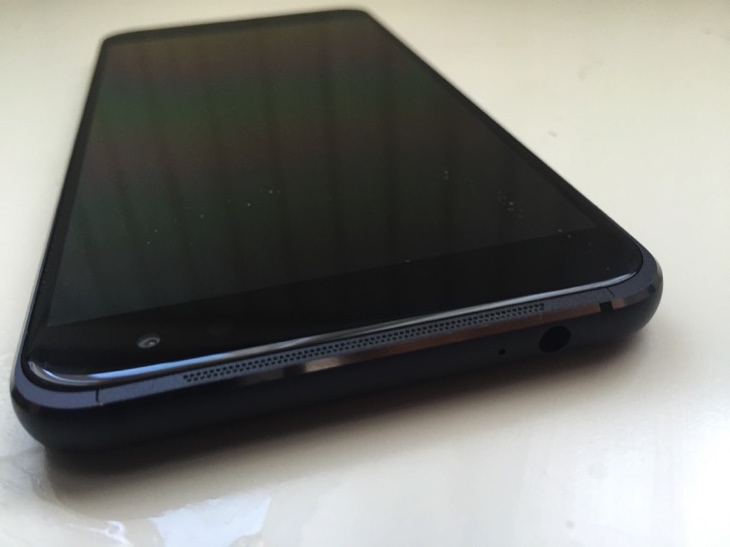 Ok, so I know that having a phone with more screen real estate does have its advantages, but when there are many times that call for one-handed use – well things do get a little awkward, and so its 4.7-inch devices for me. However, this is not a negative towards the size of the Platinum 7 with its 5.5-inch, QHD AMOLED screen, it’s just a personal preference. 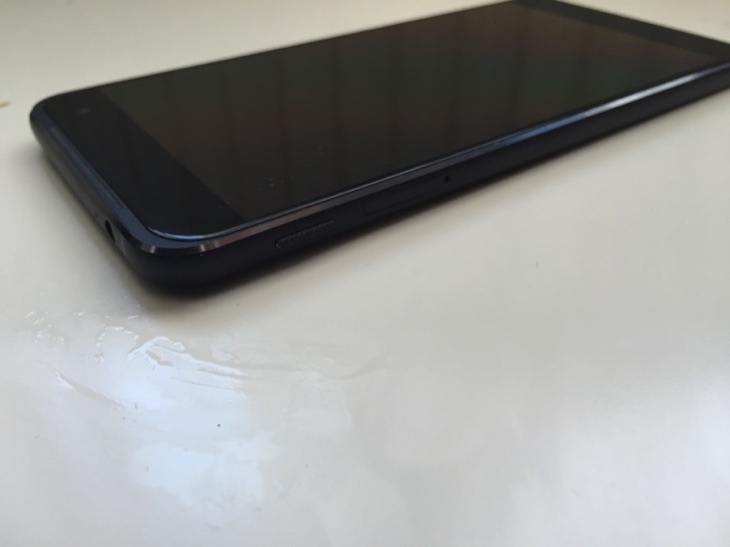 Speaking of which, it’s that very display that is the biggest selling point of the phone – well that and its reasonable pricing. In terms of first impressions, this is a decent phone when you consider how much it costs, and has a solid feel to the front and sides, although was not impressed with the rear, as it feels too much like plastic, even though it’s made from glass. Let’s not hold that against it though, as maybe it’s because I and use to the metal rear of the iPhone. 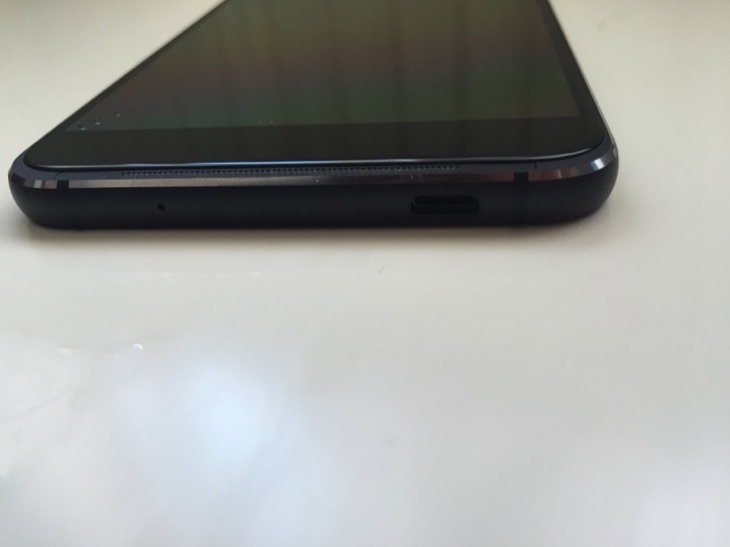 One thing we will add, and that is how we have been told by several reviews how easy that glass rear is easy to scratch, yet the review unit we had has been used by many people before, yet there is not one scratch on there – so you might wish to remember that. We did not want to put the glass back to the test seeing as though we have to give it back, and so you might have to rely on a YouTube video to test the Smart platinum 7 strength. 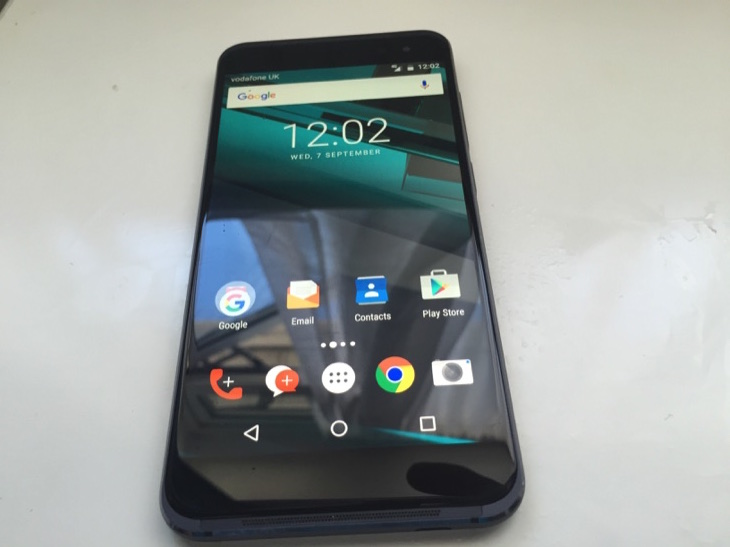 Sticking with the rear for a little longer, and there is the fingerprint scanner circle, which is just below that 16 megapixel camera with auto-focus and LED flash. As for that scanner, it’s not too bad, although it’s not the fastest out there, and so found times waiting for the scanner to register my fingerprint. However, it manages to keep up with its nearest rival, and that is the OnePlus 3. There were times when it failed to register a digit, although this does happen now and then on the iPhone 6, and comes down to wet or greasy fingers. This means you have to keep wiping your fingers, along with the scanner as well. 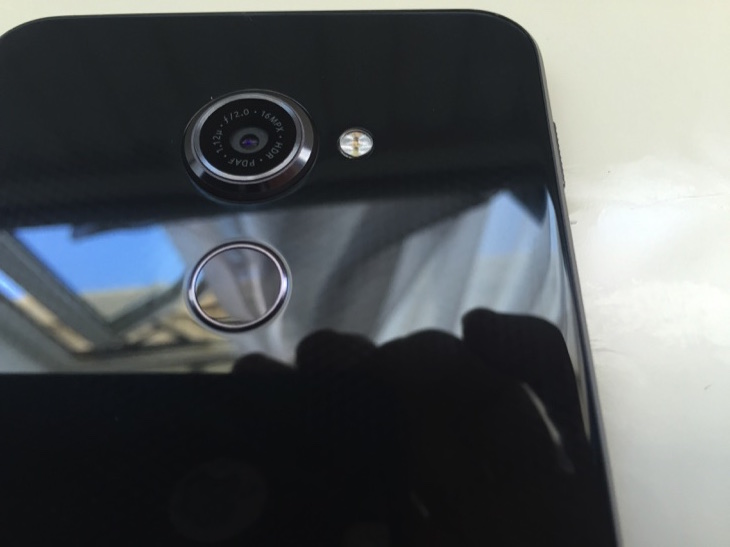 What we did like while testing the Smart platinum 7 are the power, volume, and the camera button, as they have an angled design and also textured, which means less chance of slipping. When we first turned the handset on we knew that Vodafone did not go down the route of a display with inferior quality, as it’s not only vivid, but crisp as well, something that also defies its price. Ok, so it is not going to rival the likes of the Samsung Galaxy S7, but its around half the price – so kudos to Vodafone. 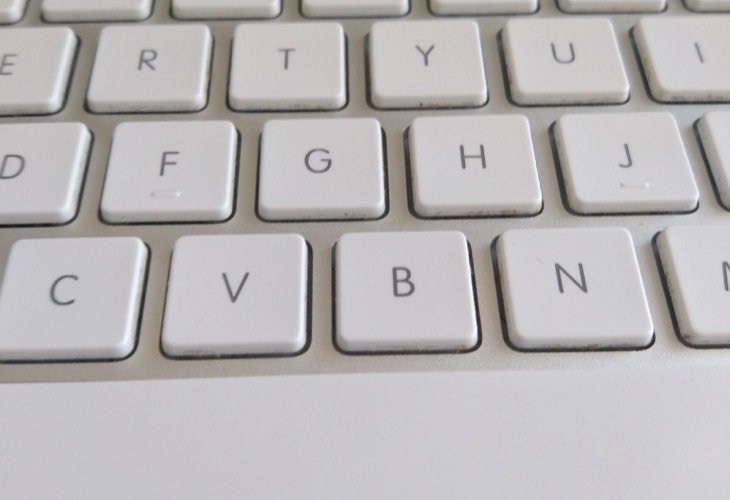 It does not take too long to notice that Vodafone has gone for an inferior processor to the Snapdragon 820, and that is the Snapdragon 652 CPU. This is an upper-mid range chip, although it does perform better than you may think. This does most of what you ask of it, although this is helped along with 3GB of RAM. Each time an app was demanded it opens without delay, and so yet another positive. Also, flicking between apps was also a joy, even from the camera, to apps such as email in order to forward them on. 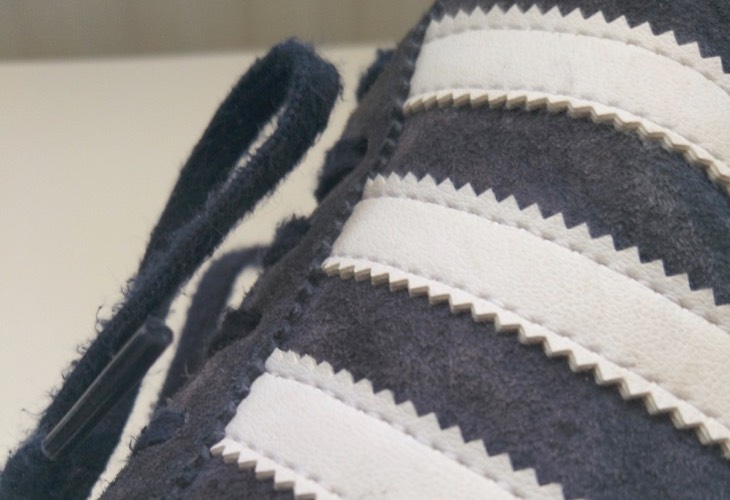 Overall performance was pretty faultless, although we are sure there will be some of you out there that will make bigger demands, and therefore you might have to pay the price in terms of a more expensive handset. Another feature that helps with this performance is the near-stock Android 6.0 OS, although we are not sure how long it will be before Vodafone offers the latest update – but we very much doubt for a while. 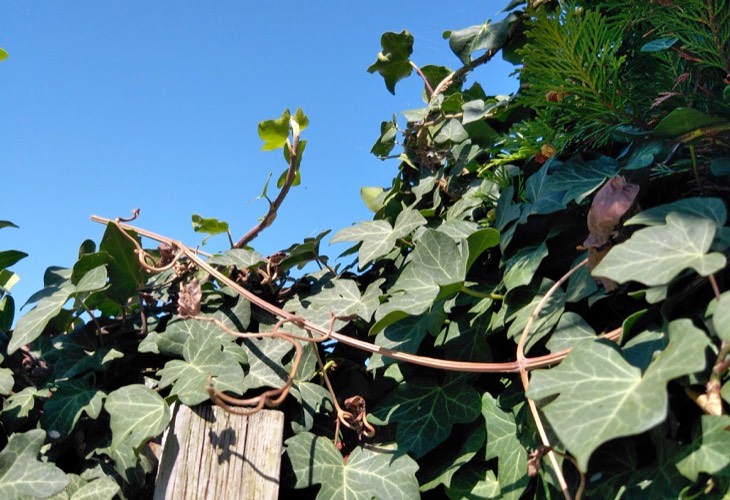 We did manage to try a few games, and it was a solid experience, although not being a heavy gamer we are sure some of you will have more to add. However, the likes of Asphalt 8 performed very well even when on the highest graphics setting. 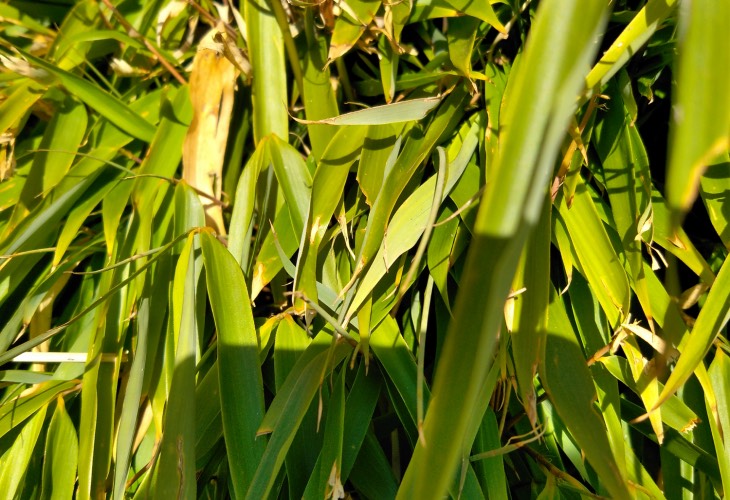 Going back to those apps for a moment, and Vodafone might wish to cut down on the number of pre-installed apps, one example is the networks Call+ and Message+ apps. The start widget is also a bit on the ugly side, but both are only small issues, and the ability to remove is an easy task, and has far less bloatware than we have seen on other devices.

The battery is 3000mAh, and is said to last up to two days on a single charge, although this is not the case during heavy use. While just over a day is easy to achieve, it was certainly a struggle making it to that second day. However, we are sure if you only use the handset for minimum things, and made certain all notifications were turned off and also did not check your Facebook, and go on Instagram too often, then you might just get lucky – although we would just like to wish you luck for even trying. Oh, you could always try the Doze feature that makes power usage adjustments for you to get the most from the battery. If you do find yourself in need of some extra juice then the Quick Charge 3.0 will give you 50 per cent of power in just half an hour.

One of the biggest selling points for phones these days is the camera, and the 16-megapixel rear-facing HDR camera and 8MP shooter at the front certainly sound good on paper. However, Apple has taught us that there is more to a camera than the amount of megapixels it has. Ok, so before we even start, this camera is not going to live up to the Galaxy S7 or iPhone 6s, but it still performs well for a phone half the price of those other two. We only took a few shots with the camera, and it does have decent natural light, and images could be taken quickly, with near accurate results. Shots in the sunlight were well balanced and were not over-exposed.

Okay, using the phone inside was a little different because of the lack of natural light, and so they could often come out noisy. However, on the whole the Smart platinum 7 handset was better than average, and could even hold its own against some high-end phones out there. As for that front-facing camera, this was very impressive indeed, and with its own flash means those selfies you take to share with friends will more often than not come out relatively decent – although does still struggle in low-light even with its own flash.

There are many different modes for the camera, such as Pano, Slow-Mo, controls for ISO, shutter speed, white balance and even manual focus, and so you do get a varied amount of control. However, for those that just like to take a quick snap, just stick with the automatic settings.

Full specs can be found in the image below. 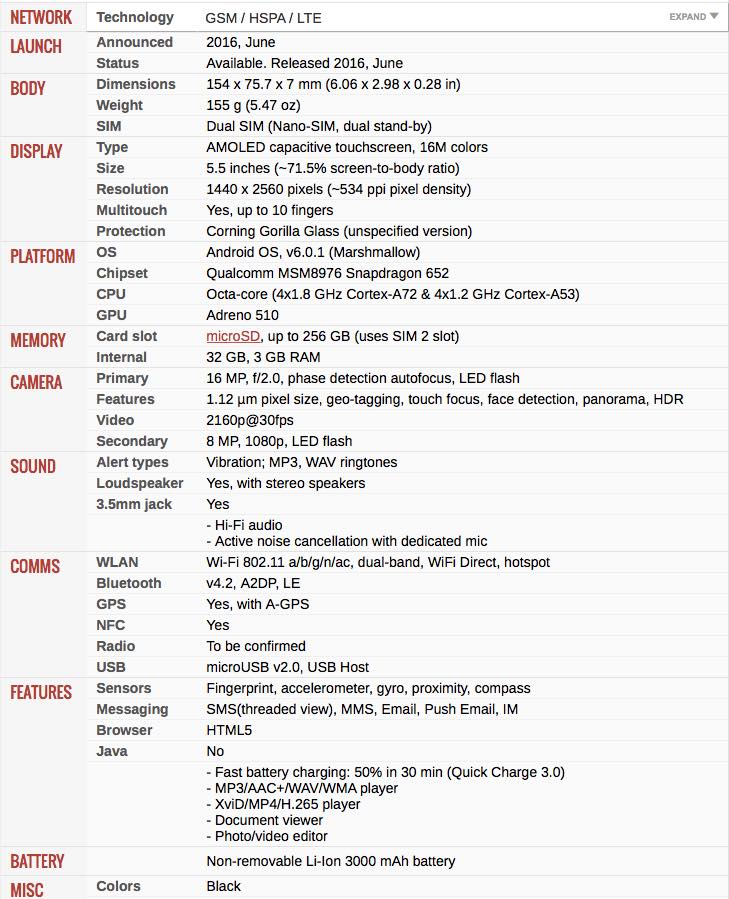 Overall – Vodafone certainly has produced a surprise here and like we said in the title, the specs do defy that price (full details on that can be found on the Vodafone website, PAYG or monthly).

As for the positives, this is certainly a premium phone, with mid-range pricing, and look and feel is a surprise, in a good way. The display was a dream, and is one of its biggest talking points,

However, the negatives is that the battery could have been larger, and when it comes to pinch and zoom, this could often become irritating. Then there is that fingerprint scanner that does often fail to register.

The final verdict is a good one though, because Vodafone has given consumers a handset that comes with premium specs, but with a price that is around half the price you would expect to pay. Ok, so we know it will not compete with the likes of the Galaxy S7 or the iPhone 6s, but we did not really expect it to – although the Vodafone Smart platinum 7 does have a good try.