Believe it or not, there is a cook in all of us waiting to be set free, you just need the right motivation and tools to realise this – both of which has happened to us over the past few months. The thing is, people tend to find eating fast foods and also meals that you just throw in the oven or microwave convenient, but let’s face it, this is not very healthy. 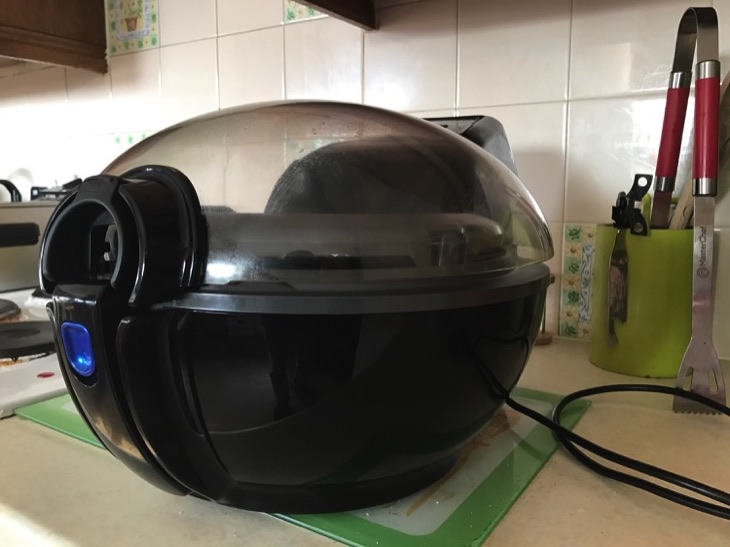 The introduction of the Air Fryer has certainly made life easier for people, and also allowed them to cook certain meals in a much healthier way, and the likes of Tefal are always looking at ways to improve on this small cooking appliance, and the ActiFry Smart XL is proof something can be made better – although at a price. 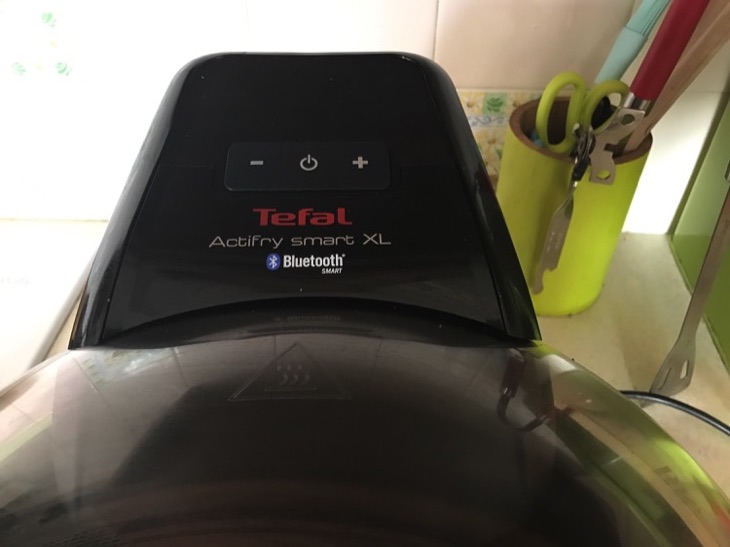 We don’t review such items often, and so we were very interested in reviewing this ActiFry Smart XL, which is part of Tefal’s connected kitchen range. This model is far better than the original ActiFry because you are able to connect your tablet or phone via Bluetooth and make use of the app to make cooking easier, and fun. 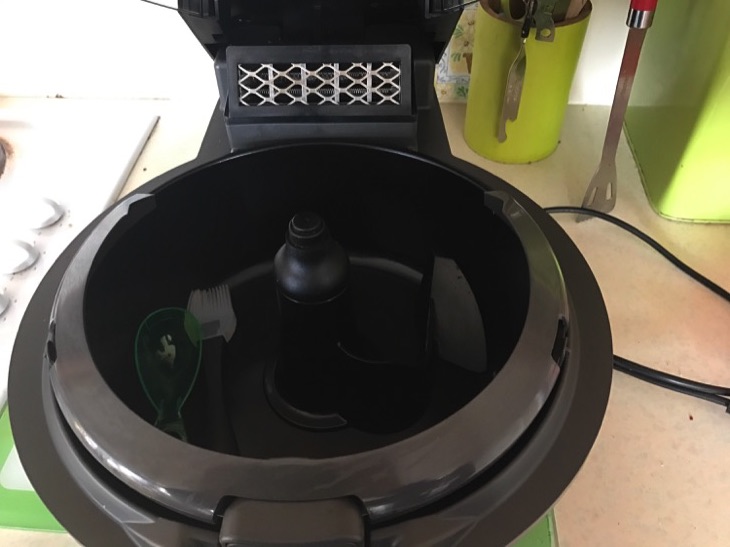 Like we said earlier, the main difference with the Tefal ActiFry Smart XL compared to the older model is the dedicated app, which is very easy to set up, and once you have you will have access to a huge range of recipes. The other difference you will notice is its size, as it’s large enough to cook enough food for around 4 people – although not if you like huge portions. 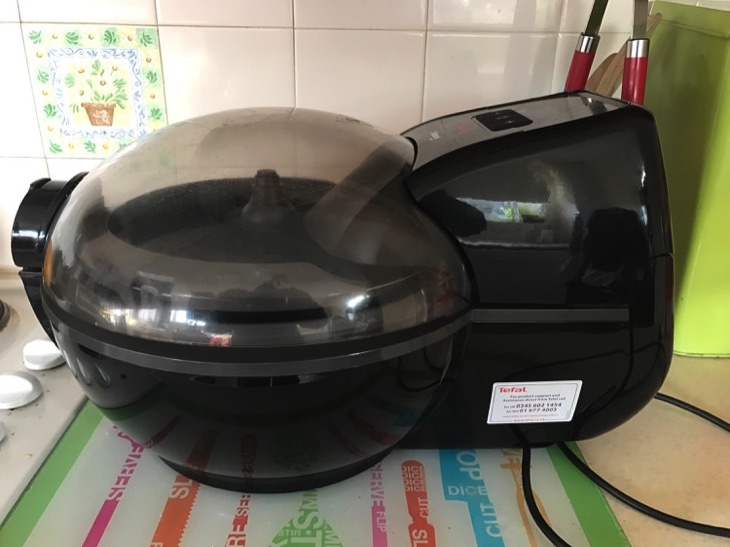 What we did find an issue at first was finding a space for it in the kitchen because it is very large – and we mean large. We did not try a permanent spot because it’s not needed, but it does strike an opposing figure on the kitchen side. So now we had our Air Fryer set up we had the tough task of finding just what to cook. 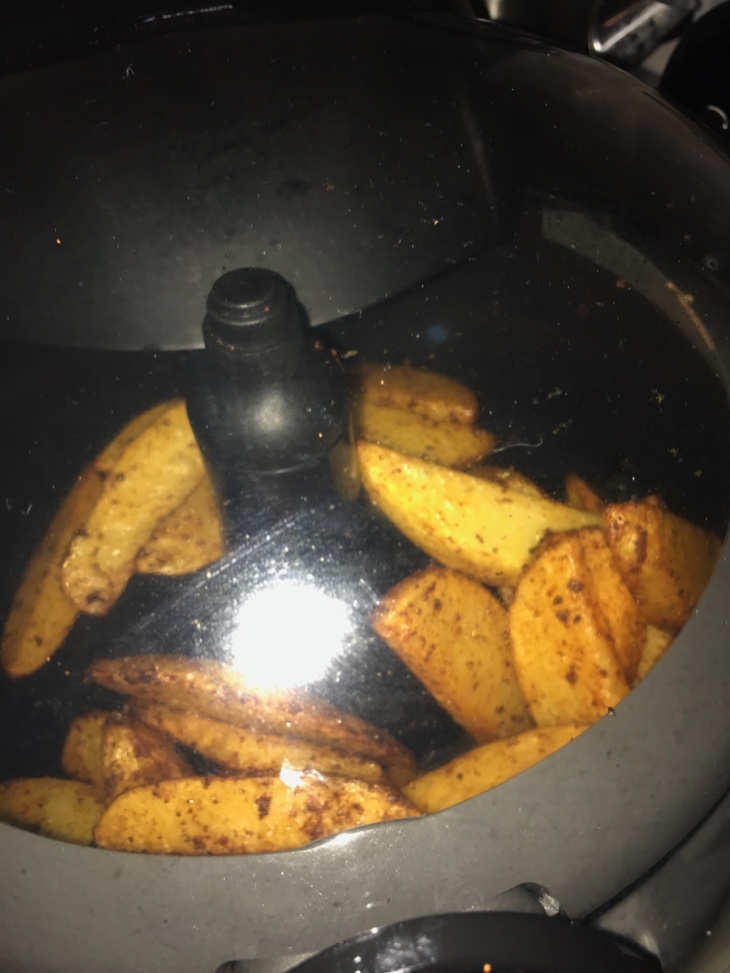 Once you have decided what to cook and the ingredients are prepared, all that is left for you to do is add the small amount of oil with the plastic spoon provided, and then allow the app to tell you how long you will need to cook the food for. This all depends on what you are cooking, and also how much at one time as well. The small countdown that appears on the app indicates to you just how much time you have left, which is handy because there are times when you can easily forgot about it, and thus running your food. 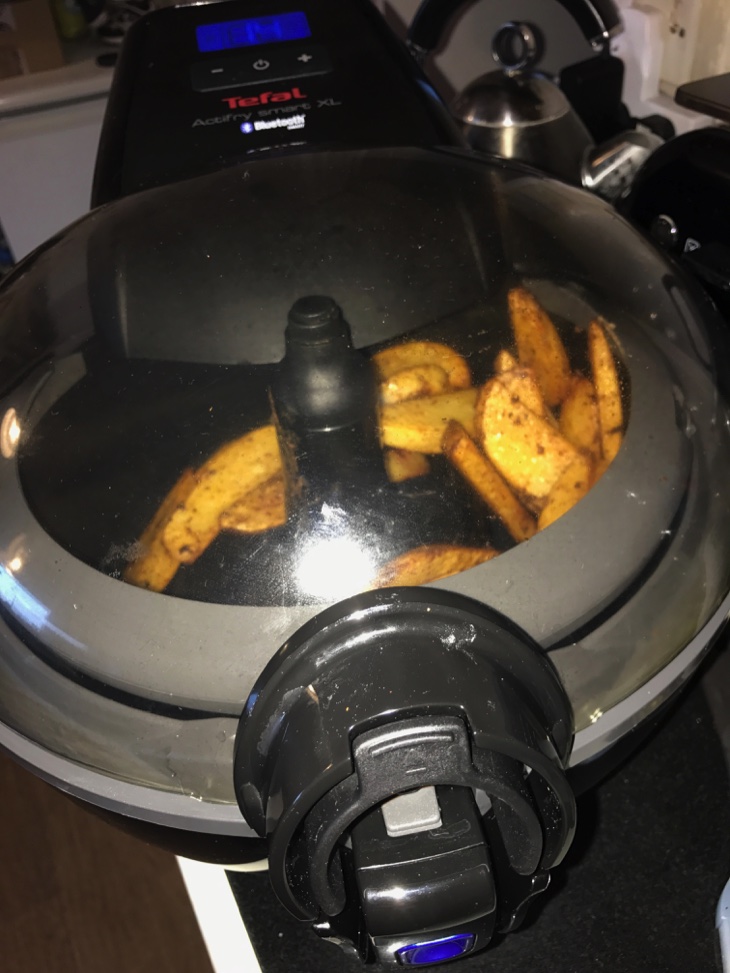 Being able to use the app rather than the book does make life that much simpler, and we found we had far better results each time, as at times we have heard people are guessing the times of how long to cook food for in other Air Fryers because they have either lost the book that came with it, to just could not be bothered to look it up. Ok, so you still have to look these timings up in the app, but seeing as though many of us are pretty much glued to our smart devices, it’s not that much of an issue. 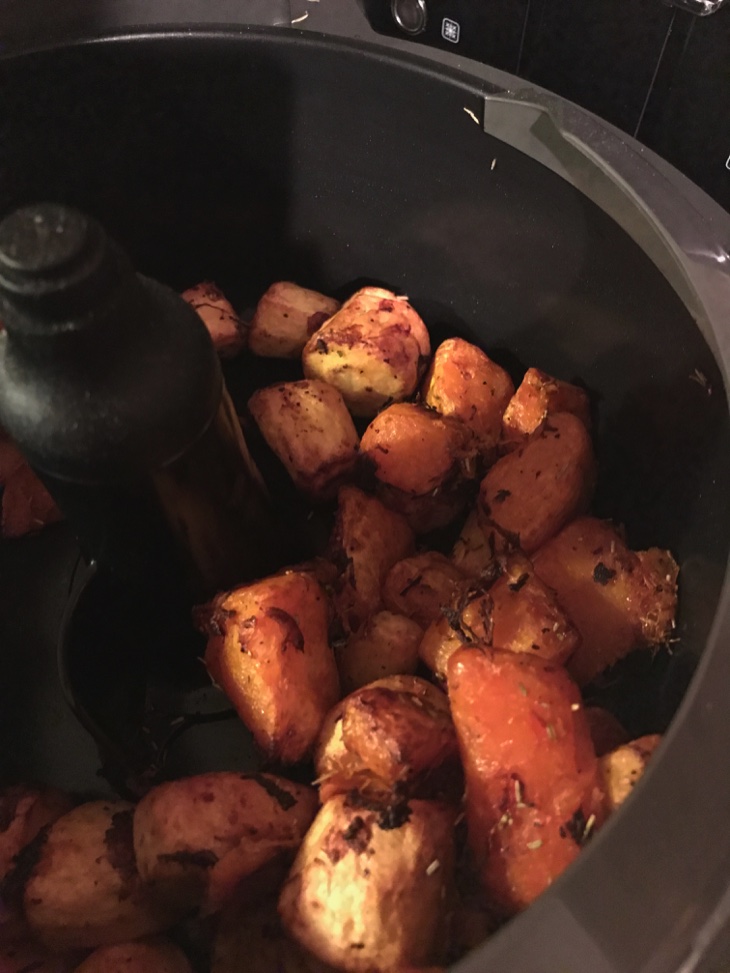 It was certainly nice to cook food in this each time and not worry about leaving it, as you do with a deep fat fryer. Ok, you do have to be careful because it still gets hot, and be extra careful when the sound finishes informing you that the food is ready, as when you open the lid you are greeted with a waft of beautiful smelling food and a great deal of heat as well.

You never have to worry about overcooking the food either thanks to the app, which some people have done with other Air Fryers in the past, and so the food is not only dry, but solid as well. 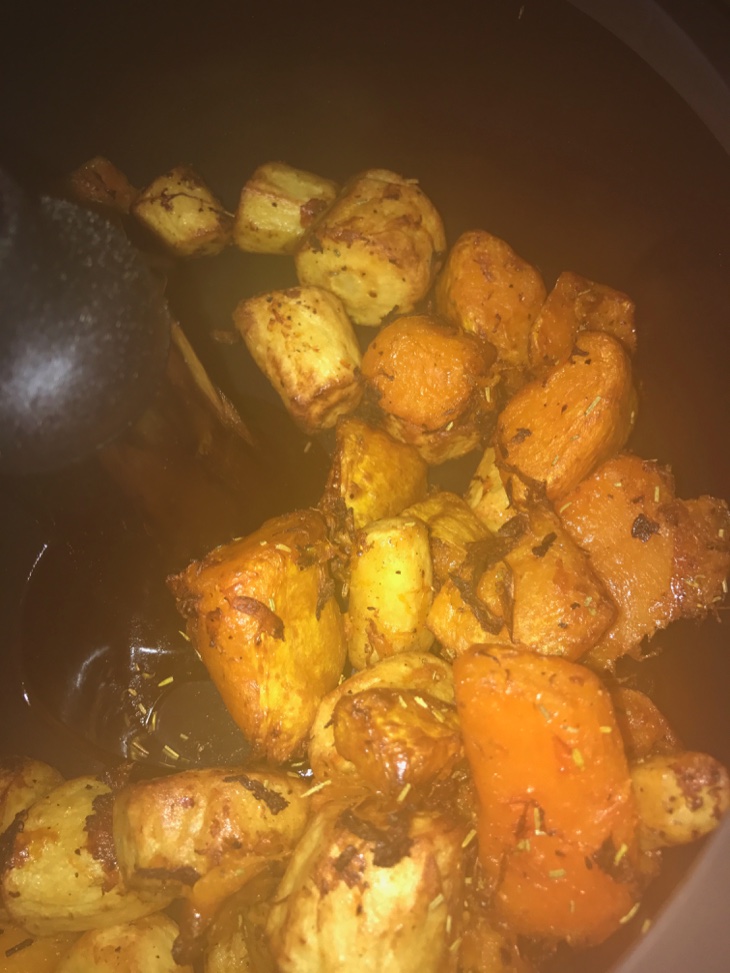 While we really do love the Tefal ActiFry Smart XL with its interactive app that helps boost your cooking confidence, and also the fact you get to enjoy healthy cooking, there is a downside. Well, two really, with the first being it can often be a bit tricky to get clean, and so you may want to soak the cooking container, as it does come out with its built-in handle. However, the biggest issue is with its price, as it will cost your over £250.

Oh dear, there does seem to be a bit of an issue buying this one, as we can only see Amazon selling this model at he moment. Even the links on the Tefal page of where to buy the ActiFry Smart XL do not work.