Sea Of Thieves is an imaginative and expansive pirate world game with lots of customisation options, it’s especially good if you love being rewarded for creative gameplay. We take a closer look in this quick review, after seeing the Sea Of Thieves on Xbox One in a special bundle at Tesco. 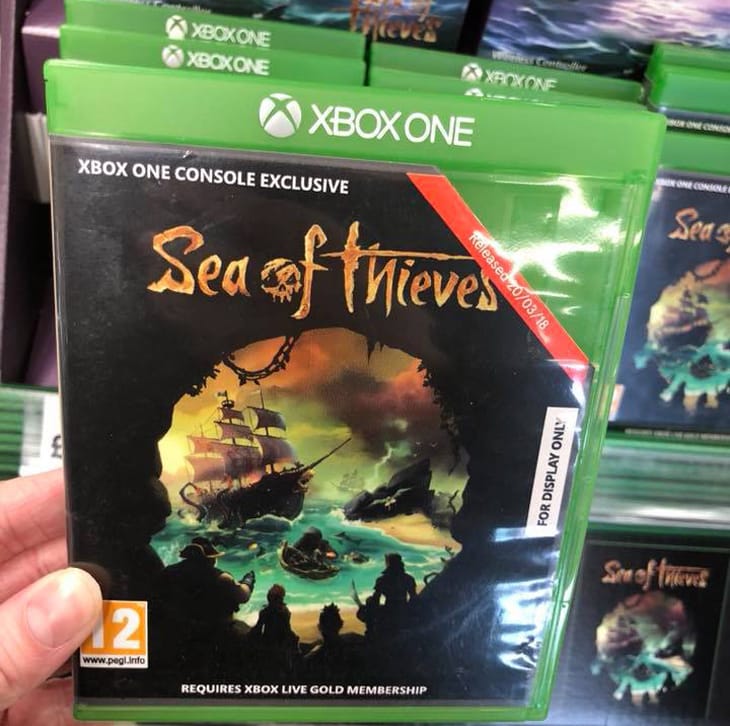 This game follows the story of a lonely pirate who takes to the high seas without a crew, making your own story in a number of ways alone, or deciding to team up with a crew of up to four players thanks to this shared world action-adventure.

Sea Of Thieves is really about stories, and there’s lots of them to be told or created. Be it the the sailor who retrieves the skull of an undead king, a crew who tackles undead skeletons in a fortress, or a pirate who teams up with mateys in a mighty galleon to terrorise the high seas. 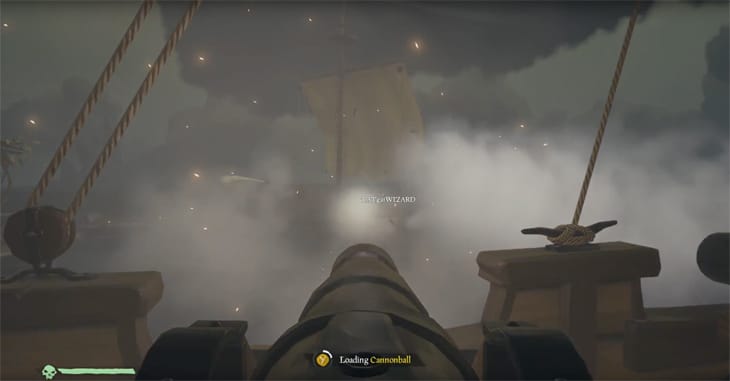 Developed by Rare and published by Microsoft Studios, it released worldwide this week from 20th March, 2018. You’ll play in a first-person perspective and have the ability to play against others on Xbox One, or enjoy taking on those on PC thanks to cross-platform play.

In this open world, you’ll see it mostly on a pirate ship and will be able to take on a number of roles. This may be steering the ship, firing cannons, navigation, hoisting sails, and taking on quests to engage in combat with other players. You will come across others often, thanks to Sea of Thieves being a shared game world (This means you will just encounter others from time-to-time during gameplay). 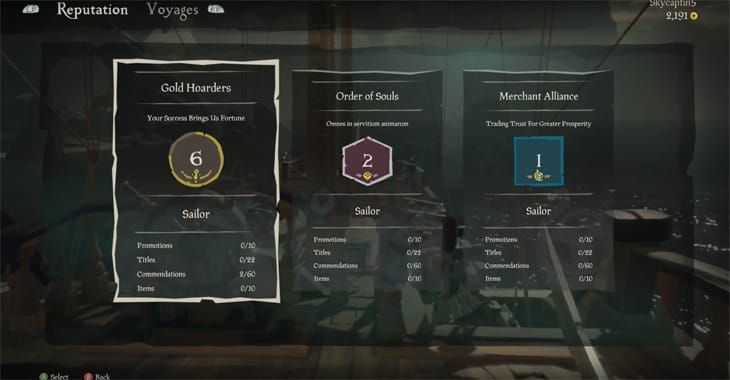 If you’re looking for graphics to impressive friends and family on your new Xbox One console, then that won’t happen. Sea Of Thieves has a cartoonish art style and not realistic, or lifelike, graphics, although the gameplay is fun and exaggerated. You’ll be able to perform crazy stunts thanks to the exaggerated physics engine. 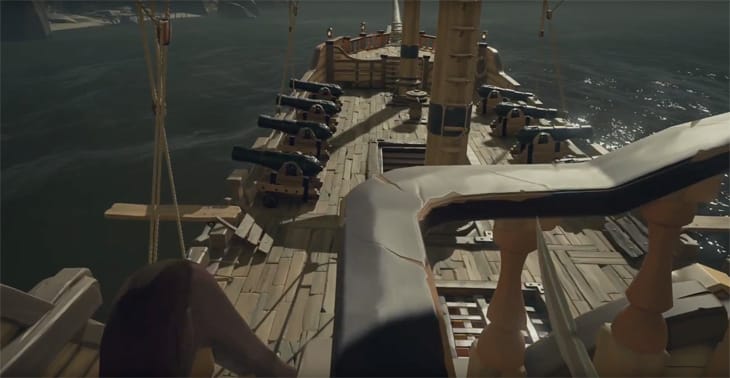 Open world gaming these days allows for huge worlds on the latest consoles, in Sea of Thieves it’s no different, you’ll find dynamic storytelling with a variety of experiences, which adapt dependent on how you interact with each encounter. This means each adventure can turn out very different. 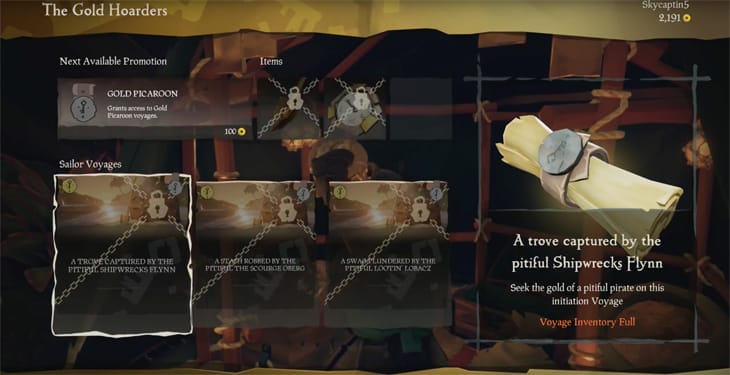 You won’t find a set story to follow; instead you start by picking a Trading Company that include Merchant Alliance, Order of Souls and The Gold Hoarders. Each of these Trading Companies offers different types of quests and as such, gives you a different experience. 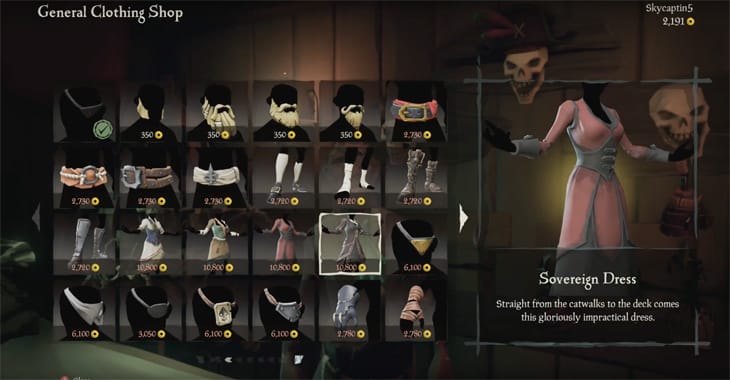 The good news is you don’t have to stick to any particular faction, as this then allows you to build reputation with each Trading Company. This is the game’s level system, so you can then unlock better equipment and more challenging objectives. 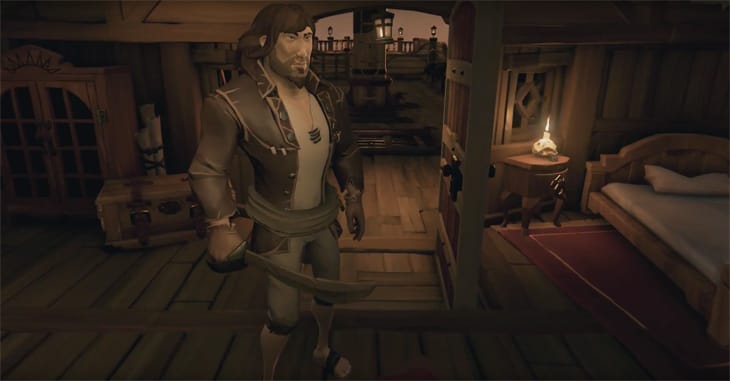 We joined a more experienced crewmember at the start of the game, which allowed us to join a higher-level voyage, although there’s still a level restriction on buying certain quests. You can do the same by meeting up with a high-ranking pirate that will take you along for the ride, it’s a great way for beginners to get on rare quests and get rewards shared from these. 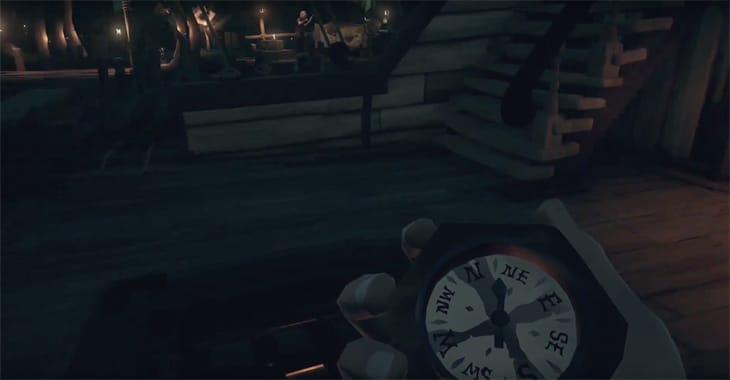 You might find the controls a bit strange to start, although everything is there for a reason and you’ll find this out as you go along. There’s lots of items in your tool wheel with each having its place, and there’s a purpose for everything including using music to tame some creatures. Have fun trying to find out what works with what, it’s half the fun! 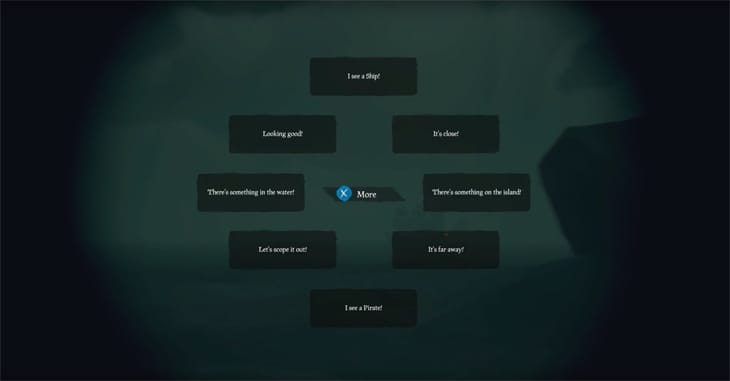 Customisation is huge, many of these are earned during the game and allow you to do all sorts of things, from changing your in-game look to redesigning the ship. Expect a number of challenges though, before you get to unlock everything. 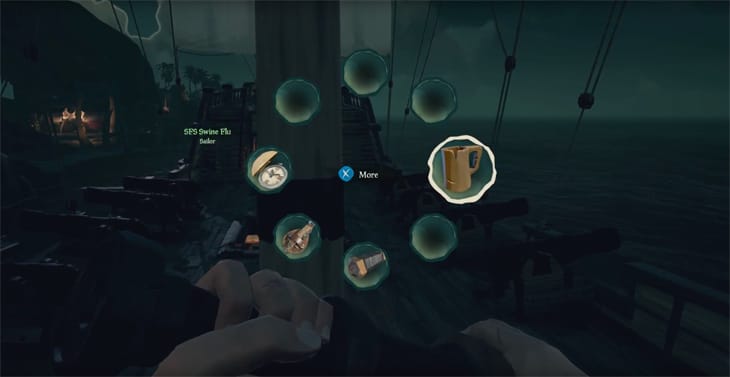 It’s worth pointing out, you will enjoy Sea of Thieves a lot more with friends. It’s tough on your own, and much more fun with others. You’ll need a team to help repair damage to your ship, control the wheel, adjust the sails, and more! 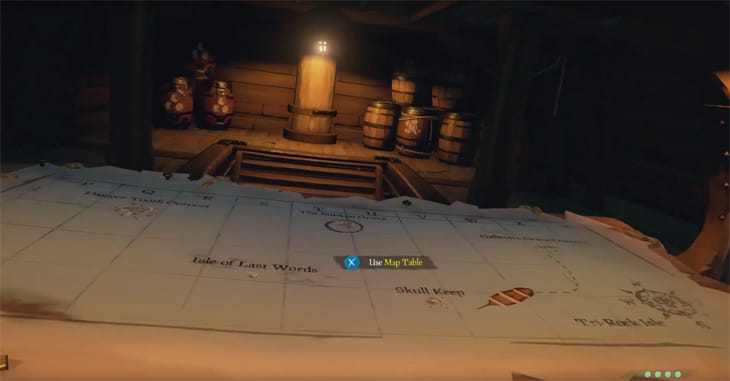 This is where some will hate the game, ending up playing with random players and each not wanting to work together on needed tasks. If there’s no organization, things can go wrong very quickly, and sailing on your own has its own set of problems.

Rare created a world you’ll want to explore in Sea of Thieves and one we’ve had some good fun in. See a few more screenshots below. 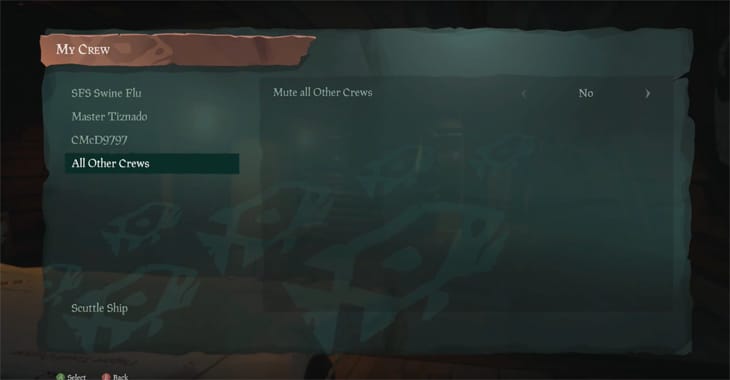 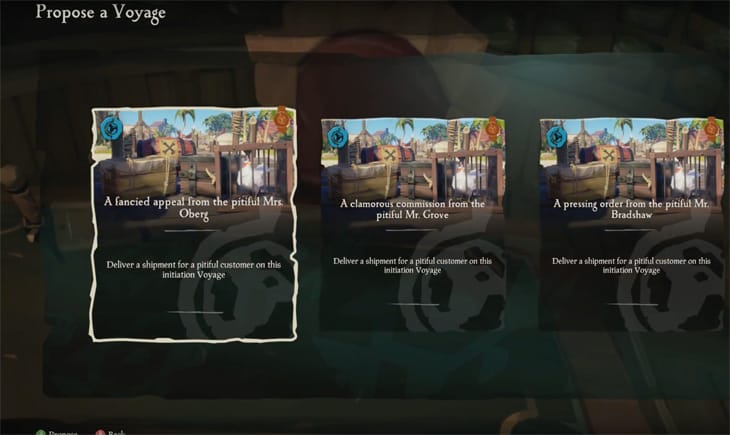 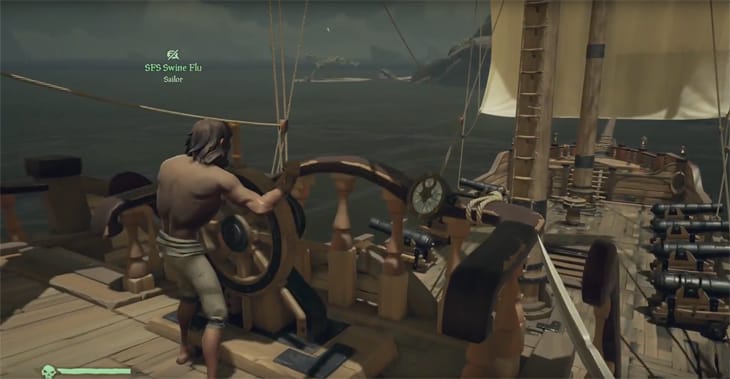 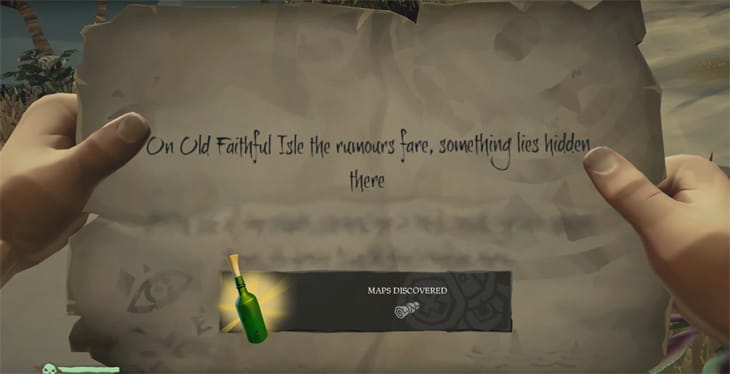 Sea Of Thieves Xbox One Controller – You can even get a special edition Xbox One controller in the theme of Sea Of Thieves, as seen on Tesco, which is a must for die-hand fans and those who collect limited edition controllers. 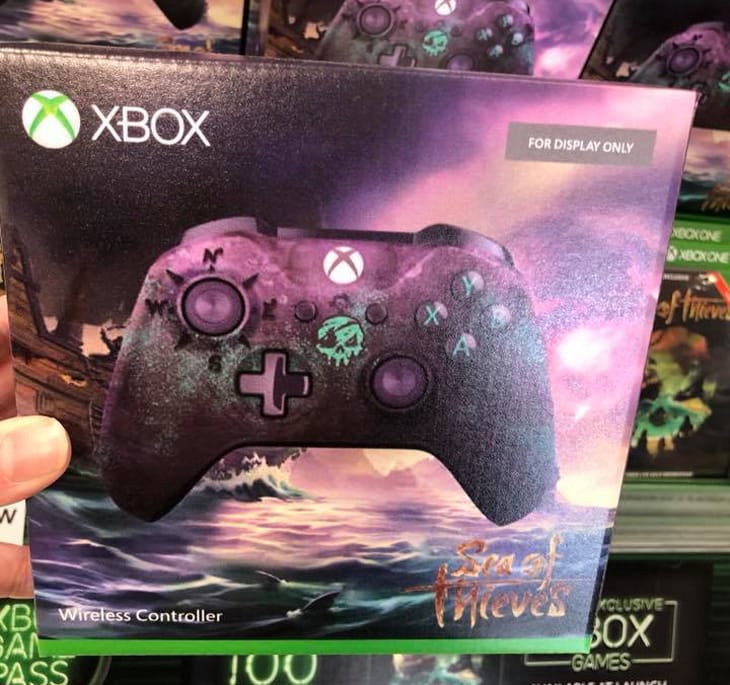 In Summary – Sea of Thieves has plenty of charm and made us laugh on a number of occasions, it’s certainly made for those who love adventure. It may lack in content, in some areas, although if you enjoy a true pirate game you won’t be disappointed in Sea of Thieves. For these players, they’ll find an incredible experience in the first few hours, but for some, could be left feeling like the game needs more mission variety, more meaningful progression, and just more ways to play the game to enjoy action rather than management.

Bottom-Line: The pirate world is expansive and creative to a point, you’ll find many customisation options, but putting crews together can be hard. 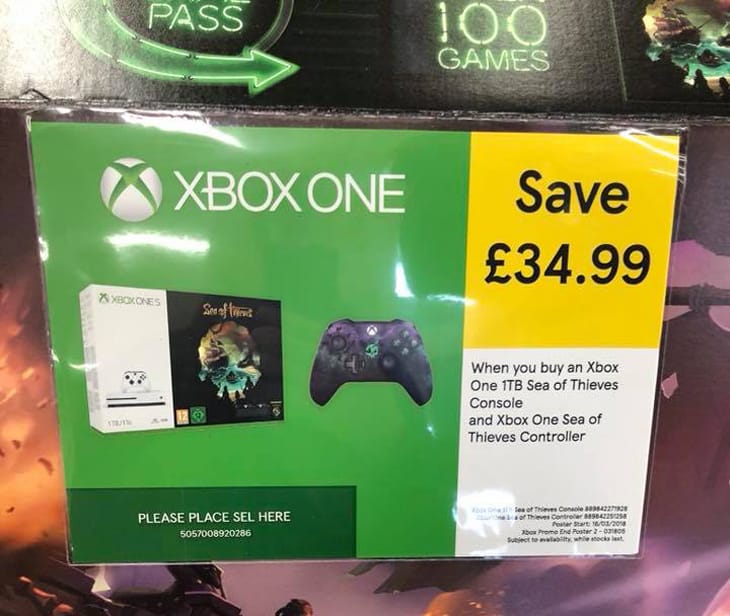 Sea Of Thieves Xbox One Bundle at Tesco – If you like what you see in the bundle above, you’ll need to be quick, as it ends on 27/03/18 and gives you an Xbox One Sea Of Thieves bundle with a Sea of Thieves Controller for ONLY £259 on Tesco Direct. You can see the same bundle spotted in-store within the above photo.