The latest version of Roku’s Media Streaming stick has some lovely upgrades and boosts both visual quality along with performance. If you owned the original streamer stick from Roku, then you would have noticed a number of performance issues that resulted in laggy navigation, although things have moved on since then with the Roku 4K Stick UHD Media Streamer (AKA Plus).

This NEW 4K UHD Roku Streaming Stick will deliver a more speedy upgraded UI, improved remote, extensive app support, and it doesn’t need a dedicated AC adapter. This upgrade comes at a higher price of £79.99, although if you’re quick, then you can benefit from a great deal at £20 OFF on Tesco Direct at the time of publication. 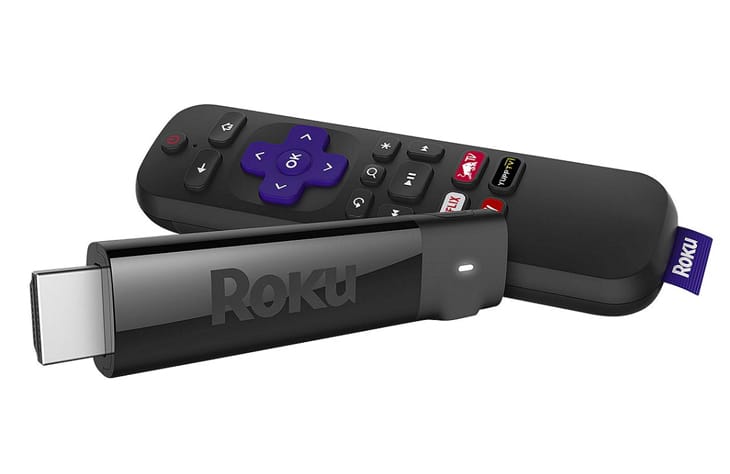 Justifying The Price – Those who used the previous version would have just put up with laggy performance, as in a nutshell, the Roku Stick gives you access to all the major streaming services and thousands of handy apps. With that said, it’s well worth the upgrade for a performance boost alone, but throw in 4K and UHD visuals (if you have a 4K Ultra High Definition TV), then it’s a MUST-HAVE.

In this article, we are only giving the main Roku 4K UHD Media Streamer Stick features a review and taking a closer look at the improvements compared to previous versions.

What exactly is the NEW Roku Streaming Stick? It’s a streaming device from a well-known brand, which has been upgraded to 4K and HDR, although getting the price right for consumers is always a tough balancing act when adding these features. You can buy cheaper with the likes of Chromecast Ultra, although this is way too basic for some people and Apple TV 4K ends up being too highly priced for some, so in our opinion, the Roku 4K UHD Plus hits the sweet spot.

We should also point out the new 4K Amazon Fire TV, as this is a great option, although you could feel like you’re being pushed towards Amazon’s services compared to the more neutral Roku 4K Stick. 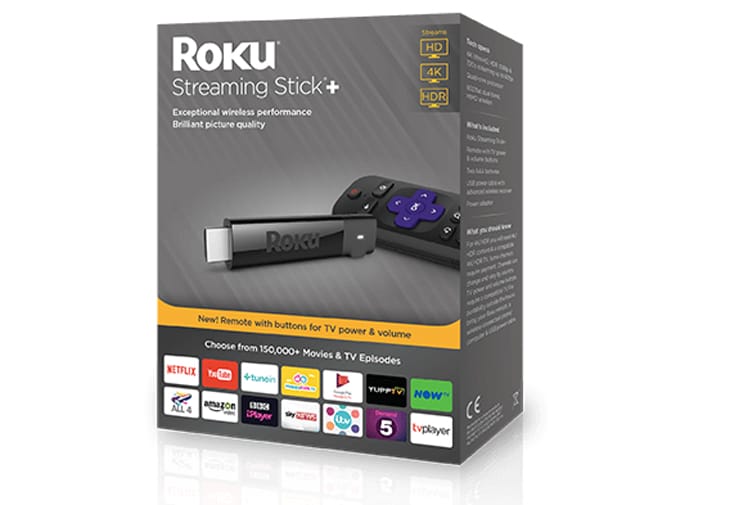 Simple Design — The new Roku Streaming 4K UHD Plus Stick keeps the design simple, it streams and there’s not much more to it. This is a good thing, as it does this job of streaming very well.

You’ll find a HDMI plug at one end, allowing you to connect it straight to your TV, AMP, or projector without the need for an AC power adaptor, you simply get power using a mini USB. This isn’t always ideal for older devices, but for most it’s perfect.

The latest Roku stick includes a USB adapter for power and dedicated mains, compared to older versions, which you had to purchase this separate and only got a supplied AC power adapter instead. The NEW 4K Stick also features a wireless amplifier in the mini USB cable, which should help boost Wi-Fi range on the dual-band 802.11ac.

You’ll also find the small remote in the box, as we mentioned above, it’s simple but does the job well. Also, it’s better than only having an app remote like some other devices. You can even control your TV with volume and power buttons, plus quick buttons to Netflix and other services. 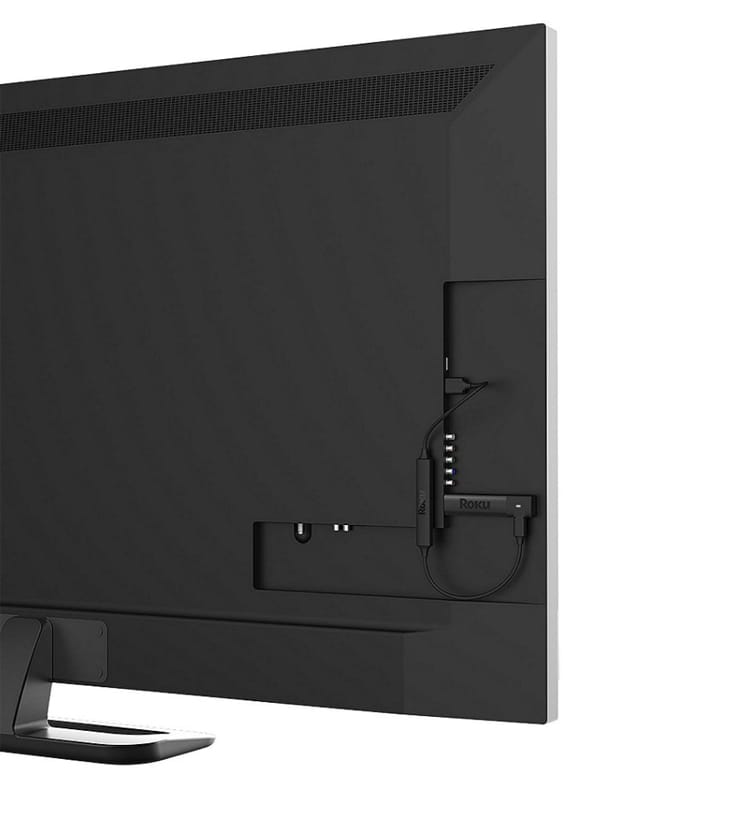 Roku Streaming Stick Plus Biggest Feature – Those who don’t like Apple devices might feel that way for one reason, a controlled and closed system. Roku is nothing like Apple when it comes to this, their new 4K UHD Stick offers many upgrades and stays an open system. Meaning, this ecosystem has excellent support for apps and you’ll find all the biggest players included. Making it one of the best range of services and apps available, unlike we see with other devices leaving someone important out due to whatever reasons they have.

You’ll find Netflix, Amazon Video, Now TV, YouTube, Google Play, Sky Store, All 4, ITV Hub, BBC iPlayer, Demand 5, Vevo, Spotify, TuneIn, and thousands of apps you may not have heard about before. Well worth a dig through. 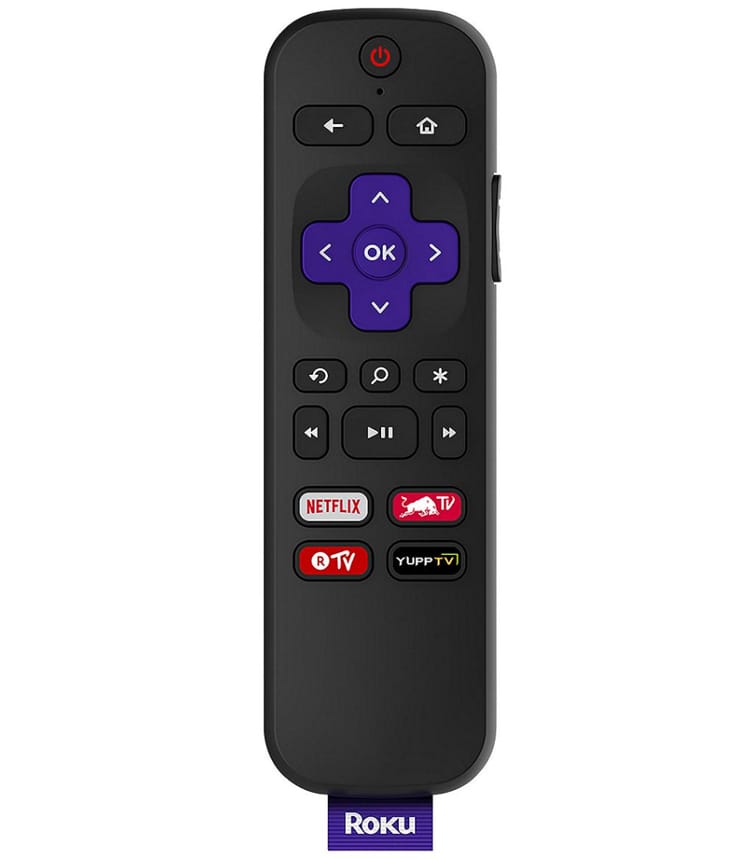 It’s worth noting that not all apps play Ultra HD 4K, although the important ones will like Netflix, YouTube, and Amazon Video in 2160p at 60fps. The visuals we watched on our 4K UHD TV were amazing, and it’s certainly not the best TV around.

Setup was easy, speed is really impressive and even more so when comparing to the older Roku model stick we had before. Apps load much faster on the newer version, they’re quick to browse, and we haven’t seen any lag yet. Plus, we haven’t had one crash, which can be an issue on other devices, even Apple.

Roku mobile app – It’s worth noting you can also download the free Roku mobile app, which helps control the Roku Streaming Stick from your compatible Android or iOS phone. App features include streaming your own music, videos, and photos via the Roku app/stick to your TV. Of course, you can also control other features of your entertainment viewing too! 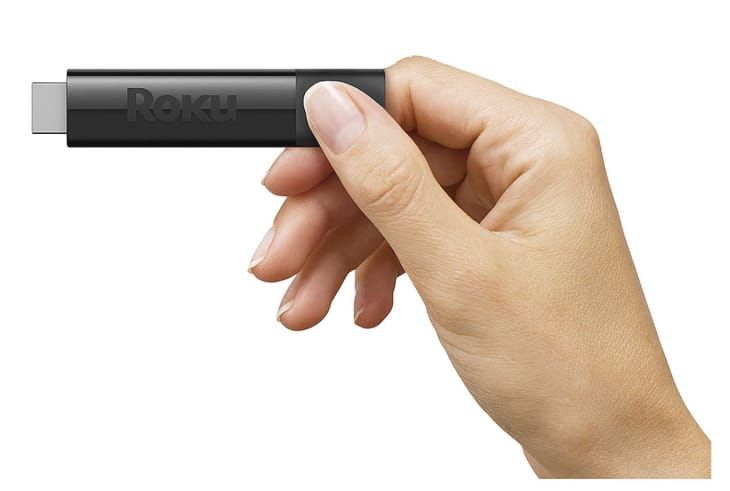 Bottom-Line: There’s a streaming stick for everyone thanks to the current range on the market, although in terms of User Interface and range of streaming options, the Roku 4K UHD Media Streamer is one of, if not the best, around right now! It has extensive app support, the best interface, it’s very fast, doesn’t need a dedicated AC adapter, and a simple to the point remote. While you don’t get Dolby Vision support, this isn’t something most consumers will be worried about.

If you’re looking to upgrade an old TV to have all the latest apps, want a streaming stick with great 4K UHD apps, or need something that can connect to your TV like it’s not even there, then the new Roku 4K UHD Media Streamer Stick would be our first choice.

WHERE TO BUY – At the time of publication, Tesco Direct has a generous £20 off the Roku 4K UHD Media Streamer Stick, so making it an excellent purchase right now.