More of us are turning to securing our homes ourselves for two reason; the first is because it is a lot cheaper these days, and second, because of the ability to control the functions of these security devices via our smartphones and tablets. There is also another reason, and that is being able to install these systems on your own because there is no need for wires in most cases — well maybe just for the power.

There is one drawback though with the self-install system, we are not certain if that will help reduce your house and contents insurance premiums because of not being fitted by a qualified person. Then again, for most people it’s not about that, as it’s more about keeping your home safe from intruders, and this is where the Panasonic Home Monitoring & Control Kit KX-HN6012 comes in. 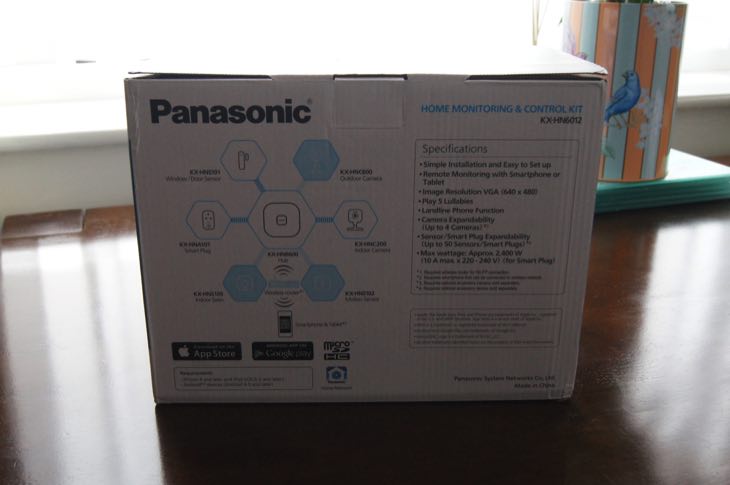 This is no traditional alarm, but rather spec tech instead. This means that you are able to control your home with the use of an app, called the Access Tester, which can be downloaded from the Apple or Google Play stores. 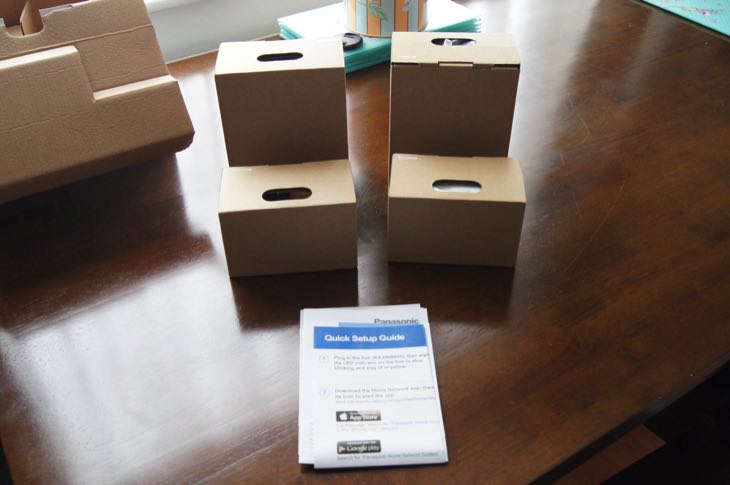 Before we offer our own hands-on review of the Smart Home Monitoring and Control Kit. The pack consists of the main Smart Hub, along with a Smart Plug, Window/Door Sensors, an Indoor Camera, along with batteries and also instructions. If you would like to keep an eye on the outside of your home, then there is an optional Outdoor Camera. 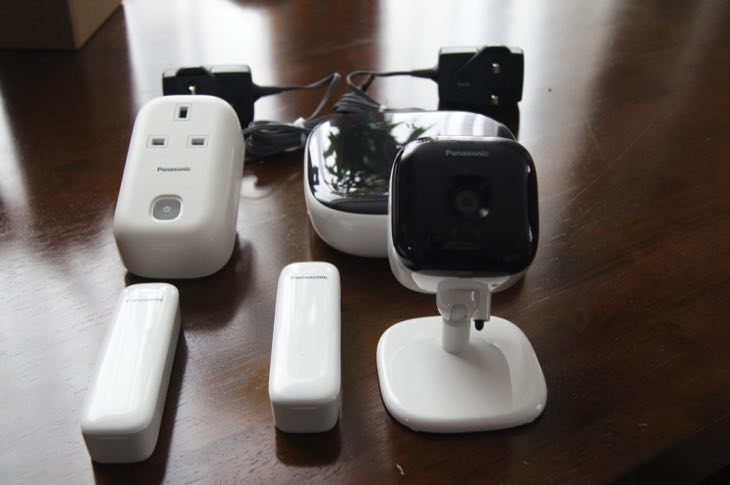 All of the devices listed above connect to each other wirelessly, and so gives you the freedom to move things around as needed – or even take the entire system away if you are moving home. 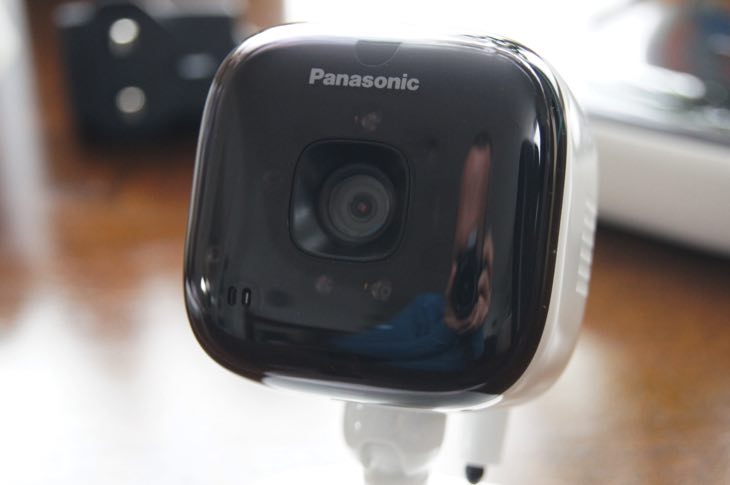 The images on the box gave us the impression that the items inside would be small, yet functional, and this was just the case. We loved the white design because it goes with anything colour scheme you have in your home. There is certainly a lot of packaging, something that we think Panasonic should consider reducing. 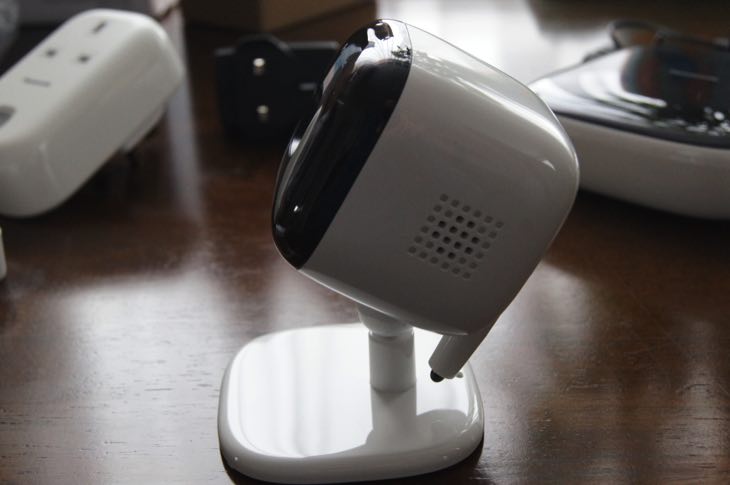 If you have never set up anything like this before, then it can be a little daunting seeing an array of devices in the box. However, don’t be put off because it’s easier than you think — although some knowledge of how smartphone and tablet apps work is needed. 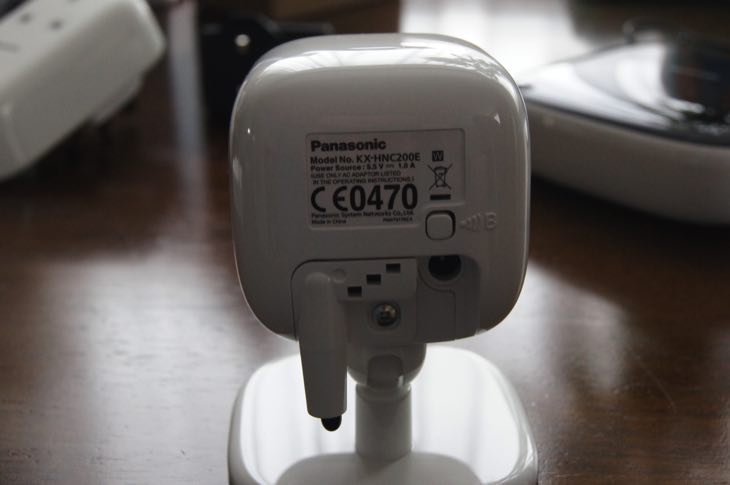 You have two options when setting up, which does depend on how tech savvy you are. The first is a Quick Setup Guide, and the other, detailed step-by-step instructions of what to do. The former of these guides was the one we went for, which instructed us to download the Panasonic Home Network System app, which you can see the links for above. You are then able to connect the main Hub to your Wi-Fi network, which was a very simple process. 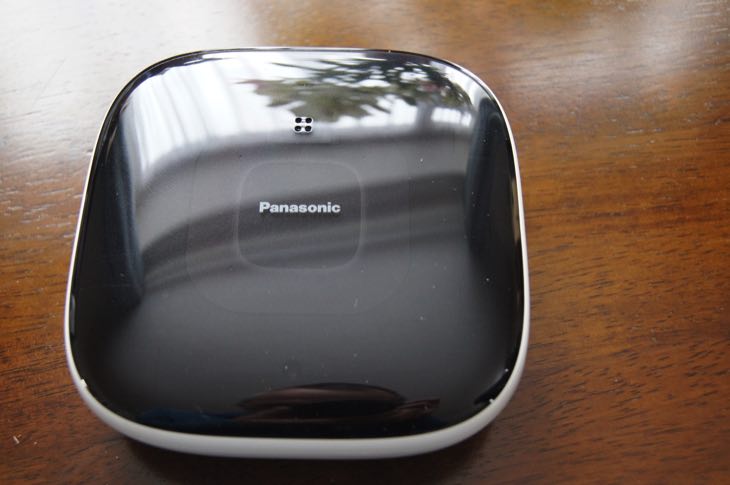 You don’t have to be any sort of expert to know that the main part of this system is the Hub, as it’s this that allows all other components to connect to each other up to a maximum of 300 metres away. It’s also the Hub that has an SD Card slot so that you can record extra footage from the camera that you have connected. 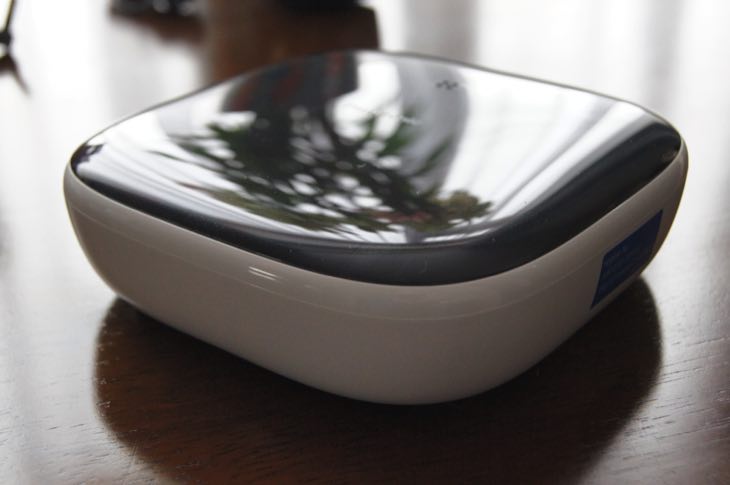 All three devices were very easy to setup, and install in the appropriate places — but don’t turn the Hub off by mistake, as it renders the entire system useless. Now we know that some reviews have said this is more of a flaw in the system, but what else did they think would happen? We have included the official tutorial video from Panasonic below to help show you just what the system is about. 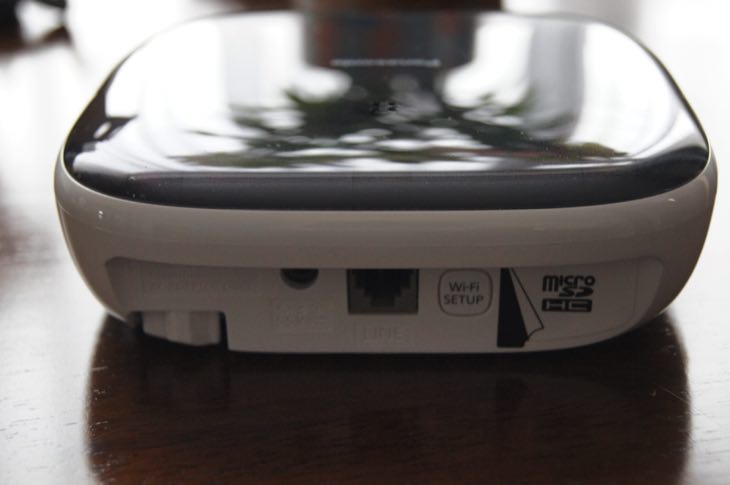 What we do find handy is how you are able to add more to this kit, so maybe an outdoor camera as well, along with a few more door/window sensors. Adding more devices is a simple task, and also gives you greater control over your home. 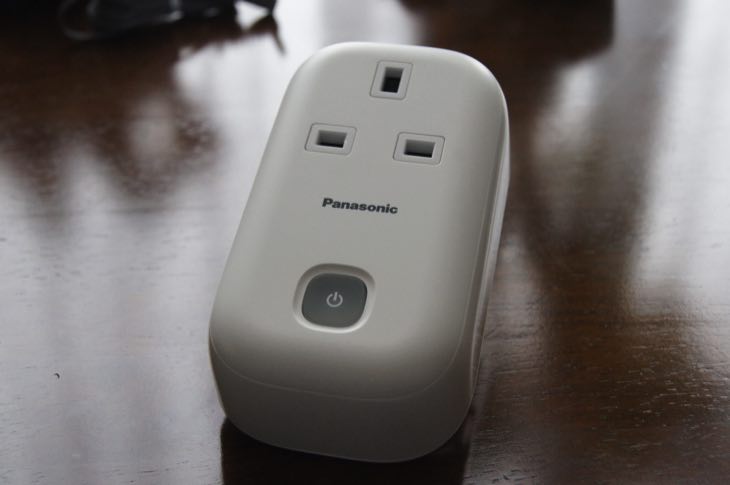 During testing we found one feature very handy, and that was the ability to have video footage recording at all times, or to use the motion sensor. This came in handy when we had to pop out for a couple of hours and left the dog in the home — well we did not want the dog keep turning the camera on all the time, and so was far better to let the system keep recording. However, we did find it very funny to see what little Stanley had been getting up to while we were out of the house – let’s just say he has a very mischievous side to him 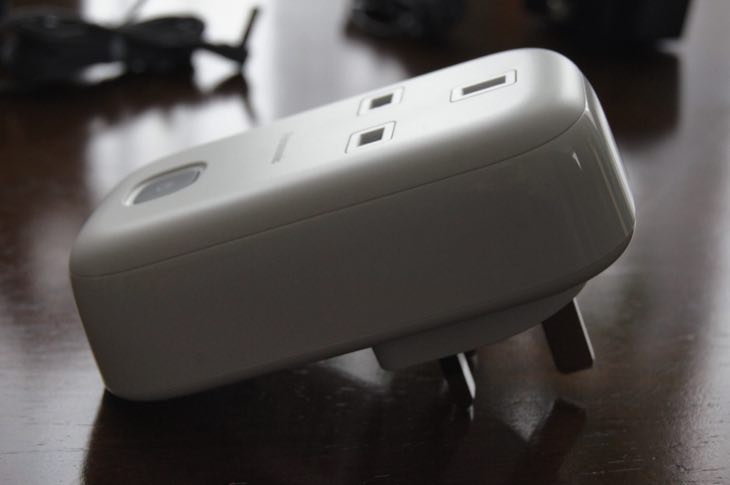 On a more serious note, we also have a small child in the home, and so it is good to have the motion sensor turned on, as this allows you to know if he has been getting out of bed, although you can also use it as a perfect baby monitor, as it has two-way communication. 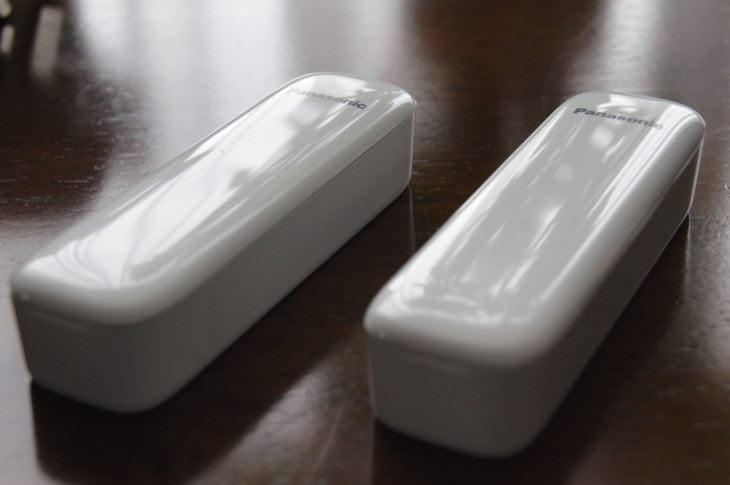 If we were to offer any sort of criticism, it would be the need to plug the indoor camera into a wall socket, which does limit its usefulness in a way, especially as the power cable is not that long in the first place. Having said that, there is always a way to make it work, you just have to get inventive with how you hide an extension cable. We had the camera fixed to a stud wall, and therefore it was easy to pull the wire behind to hide it. 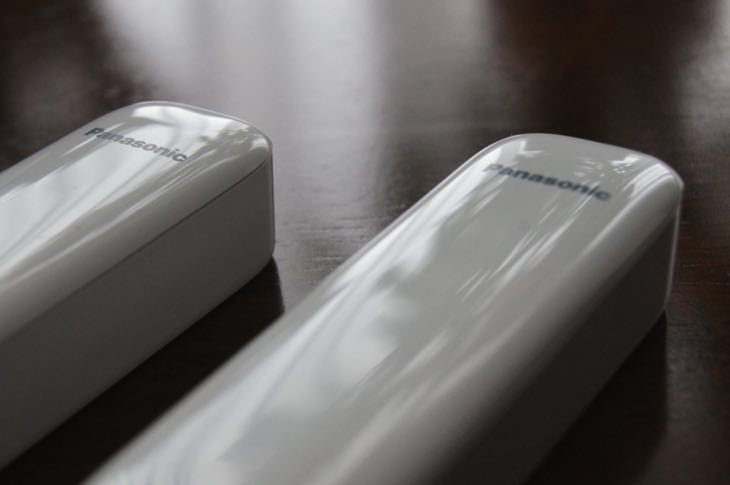 Using the app to control things was very easy, and being able to watch the live stream impressed us, and we were even more shocked with the quality of the footage — although don’t expect anything as good as 1080p, as it’s far from that, but good enough. 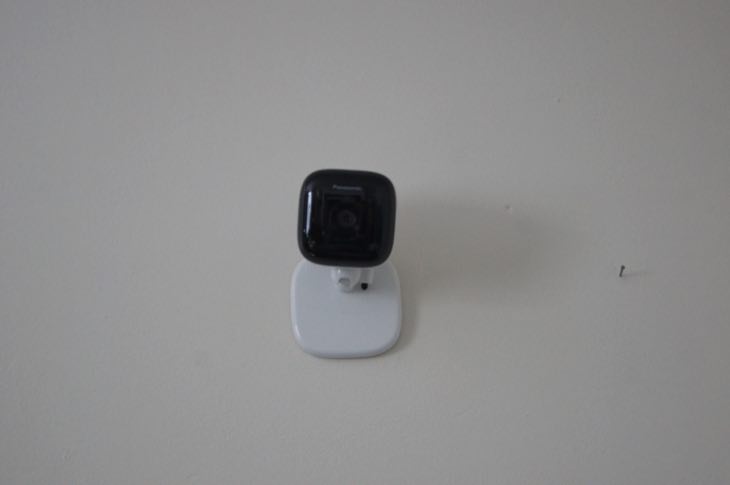 We were impressed with how we were alerted on our phone when the motion sensor camera detected something going on, and started to record right away. This is a great feature if you are out and someone has broken in, that way you are able to call the police and have them send an officer to your home. 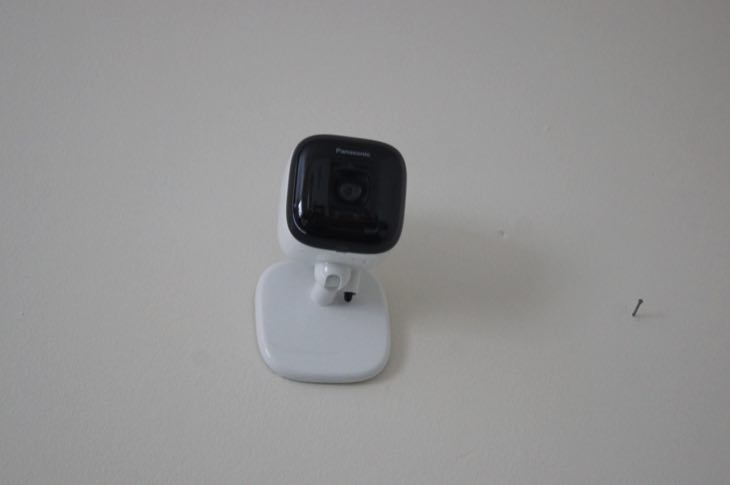 We have not used the camera as much as we hoped to, this is to do with a recent move. However, our early impressions are positive, especially using it as a decent baby monitor. 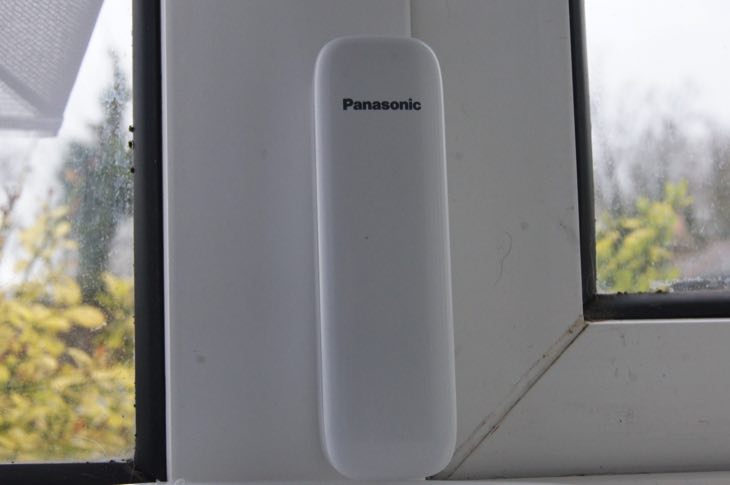 There are many places to buy the Panasonic Home Monitoring and Control Kit, although we found the better option was Currys at a cost of £229.99. We are now thinking of adding the Outdoor Camera to complement the system, along with a couple of other window/door sensors – yes we really are keeping this security system set up for good, as its far more diverse than a standard system.