Even though the iPhone 7 is due to be revealed to the world tomorrow, that does not mean people will just forget about the iPhone 6s. Many mobile phone retailers will still be stocking the model and offer a cheaper alternative to those that are not bothered about having the latest handset from Apple.

This means that the case market is still a huge business, and there will be some great offers because it being an outgoing model, and so we were very happy when our friends at Mobile Fun sent us the Moncabas Vintage Genuine Leather iPhone 6S/6 Wallet Case in Red for us to review – which we gladly obliged. 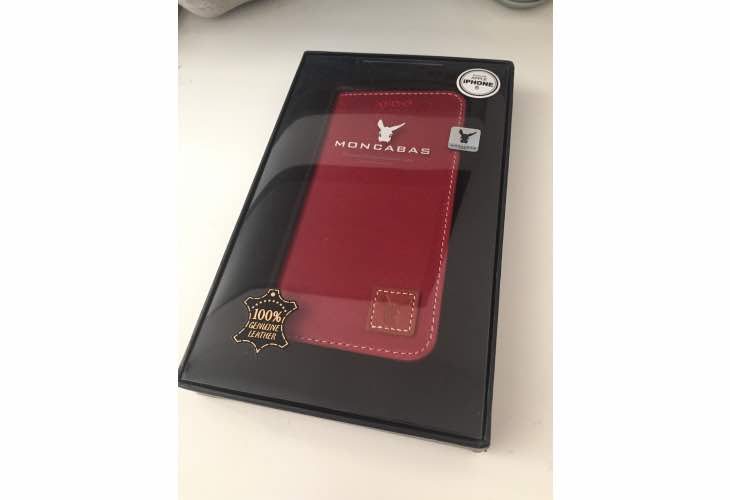 We know that it’s hard to go in to too much detail with a phone case when compared to other items that we review, although we always try to offer as much information as possible, and to give you our honest opinion, as we do not want to be bias in any way. 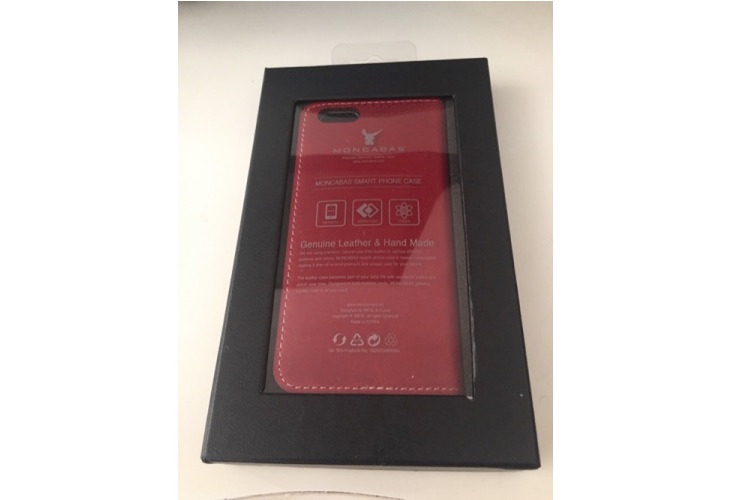 Unboxing – We did like the simplicity of the packaging, because it was clear at the front, as to allow you to see the product before we even started to unbox it. It’s very well presented, and you can see that it’s not cheaply made like some leather iPhone cases we have reviewed in the past. However, appearances can be deceptive, and so it’s better to see if it’s as luxurious as described. 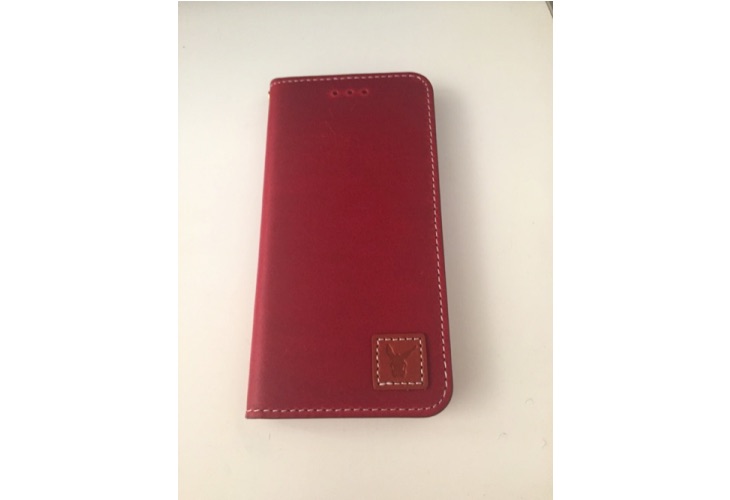 Touching the material for the first time you know right away that you have a premium case, and this is thanks to the 100% genuine suede leather, which has been handcrafted, and so no case will be exactly the same. We were surprised at just how soft the leather was, and how light the case was overall. The frame inside is made from a strong polycarbonate, and what was impressive was how easily our iPhone 6s slotted into place, rather than having to practically force it in – something that is often an issue with these type of cases. 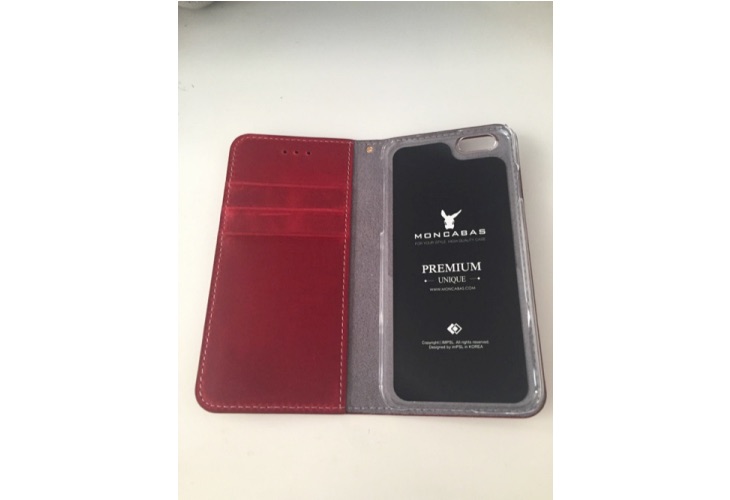 We were also pleased out how easy the phone was to pop back out, as we do like to use different cases depending on the occasion. It is all very well having such a nice looking case like the Moncabas Vintage Wallet, but this is not appropriate if the environment calls for something a bit tougher, or some sort of weatherproofing. 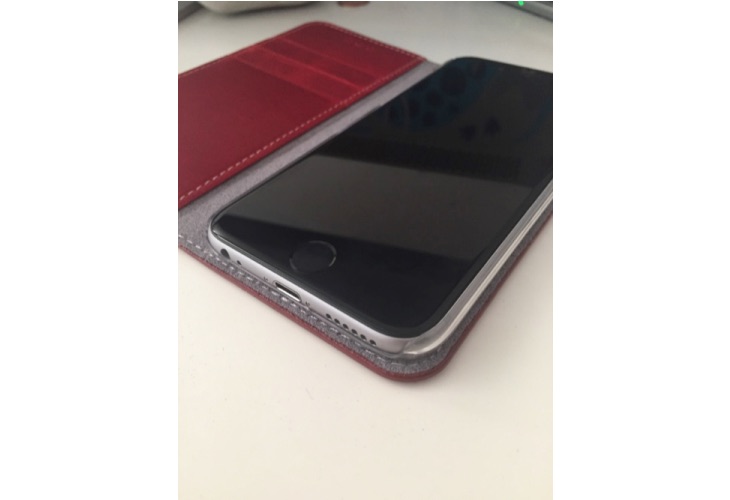 Anyway, back to this hands-on review, and you might have noticed by the images that the stitching and leather does show it has been crafted by hand, as you can see a slight differences if put side-by-side with another Moncabas Vintage Wallet leather case – something that you would not get if mass produced by machines. However, there is nothing wrong in this and just adds to the overall finish – which like we said is of a high quality. 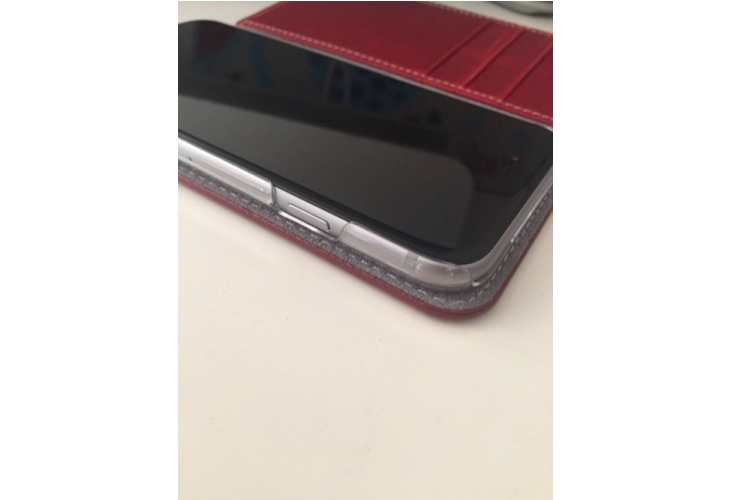 There is a stamped logo to the bottom right of the case on the front, which is slightly raised, although is so small that is does not look too imposing like you get with other products with their logos. It’s really hard to say too much about this case really, but one thing that we do like are the pockets, where you are able to keep credit and debit cards, and also a document pocket if you need to store anything larger. 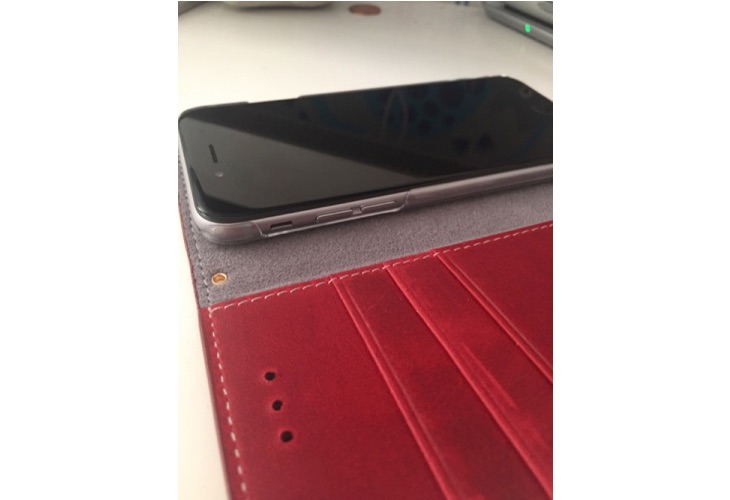 This makes it ideal if you wish to go out and keep your wallet or purse at home, and just take your card with you to pay for things, along with ID if needed. 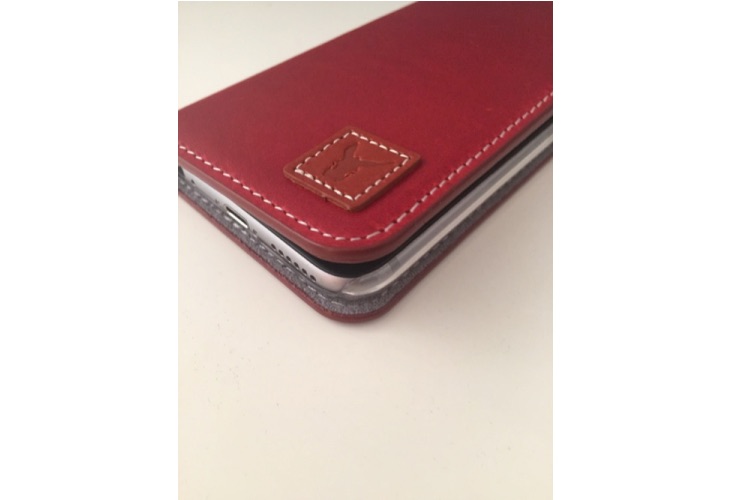 While we cannot say with 100 per cent certainty that the cards will not slip out of the 3 inner pouches, we used them for the purpose intended for several days and never had one issue with them sliding at all, and were held in snugly. 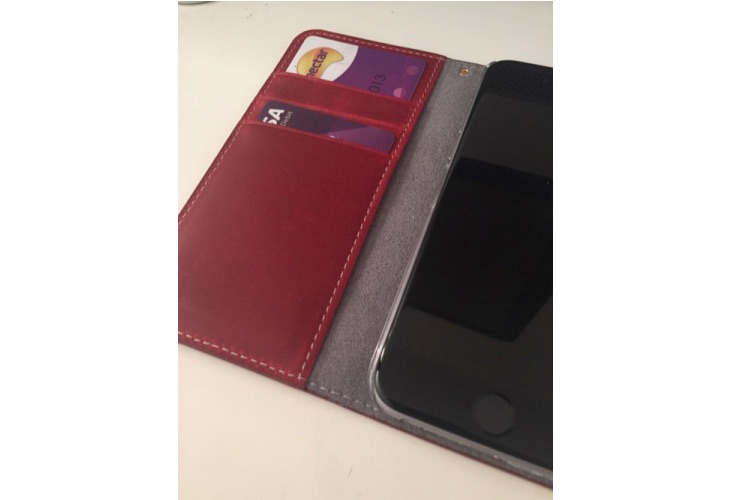 Overall verdict – Like we have said so many times, this is certainly a luxurious case, and with Mobile Fun currently selling this for £24.99, which is £10 off its usual selling price, you will be hard pushed to find something just as good for that price. However, we thought you would like to know something that some of you could be concerned about, and that is with what happened when you have the Moncabas Vintage Wallet leather case for the iPhone 6s in a handbag that will no doubt rub and brush against other items. 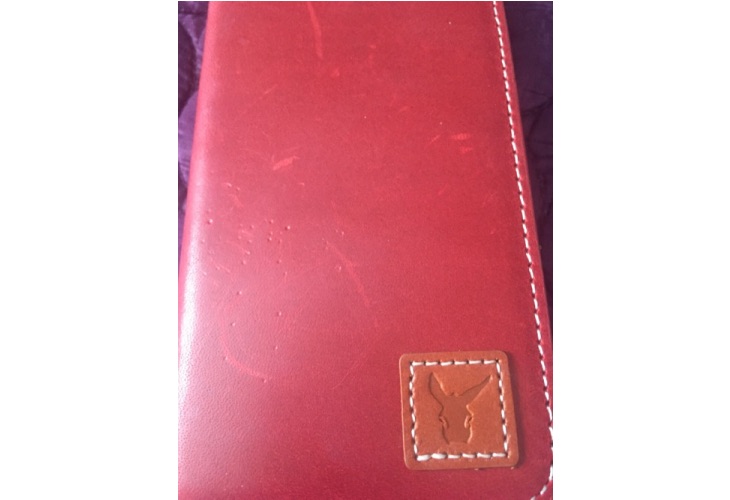 As you can see from the image just above, a few marks have appeared on the case, and we have been unable to remove them. With that being said, we have always felt that a leather product that has a slight used and worn look to it actually looks better than when they look new and pristine – wouldn’t you agree?