Ok, let’s get the elephant in the room out of the way first, and that’s the fact that the Jabra Speak 510 speakerphone is not new out, and also not the best in the range, as that title goes to the Jabra Speak 810. However, it is not the bottom of the range either, as the 410 is. That being said, the 510 is still able to hold its own against newer rivals, and you will find in our hands-on review that this is more than just a speakerphone.

The box that it comes in does not give too much away, as it’s just plan brown – although this is because it is for business users, and a way to save on packaging, and so better for the environment. Products for the public will come in designed/packaged boxes that helps to show off the product itself. Inside the box is the device itself, along with various papers, although you will only need to use the “Get Started In Under 5 Minutes booklet, as it makes it much easier to set-up. You also get a Bluetooth adapter for those of you that do not have a laptop or computer with built-in Bluetooth – although very hard to believe these days. There is also a nice little carry case to keep your speakerphone protected when not in use. 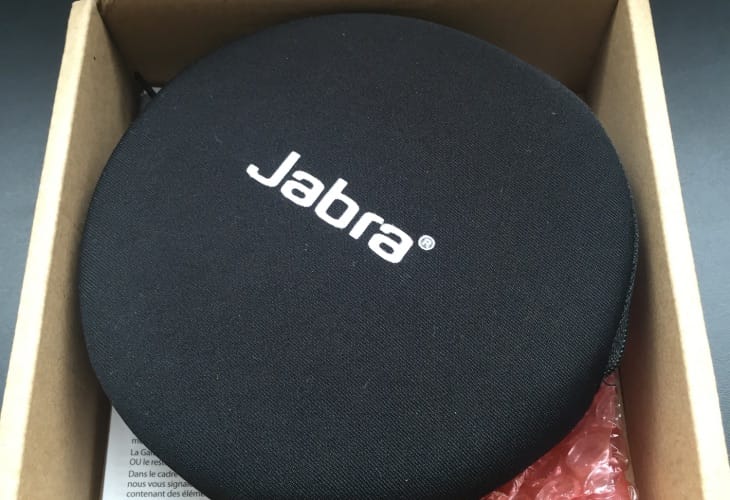 We know that there are some people out there that have had a few bad experiences with this device, but overall, we did not really have any issues, which you will find in our Jabra Speak 510 hands-on review. Before we do that however, we did take a closer look at the unit itself. You will notice that it’s not too heavy, and comes with a built-in rechargeable battery and a USB cable that is permanently attached. However, this wraps neatly around the base and presses inside the storage ring at the bottom, as to not get in the way when the speakerphone is in use. 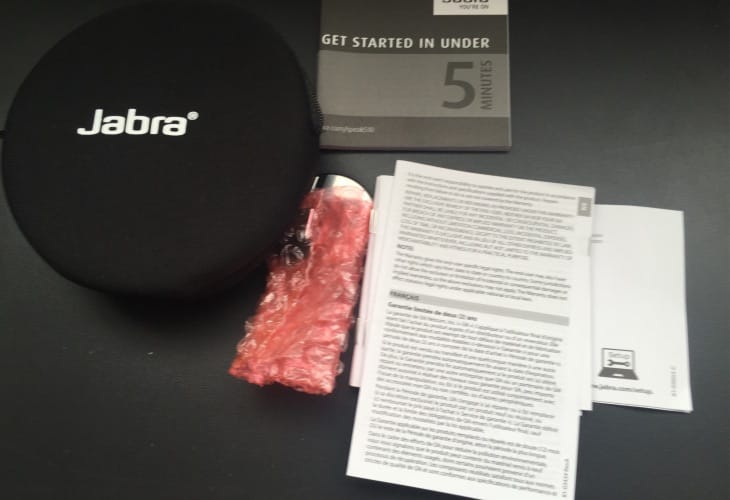 What we do like in terms of its design is the soft buttons, and so you have to basically touch them for 2 seconds so they can enable different things. There are also little LED lights that light up all around the outside edge to give you a different status, such as the volume level. There is an answer button, a hang-up button, plus and minus for volume, Bluetooth pair button and also one for mute. 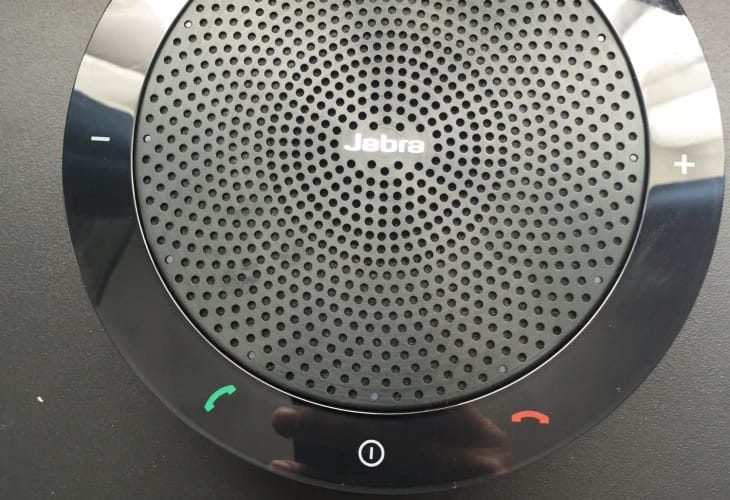 The Jabra Speak 510 speakerphone in action – Turing on was a simple task of holding the power button for two seconds, and then making sure Bluetooth is on your phone, which it was on our iPhone 6 – don’t worry, we’ll be getting the iPhone 7 the moment it becomes available. Pairing was so easy and took no time at all, one of the quickest in fact. What we also liked was how you can select your desired volume without the need to be talking to someone, as you have a little noise to indicate the set volume. 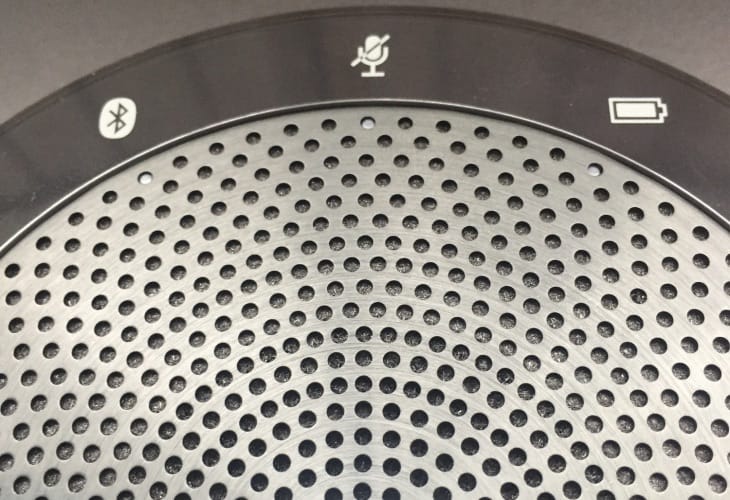 Jabra did come up with a nice design touch by adding a soft rubber non-slip around the bottom so that it will not slide around when placed in the desired position. Something that has been an issue for rival devices on surfaces such as glass tables. 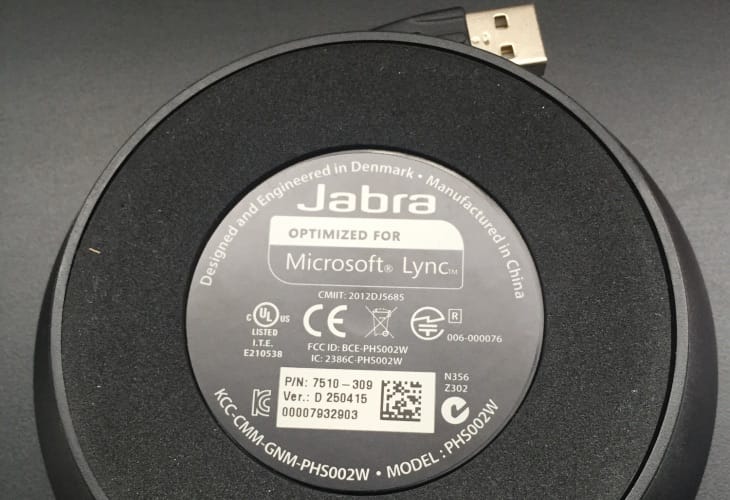 Before we talk about how it performs when making voice calls, it’s worth mentioning that the Speak 510 can also play music. Ok, so we know this is not its primary function, but it’s a nice little touch. When we tried this out we did find that there was not a great deal of volume output from the speakerphone, but it does produce more natural tone than you get from your smartphone. 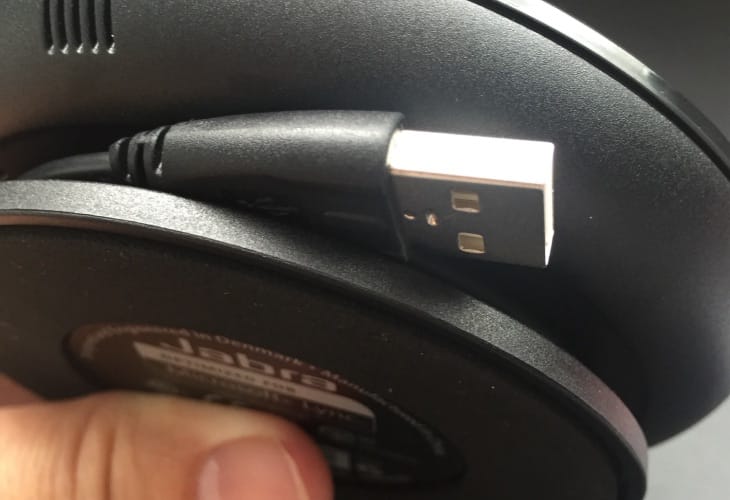 However, when it comes to call quality it’s pretty awesome and does excel in its price category, which is thanks in part to the size of its speaker. We found the voice quality very audible and reverberates around the room and sound natural to tone, making it ideal for office use – well it needs to be seeing as though this is its intended use. We did try it out with a few people in the room talking to the same person on the other end, and there was no distortion, and you don’t really hear much background noise either. 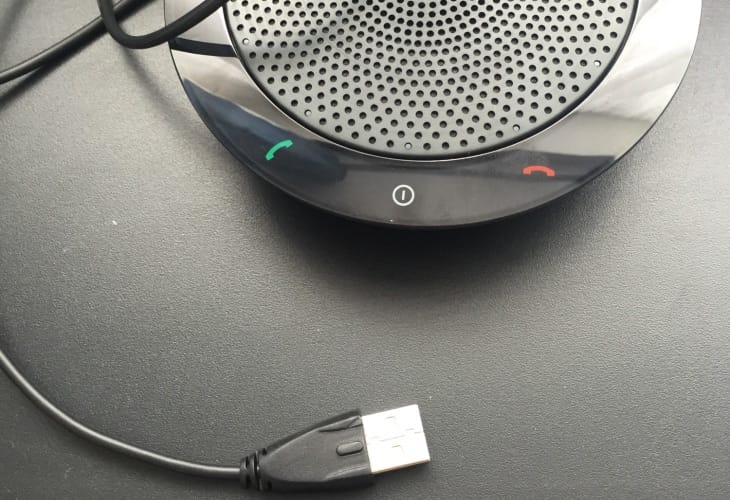 When walking slightly further away from the device the person on the other end did not notice a difference in the audio quality, and it was said to be better than many Bluetooth systems built into most modern cars these days. This could be food for thought, because you could always make use of this in your car if you do not have Bluetooth built-in. 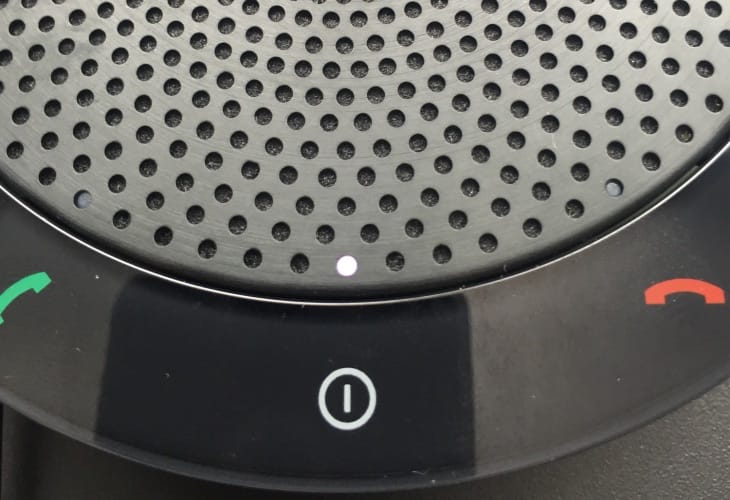 It’s not all good though, as there was one complaint from the person on the other end of the call, and that was when we moved away at least 8 feet from the speakerphone, as that’s when they noticed a little bit of hollowness to our voice, and at times sounded as though we were in a giant hall. This is a non issue if you are going to be using it in the 3-5 foot range, as you will have no problems whatsoever. 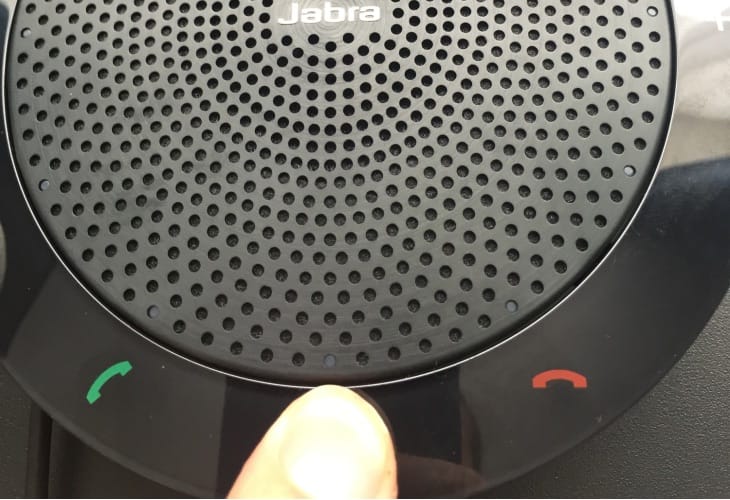 Positives – Easy to get started, ideal for small offices, and comes with decent voice quality.

Negatives – Some people will say the price is too much to pay, and that it is not ideal for using as your Bluetooth speaker.

Overall, we did find Bluetooth connectivity very simple, and held very well. Also, the audio quality during a call was decent enough and ideal for small offices. We hope you enjoyed this review, and you can also view the official introduction video from Jabra below. If you are interested, then you can head to Jabra, where the price for the Speak 510 is £129.99.