Charging your iPhone 6 or 6S can often be a pain because you have to try to find your lead, or if it has been left in the same place, the lead can often wear, and in some cases even break. If you are an owner of one of the newer Samsung handsets, then you will not have that issue because it has wireless charging built in. Do not worry because there are casemakers that have thought about this, such as Aircharge with its Qi iPhone 6/6S Wireless Charging Case with MFi. However, in order for this to work you need a compatible charger, which is where the Nillkin Qi Wireless Charging Magic Disk comes in.

MobileFun was nice enough to send us that case to review, although we did not have a wirelesses charging dock to hand, and so they sent us one of those as well. We were thankful they did because it makes this review far easier. 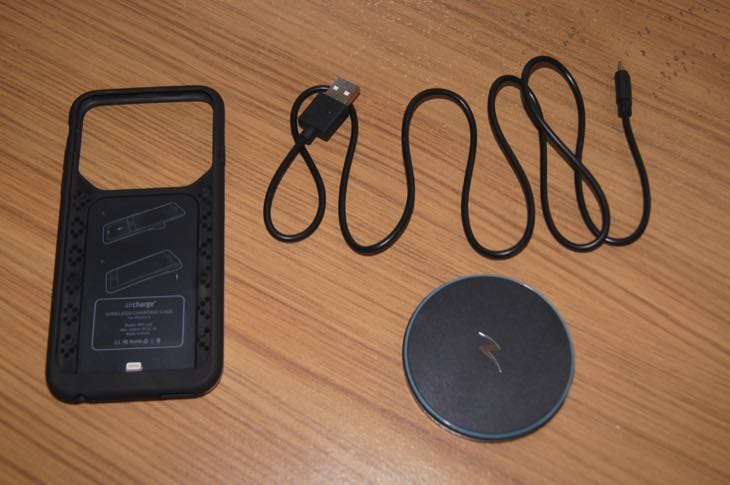 Having spent a little time with both these products we are able to offer an unbiased opinion. The first thing that we noticed with the case itself is just how solid it is, and also heavy. Slotting the iPhone in is an easy task because you slide the bottom in first so that the charging port can slide into the male part on the bottom of the case. All you then have to do is press the top of the phone and it clicks nicely into place. 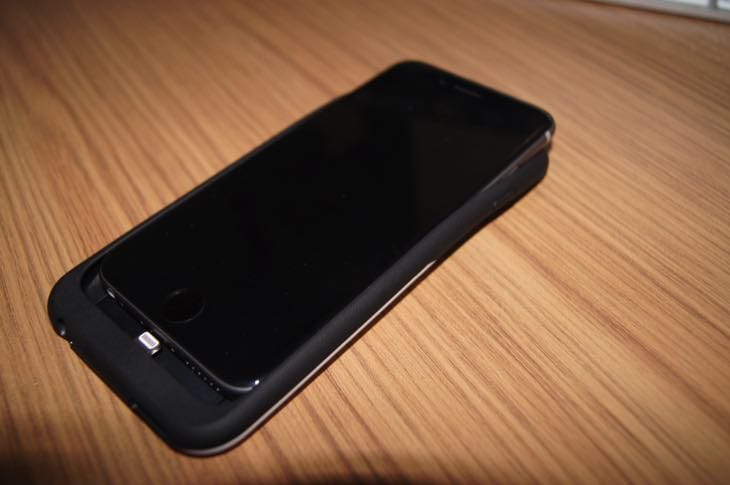 It’s all very well having this case on, but it is just an overkill if you do not have the wirelesses charging dock to go with it, and so you need to pay out for both in order for them to complement each other. 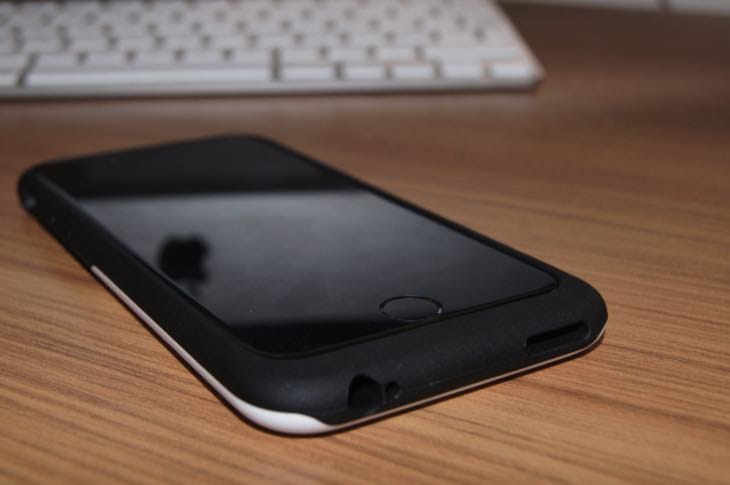 The case is not as bulky as first assumed, and once you have had it on your phone for a few days you will hardly notice it. However, we did notice that the balance of the phone feels very different because of it being bottom heavy. This is because of two factors; first is there is a thicker part at the bottom of the case, and also the huge cutout at the back of the case at the top for the camera and to show the Apple logo. 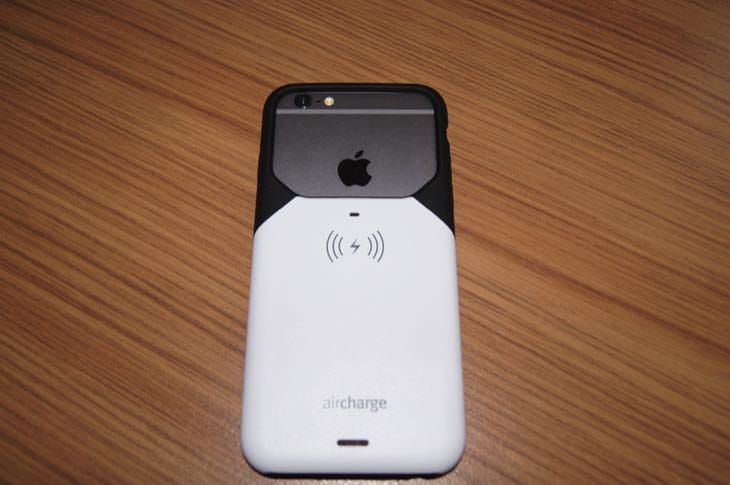 There was nothing we really needed to do to set this up, just plug it in and you are ready to go. We like the fact that the charger has a blue light around the outer ring, which only lights up once it starts charging your phone. We don’t really have too much to say about these items, as they pretty much do what they say. 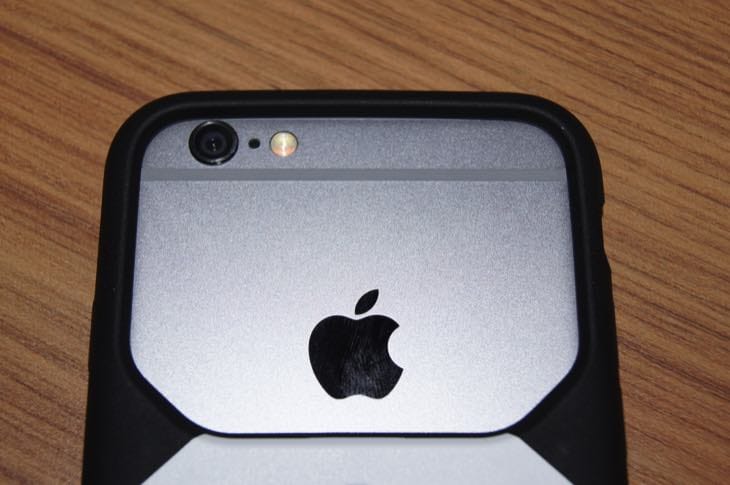 It’s worth noting that these are both Qi devices, and so you know they are compatible with each other. There are other types of chargers, such as ones that face you, but we like how the Nillkin Qi Wireless Charging Magic Disk is discreet, especially if you purchase a rival wireless charging valet tray. Although, if you did not want to pay out, you could get a nice piece of wood, cut a hole and then slot the charger in. 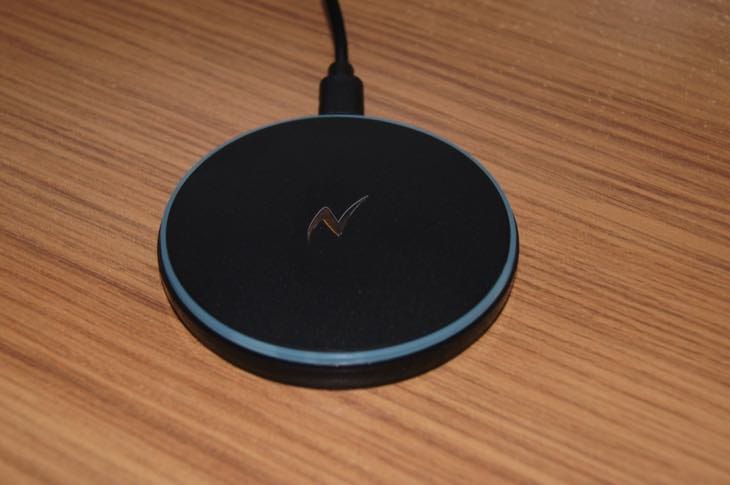 What we also noticed with using this setup to charge our iPhone 6 was the how the phone seemed to get hotter during charging, and it was also not as fast as charging directly from the lead. However, the difference is not that much and we only noticed it because of timing it for review purposes. 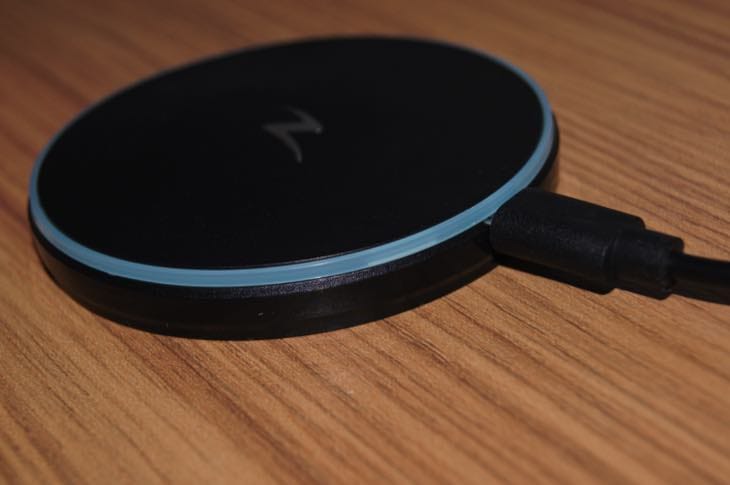 On a personal note we highly doubt that we would keep using this wireless charging setup because of the amount of bulk it adds to the phone with the case, and so would much rather wait for the iPhone 7, which we hope will have this technology built in. We don’t want to put you off though because there are many iPhone 6 and 6S owners out there that like the idea of having such a thick protective case, and so this does kill two birds with one stone, as it does make charging that much easier. 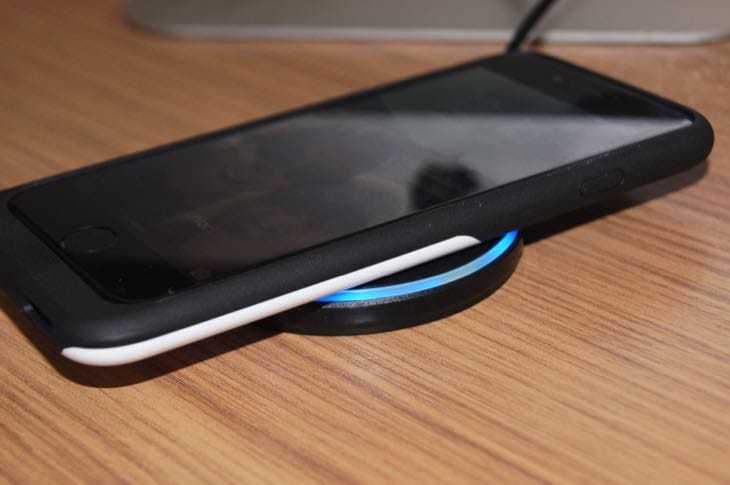 As for pricing, MobileFun will charge £34.99 for the wireless charging case for iPhone 6/6S and £19.99 for the Nillkin Qi Wireless Charging Magic Disk.

One more thing: You can also download the Aircharge Qi wireless charging app, which allows you to locate the charging spots that are nearest to you. This app also gives you battery alerts when you have less than 50 per cent charge, allowing you to locate the nearest one of these spots.

Here are three other iPhone 6 and 6S cases that we reviewed thanks to our friends at MobileFun.