The good people at Carved offered to send us a new iPhone 6 wood case of our choice, and since a recent vacation to New York, it seemed fitting to go for the NEW YORK SKYLINE INLAY. You would think that coming from the UK I would have gone for the Union Jack, but going for this design is my little nod to NYC because I had such a great time there.

For the past few weeks I have been reviewing this case, which I was a little skeptical at first because I hate to hide the thin design of the iPhone 6. However, there have been a few occasions when the cover came in handy, as well as the fact the case does not add as much thickness and weight as you would think. 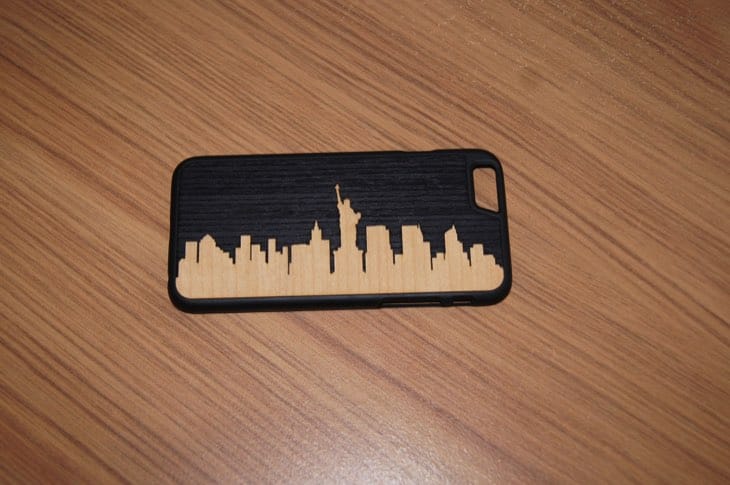 Even before I started to use the case it was obvious just by looking that these wooden cases have been produced with a lot of care and attention by the good people that work at Carved in Elkhart, Indiana, USA. 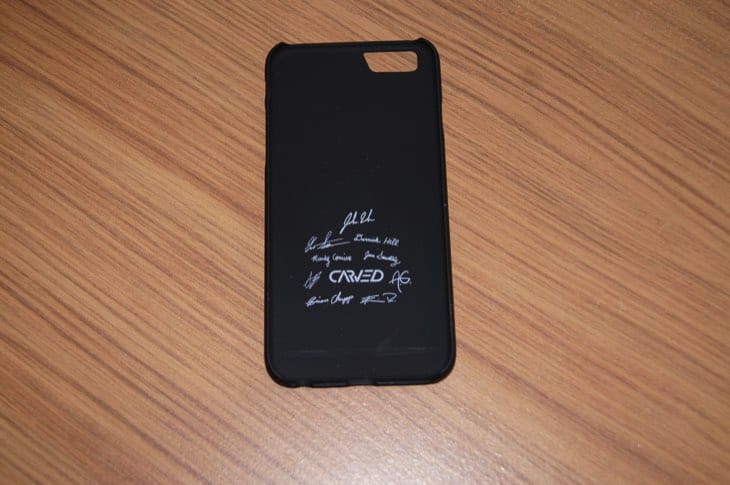 After chatting to one of the people that work at Carved I had to check out their video (see below) to put a face to the name, and it is clear the entire team pride themselves on the attention to detail, from choosing the best wood, to mating it to the rest of the case. We already knew this having reviewed Carved iPhone and iPad cases last year. 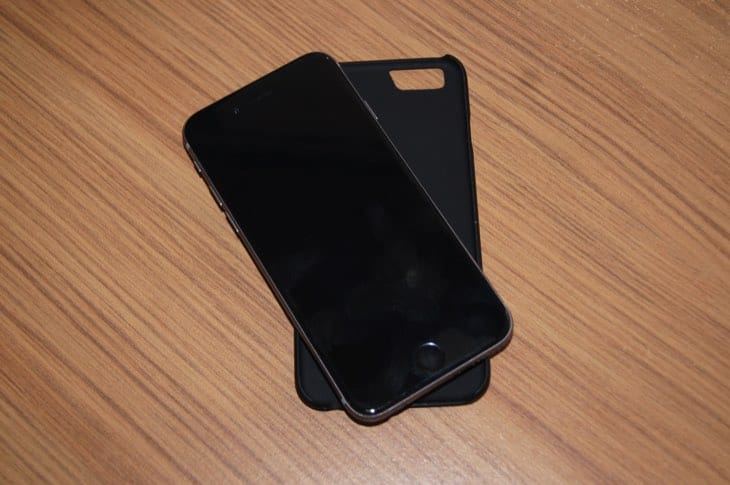 Some friends had seen this case and thought it to be some sort of fake printed wood, so were shocked to learn it was in fact real wood, this shows just how good of a job the guys at Carved have done by mounting a piece of engraved wood to a polycarbonate snap-on case. I especially love how the case reacts differently to the light, which helps to give it a more luxurious look and feel. 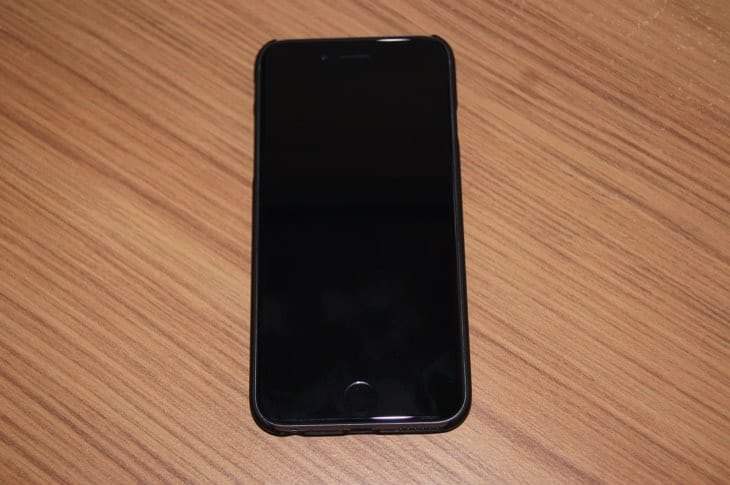 As for the case itself, it is simple by design with cutouts for the ports and buttons, rather than rubber buttons like on some of the other cases from Carved. It’s the simplicity that I like about this particular case because it does not distract you from the iPhone itself. What is the point of having a cover that stands out more than the phone itself? 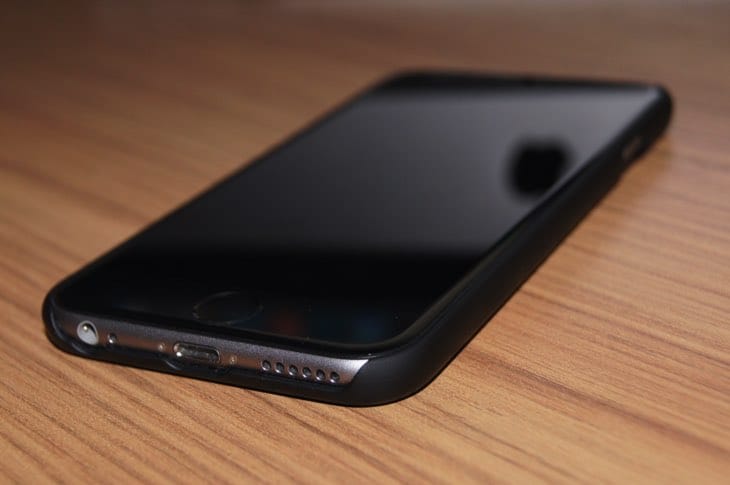 I know that you hear it all the time, saying this is the best case out there, only to read a review on another case saying the same thing. However, with all the iPhone cases I have reviewed over the years, none have stayed on for this long, and no matter what other case gets sent to be reviewed, it’s going to be a hard push to get me to stop using this iPhone 6 Carved wood case with the Statue of Liberty taking pride of place in the center of the 100% real wood on the rear. 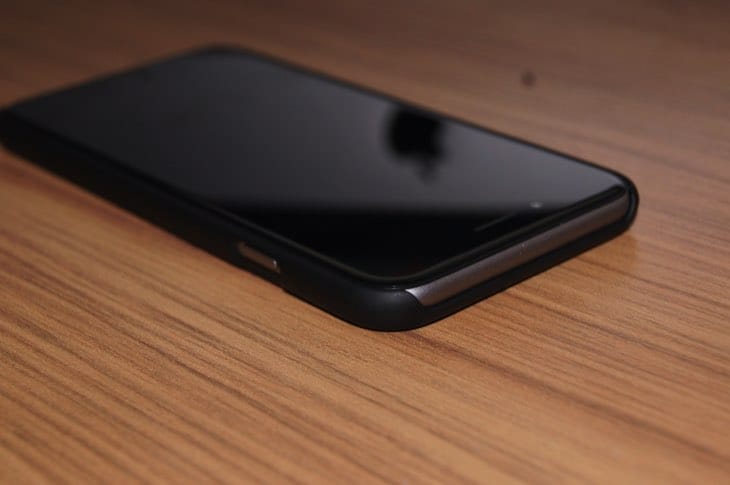 You would think that after weeks and weeks of use the wood would start to show signs of fatigue, but I am happy to say there are no such defects, which is more than I can say with some of the other cases in my possession. 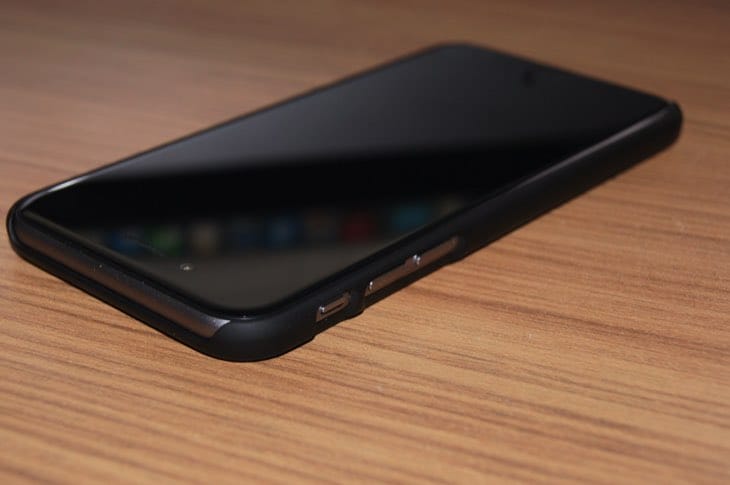 Please remember that while there are other third-party case makers selling wooden cases for the iPhone and other such phones, in most cases they are not real wood and so you will not be getting value for money. 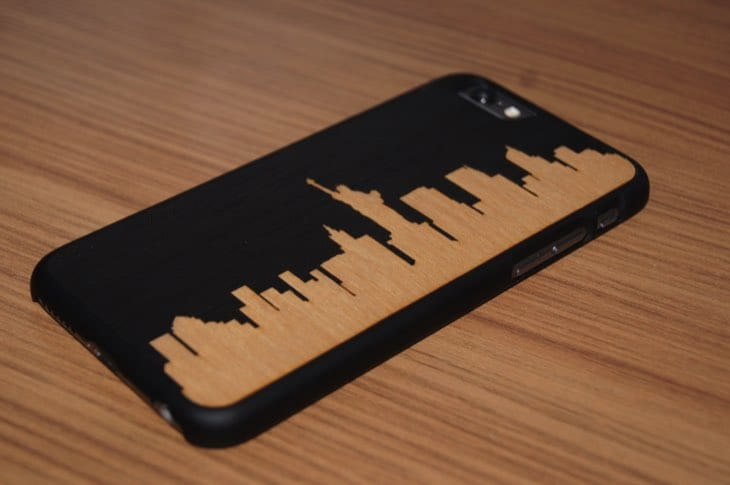 The price for this particular model in matte black is $31.00, which is a bargain when you consider each case is a one-of-a-kind because each grain of wood is different. Each case is made with pride, and so we ask that you head over to Carved.com and have a little look around to see what grabs your attention. 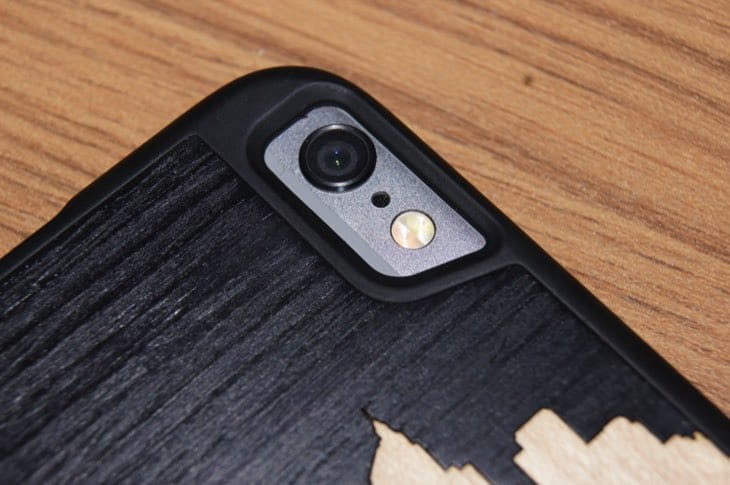