Over the last fortnight I have been getting hands on with a 500gb digital TV recorder, the EchoStar HDT-610R-GB. Featuring Freview+HD this compact unit is capable of recording up to 125 hours of HD television or 300 hours in standard definition. 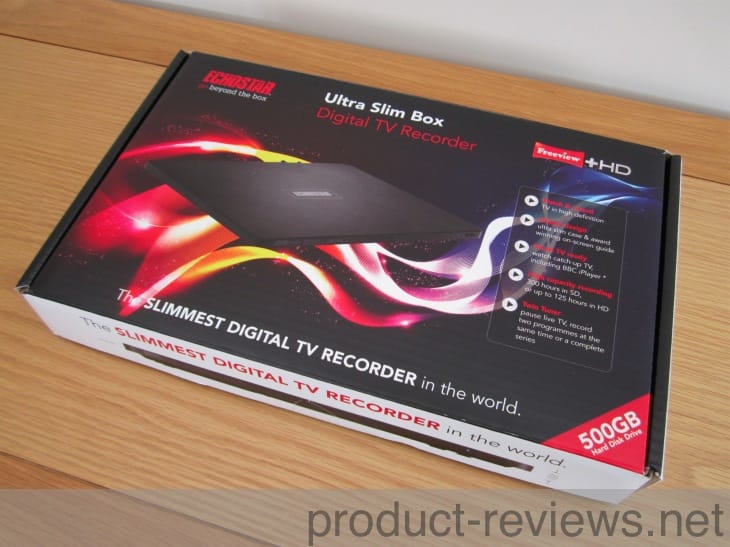 There are some manufacturers who make some pretty outrageous claims about their products and when I read that EchoStar state this to be the slimmest digital TV recorder in the world I must be honest I had my doubts. However, on opening the box and first setting eyes on the recorder, I have to say, honestly — I gasped! This set up is astoundingly small and so thin, in fact only 14mm in height altogether. 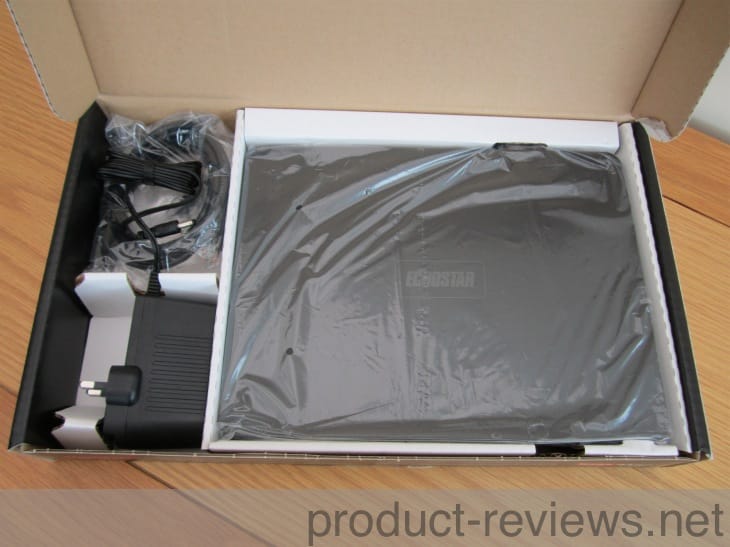 Included in the box with the recorder are all the necessary leads and connectors to enable you to get started immediately, there is nothing more annoying than having to turn especially out to buy an extra lead or connector, happily EchoStar have it covered. 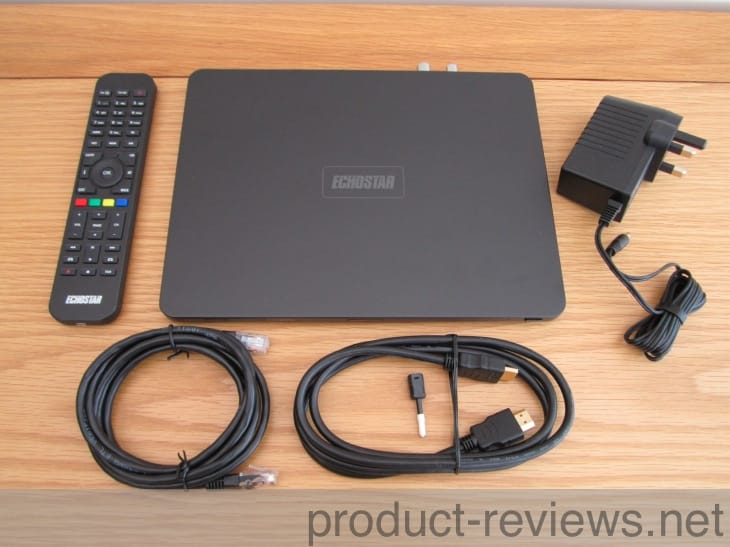 The box is made from aluminium and finished in matt black, which looks great but does pick up fingerprints quite easily. The unit feels light but also offers a confidence in it’s strength due to its metal construction. EchoStar have tactfully placed their logo in the centre of the top of the box and the front of the leading edge features the Freeview+HD, HDMI and Dolby logos. 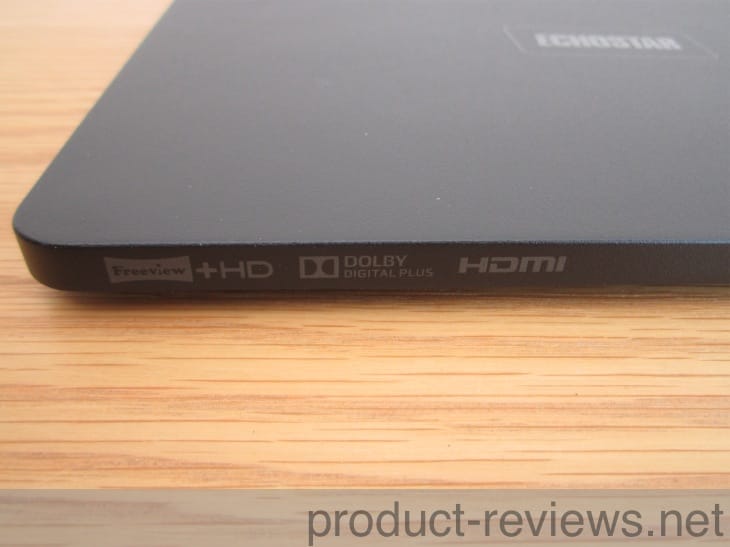 All the connection ports are found on the back of the recorder and include from left to right, RF in and out, optical sound port, HDMI out, Ethernet connection and 2 USB ports. 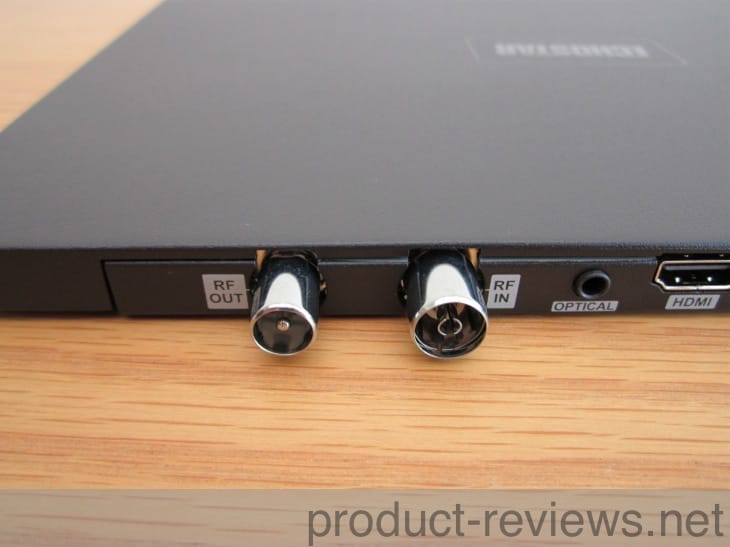 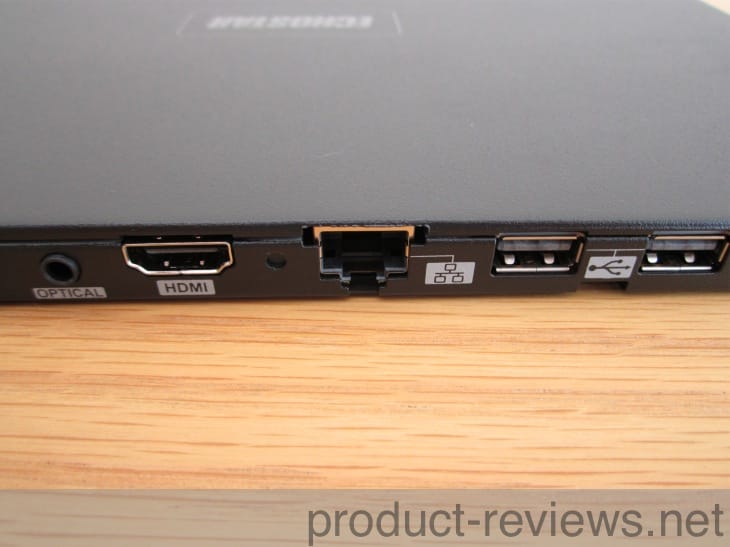 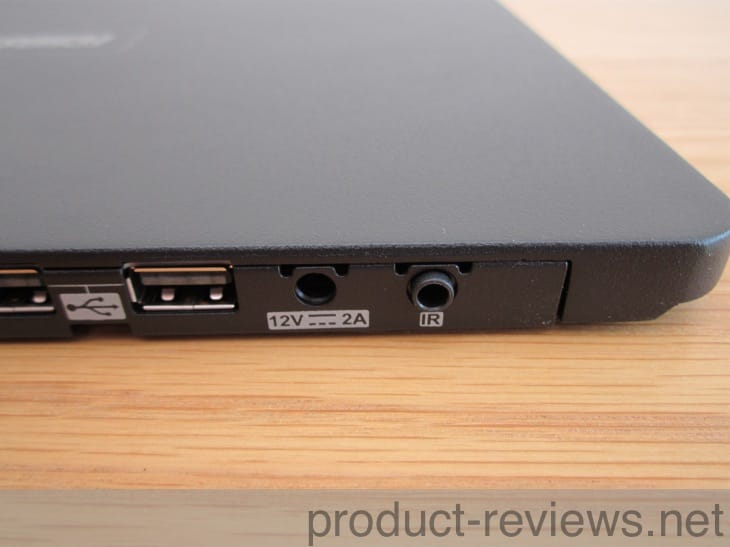 Whilst the box itself is well constructed and looks great the remote control looks like it has been made by a completely different company and doesn’t complement the recorder at all. It feels incredibly cheap to hold and operate, lightweight and made from plastic, the buttons annoyingly click and creak whenever used. The buttons do work easily though and the remote can also be programmed to work with your existing TV. 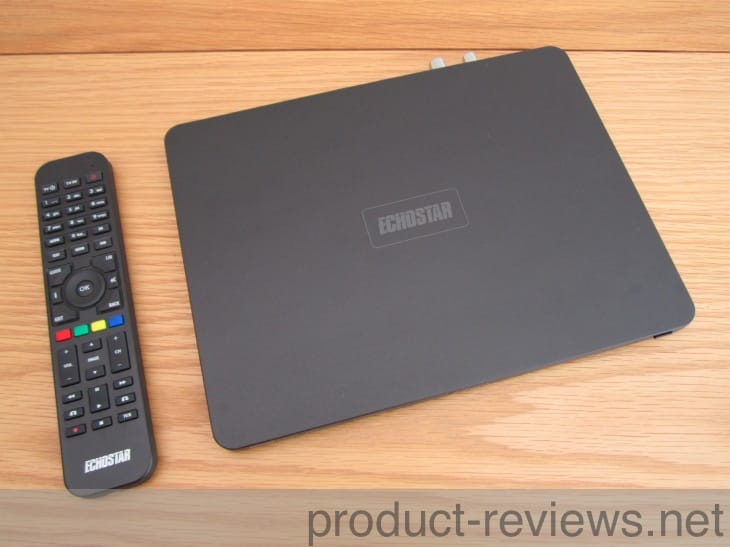 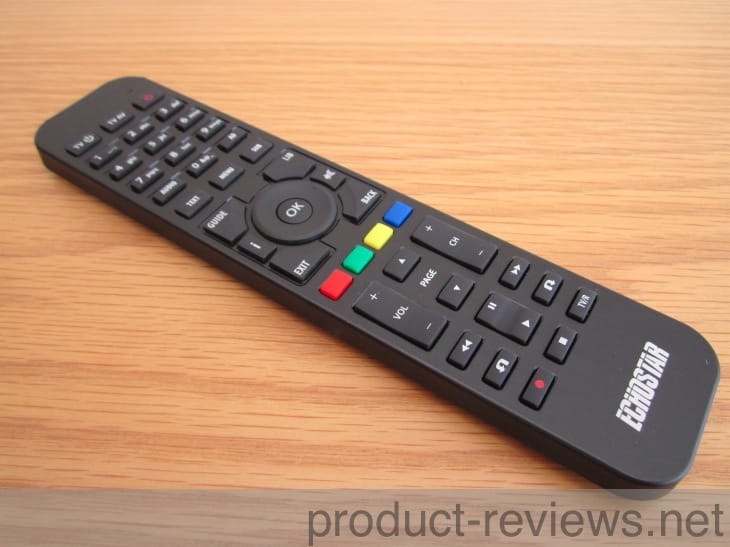 To demonstrate just how diminutive this recorder is, the pictures below show it compared with an iPad mini and a Macbook Air. 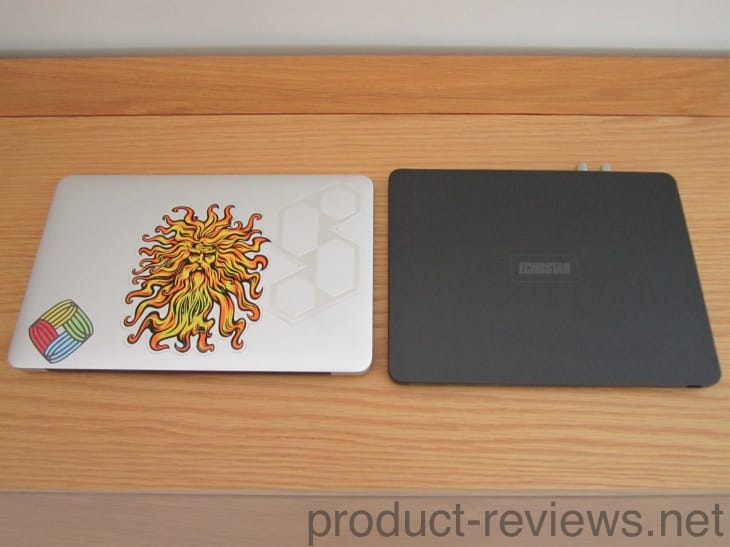 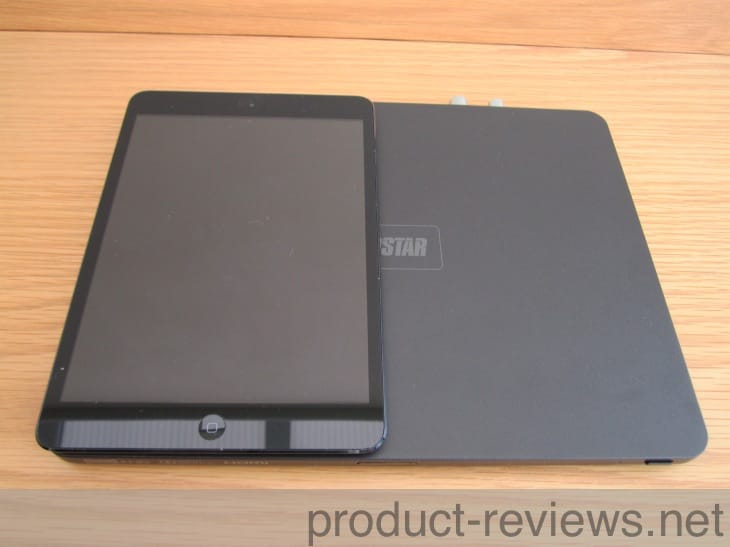 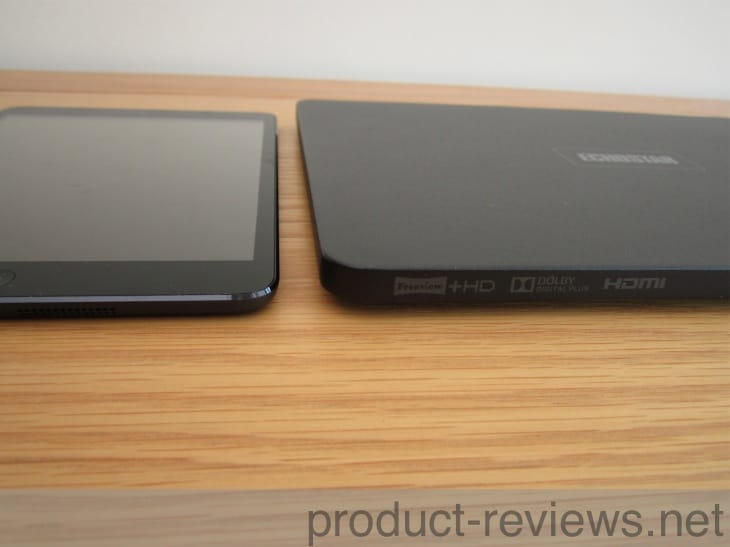 Setting up is easy and intuitive, to get going straight away you only need connect the power lead, the RF in and the HDMI out to the TV and you are able to switch on and get viewing. To enable access to catch-up TV the box must be connected to the Internet via the broadband router. Unfortunately this has to be done using an Ethernet cable, as the unit does not have a Wi-Fi connection. 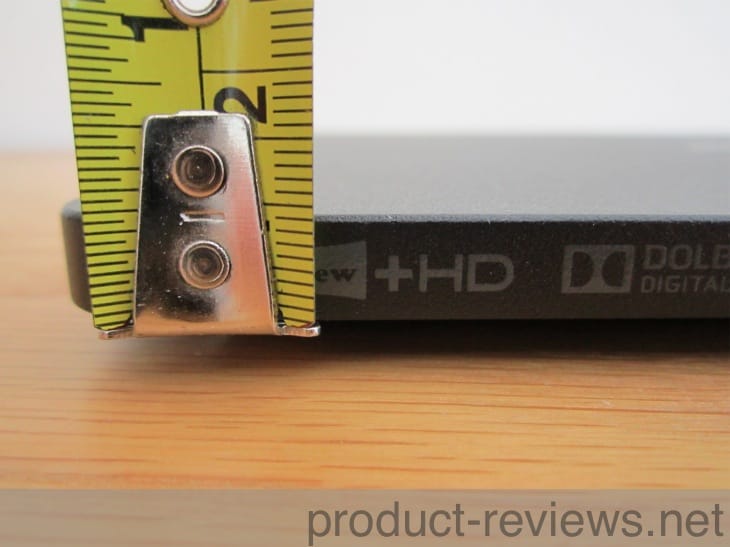 The recorder is also able to be connected to your home theatre system using an optical audio lead and works with Dolby Digital+ or DTS capable receivers. Although the optical port on the HDT-610R is actually for a mini jack optical lead EchoStar include an adaptor to allow connection with a standard optical lead. 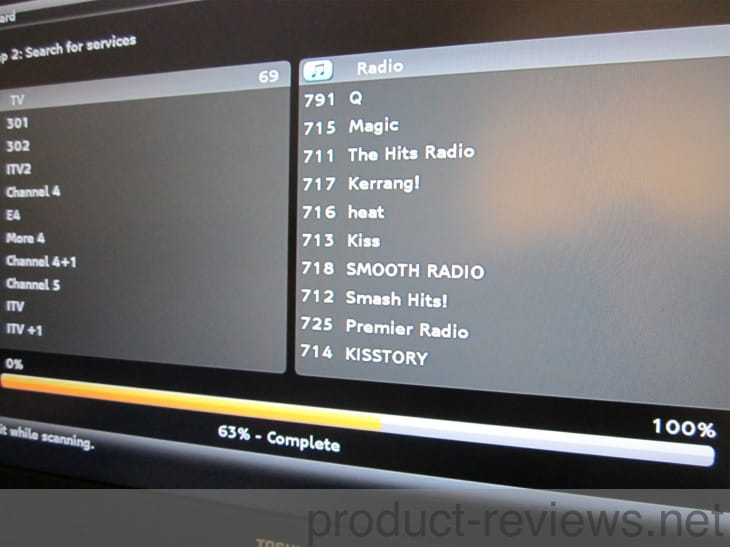 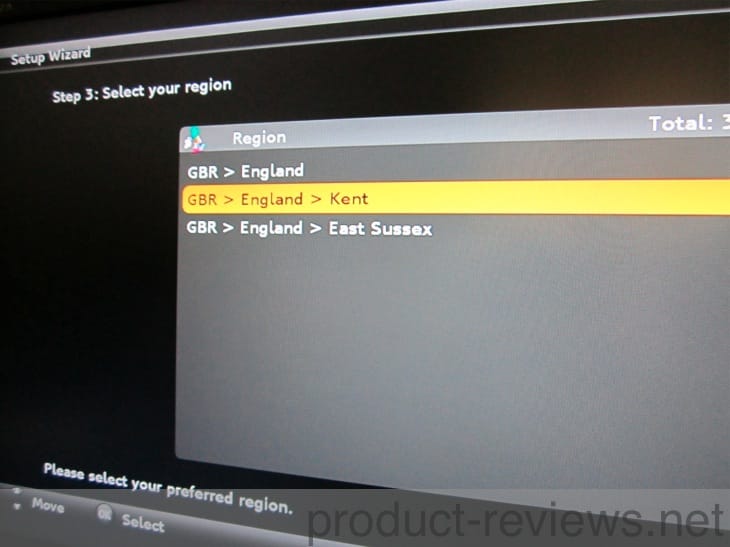 After initial power up the first option available is if you wish to enter a pin to enable parental control over the box. As with any digital receiver you must scan and programme in all the receivable channels, this process is extremely simple but it does take a while to scrutinize and load all the available channels. After selecting the region from where you are viewing, you are congratulated by EchoStar and are able to start immediate viewing. 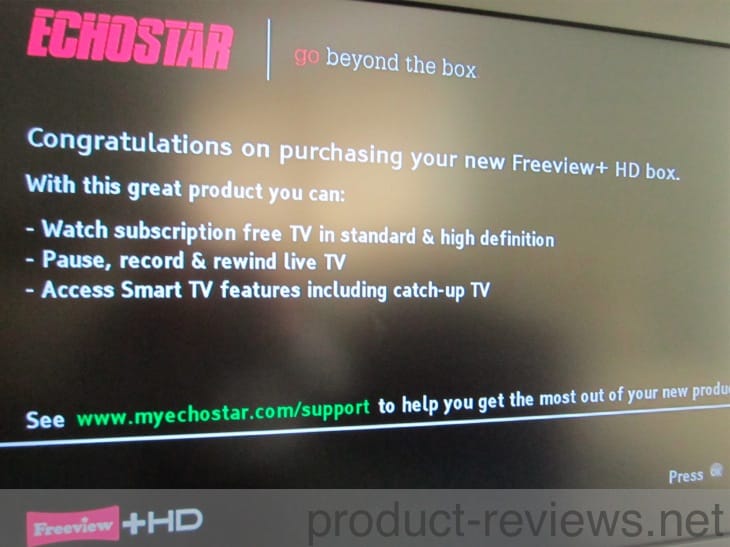 I wondered how best to try the box and what I should actually watch to give a fair review using a couple of different mediums. In the end I opted to watch the 1954 black and white movie the Dam Busters on Channel 5 and then watched the bang up to date, high budget production of Britain’s Got Talent on ITV HD. 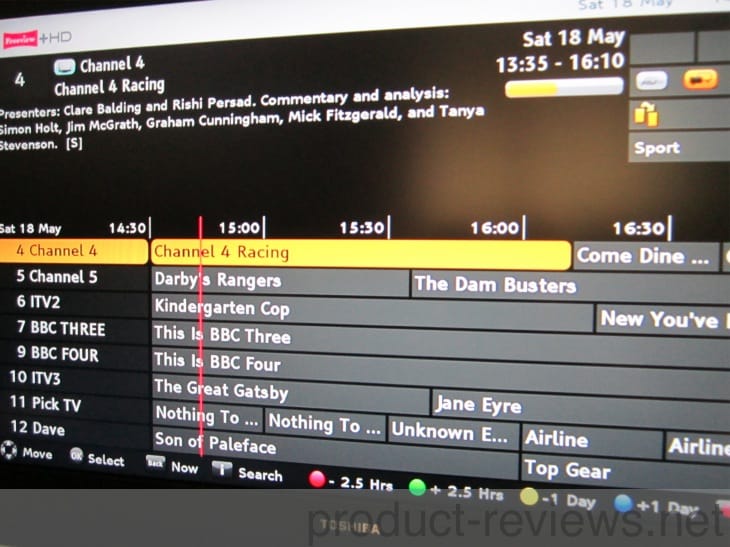 The black and white movie on standard definition television was clear and bright and certainly didn’t appear nearly 60 years old. 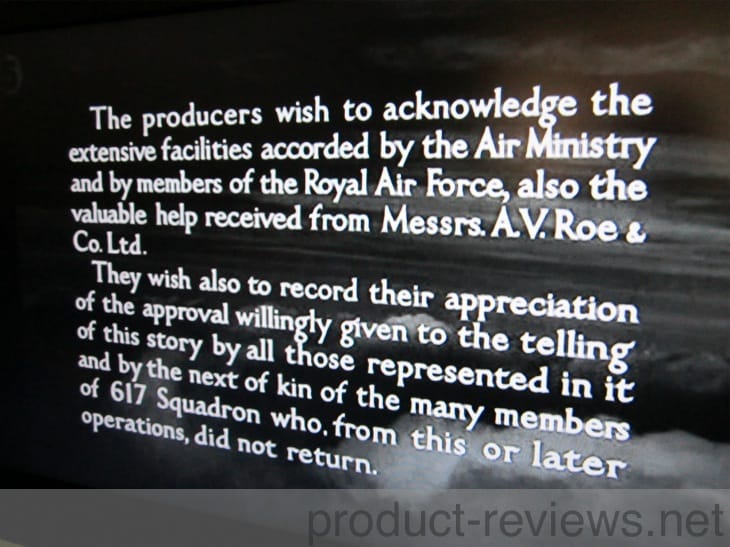 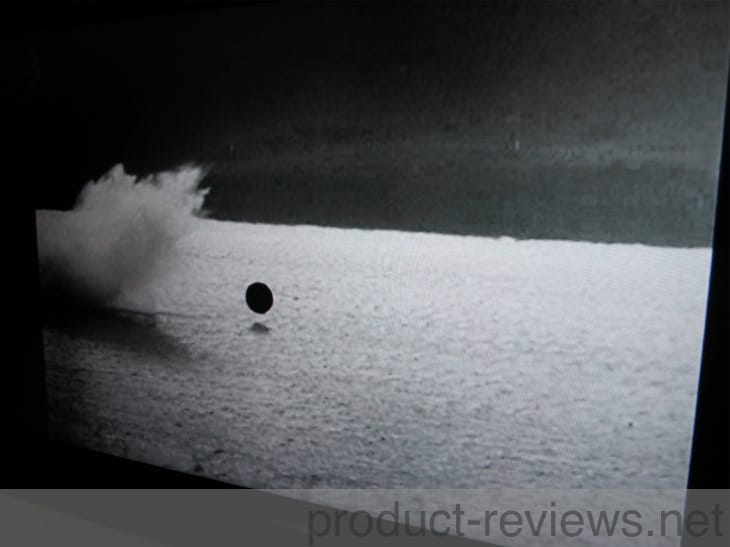 Britain’s Got talent however was in a different league. The HD images were so crisp and bright and so much more defined than the standard channels. The colours where so vivid and the outlines of images were precise and distinctive, in fact I was surprised how much of a difference there was when swapping between ITV and ITV HD over and over again. 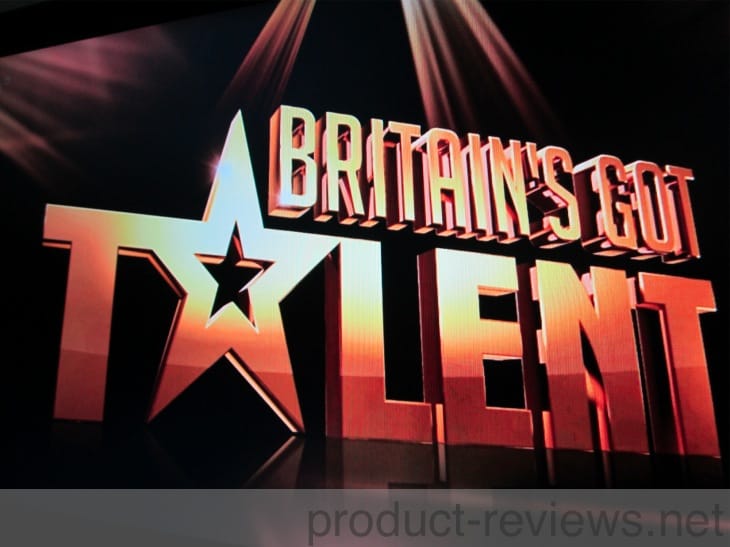 The menu for using the recorder is easy and instinctive and moving around the various option screens is a breeze. During the period of the trial, I have to say there were no issues with the picture pixilation or the signal dropping out and causing lag or stuttering. The recorder is able to record 2 channels at once, whilst you view a third channel live, due to the 2 inbuilt DVB tuners and features an 8 day EPG allowing the user easy planning and recording via the remote. As well as being able to pause live TV another nice aspect is the ability to start to view a programme before you have even finished recording it using the units inbuilt chase feature. 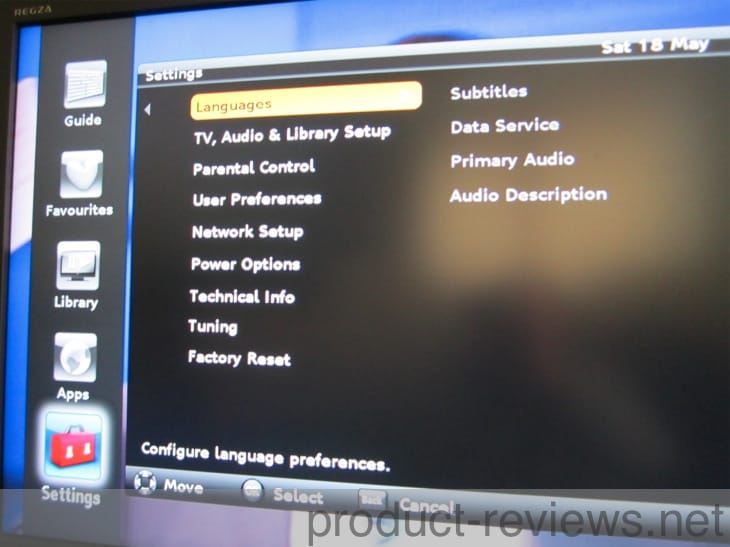 The EchoStar HDT-610R-GB is an ultra slim box that gives access to over 50 subscription-free channels and can be installed and set up within 15 minutes. The menu system is a breeze to use and the 500gb hard drive is capable of recording whole series of your favourite programmes and offers incredibly sharp HD images. The biggest gripe with the unit is the remote control, which I consider to be the Achilles heel of this set up. Why bother to construct such a slim, robust and nice looking recorder to the pump out a cheap plastic remote? This however wouldn’t put me off buying the EchoStar HDT. I do feel that EchoStar missed a trick by not including built in Wi-Fi, this could well put a few people off of buying the unit, most consumers prefer as few trailing leads as possible with their gadgets. 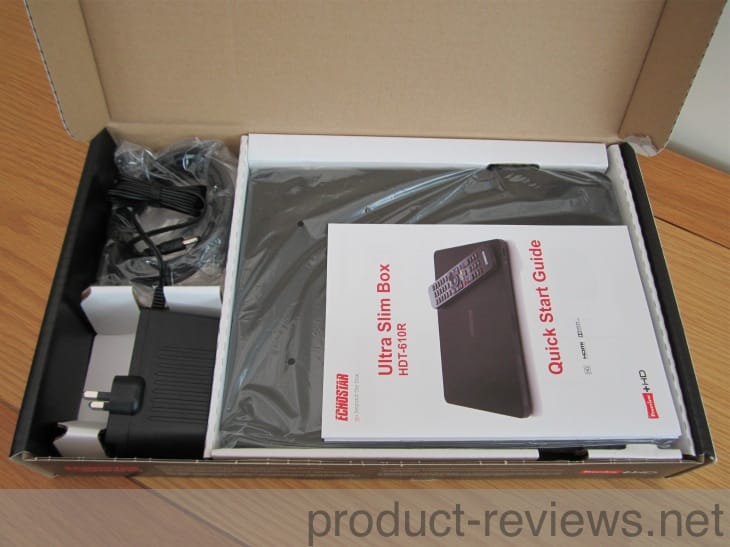 The EchoStar HDT-610R-GB is currently available to buy for £179.99 from Maplin either in store or available for home delivery. 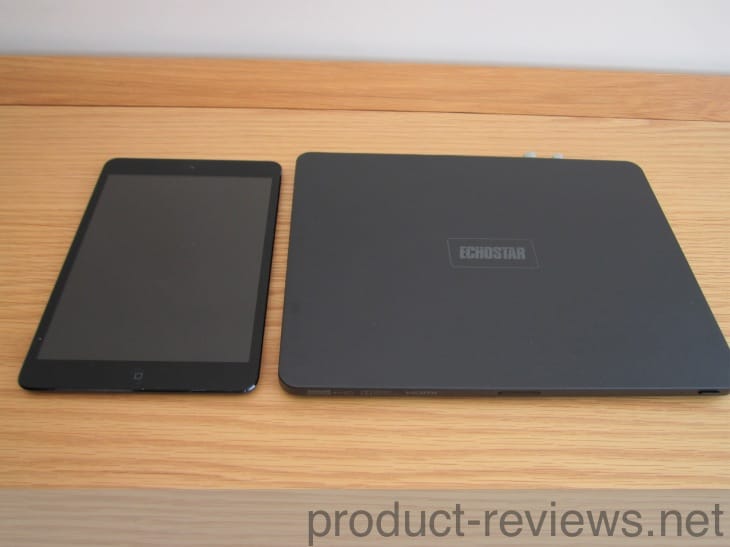