I was sent the Olixar BabyBoom Bluetooth mini speaker before the festive season, but for some reason I got sidetracked and was unable to do a review. However, my friends over at Mobile Fun were very understanding and so have now spent some time with the small speaker to see just how well it performs.

I can still remember receiving this product with my first impressions being that it was rather heavy for something so small, which on some devices is a bad thing, but with a speaker it means the complete opposite. The packaging itself is not over the top and is just big enough to house the speaker and its accessories.

Removing the device from its packaging was very easy, something that cannot be said with some of the other products I have reviewed over the years. 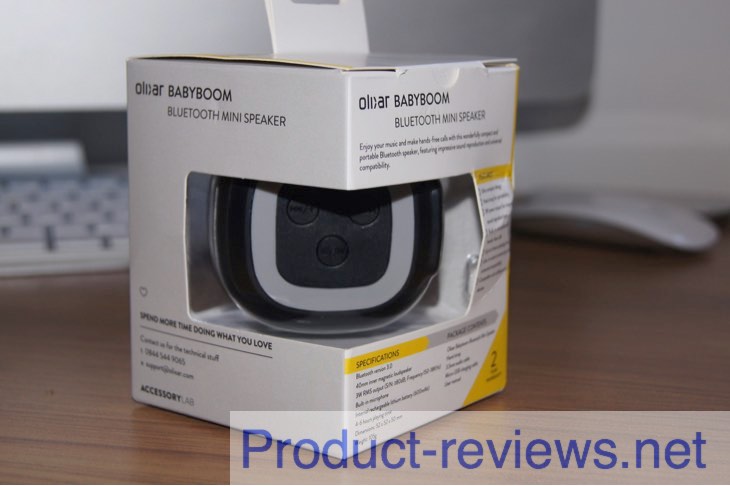 Ok, so we know this would have made a perfect gift for people at Christmas, but there are still birthday’s to consider, although you could also purchase one for yourself. Thanks to its size this could be the ideal item to take away with you on your holidays because it is small and light, meaning it will take up hardly any of that valuable weight limit. 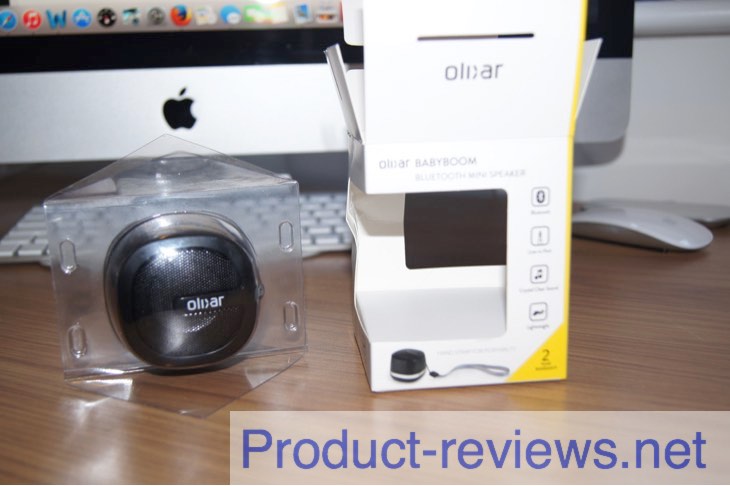 First impressions — Even though it is made from plastic, it feels very solid, even the grille covering the speaker. Some plastic items have a tendency to be able to be pressed in a little and also creeks, but not so with the Olixar BabyBoom wireless mini speaker. 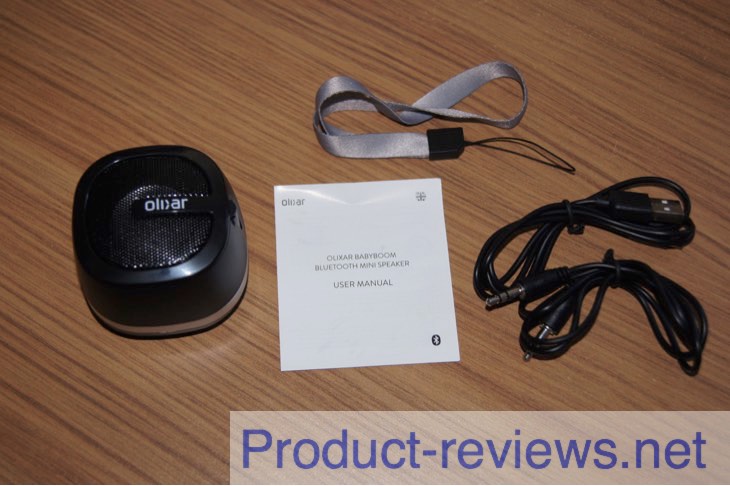 Design — It is black in color with a silver strip running around the entire device. The speaker itself faces towards the top and you have the power button towards the bottom on the side, as well as an auxiliary port and a micro USB for charging. The controls are on the bottom, which include play and pause, volume control and the ability to skip tracks. There is also a microphone, meaning you are able to make and take calls, which could come in handy. 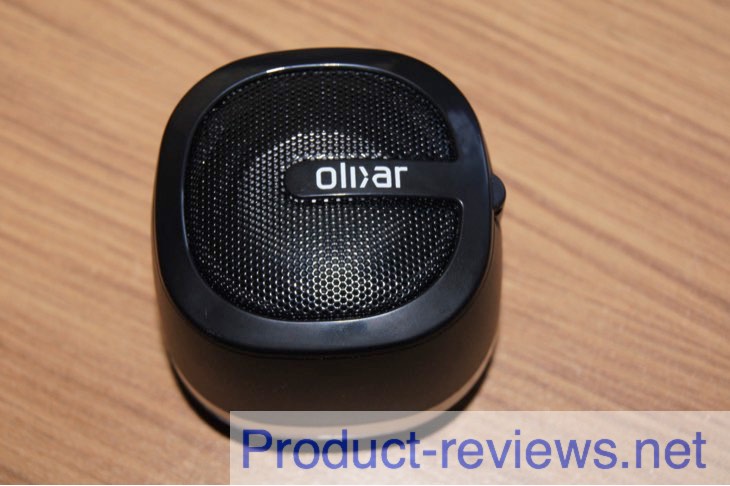 Setting up — When you turn the speaker on you will hear an audio message, telling you that power is on, and when you start the pairing process you will know when you have connected to your mobile device because the audio will say paired. Just remember to pair as soon as possible, as the commands are on a loop and could become annoying over time. I noticed this when pressing the volume buttons, as you are even informed when you are changing the volume settings. 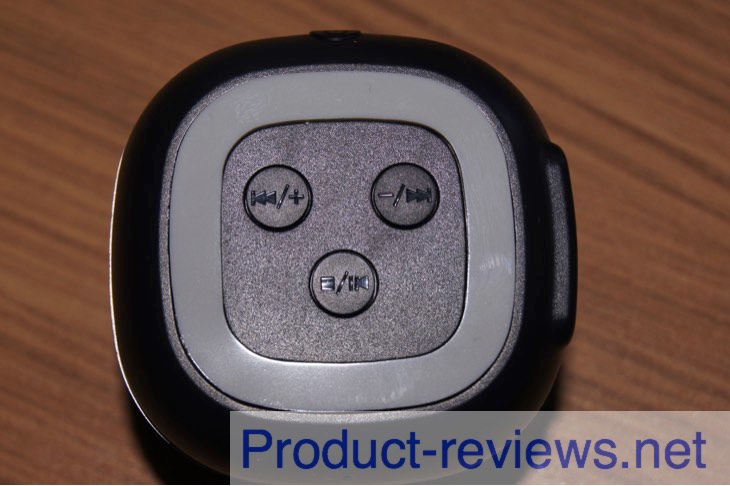 Sound test — During the sound test I found this to be much louder than my iPhone 6, which was obvious with the highs and lows being pretty impressive. The speaker is not overly loud, although that is a good thing because it would lead to a distorted sound. The bass was not that strong, but still rather decent for its price. I was surprised at how the Olixar BabyBoom speaker was able to fill a small room, and while tinny at times, this did not put me off. 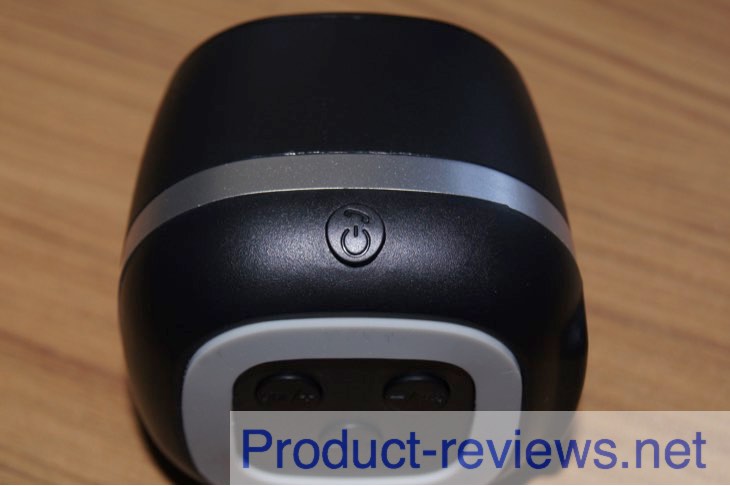 Final verdict — Even though there are those shortcomings, such as lack of bass and a slight tininess, this does not put me off one little bit because of the music I play does not demand too much in terms of bass levels. If you are into music that demands so much from a speaker, then you should give this a miss. However, if you like music such as Michael BublÃ©, Paloma Faith or Ed Sheeran and do not play it too loud, then the Olixar BabyBoom Bluettoth Speaker could very well be for you. 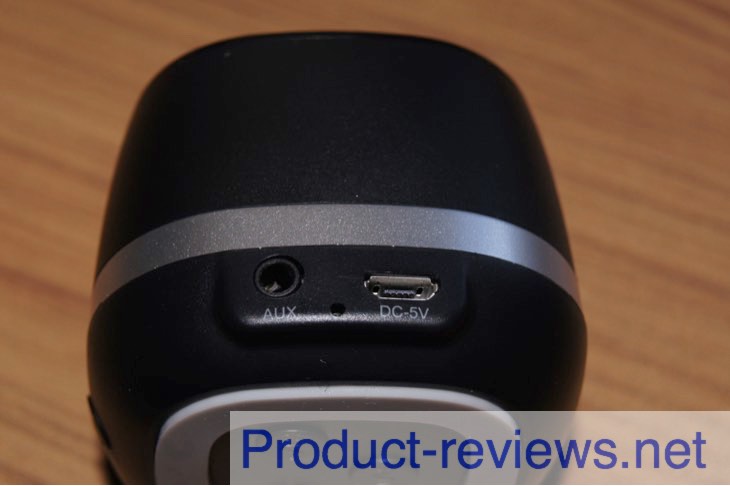 It is worth noting that overall charging time takes around two hours and gives you about 6 hours of continuous play.

What’s in the box – There is the speaker itself, along with its charging lead, double-ended 3.5mm audio cable, a carry strap and a users manual. The price for this speaker is just £14.99 and can be purchased from Mobile Fun.