If we were to go back a few years the idea of adding security to our home meant a large alarm box on the outside, and that’s about it – unless you wanted to go down the route of having large, unsightly cameras on the outside of your home. Thankfully, times have moved on since then, and you now have many options available to you, such as securing your home on a budget. There are many ways in which you can do this, such as making certain if someone were to enter your home, you have evidence to show the police, and in doing so catching them in the act. 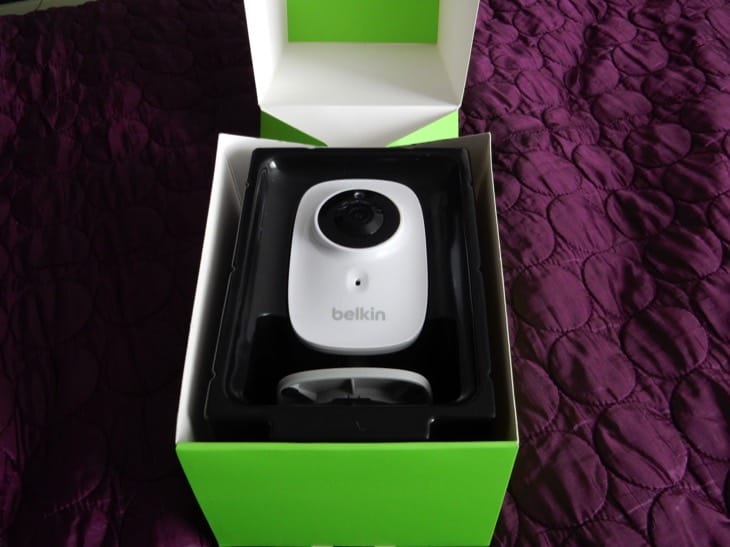 It’s for this very reason why we were pleased when Belkin sent over the NetCam HD Wi-Fi Camera with Night Vision for us to review. Like always, just because we have been given this device to review, we will always be honest. We are told that by having one of these cameras you will be given peace of mind knowing that you will never miss an important moment if you are away from home. Having said that, it does have other uses, such as placing it in your child’s room thanks to its motion detection. 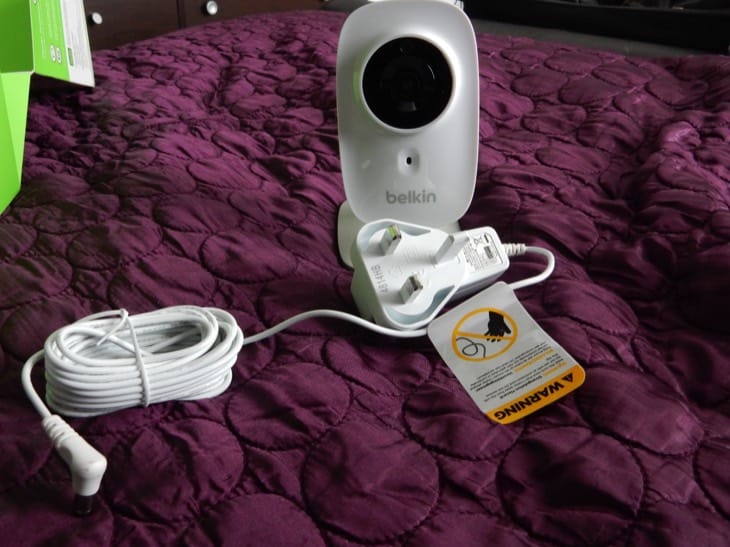 This might be a couple of years old now, but it’s still on sale on the Belkin website and forms part of the WeMo family of connected products, and works with both Android and iOS.

The box is pretty much the same as all the other Belkin products, and that is a cardboard design with white and black colours. Inside the box you get the camera itself, which is already on its swivel stand, a power plug and also a quick install guide. The camera can be mounted to the wall, which is very handy, and so also comes with screws and raw plugs if you wish to do so. 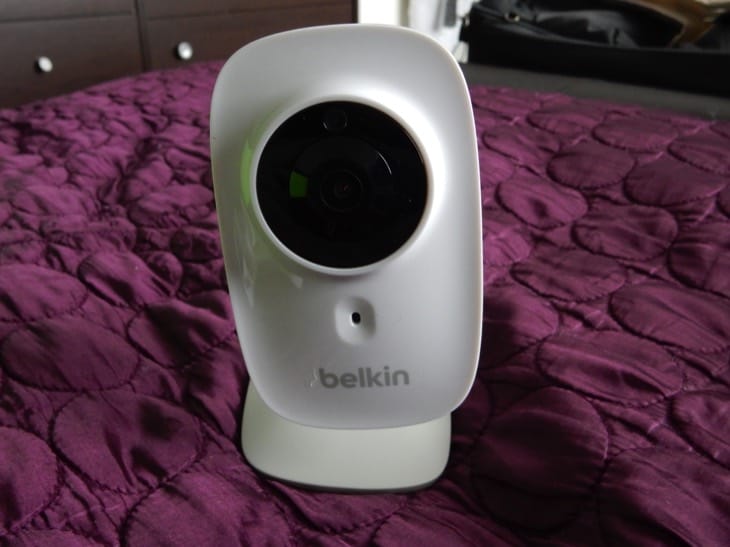 Looking on the rear of the camera you will see a switch, and when in the up position it allows the camera to broadcast its own Wi-Fi name, which then allows you to do all the configuring, such as connecting to the hotspot, the Belkin Cloud, and once done you then switch it to Live Mode. 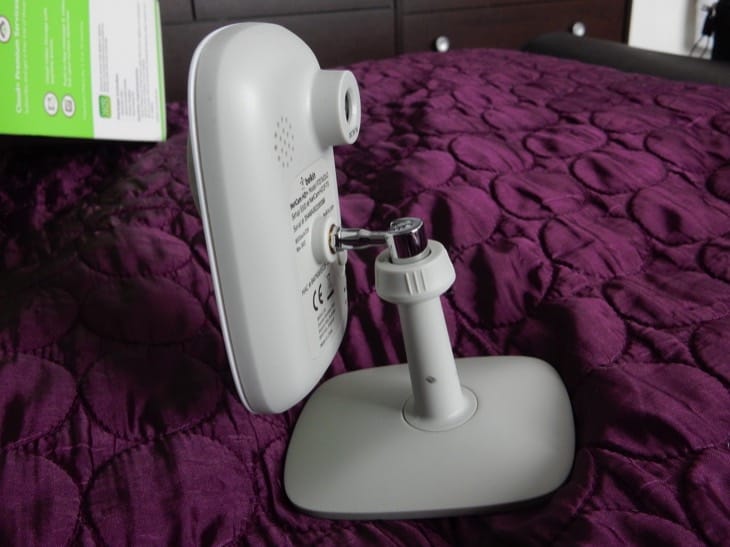 This all sounds very straight forward, and while we did have a small issue when it kept asking to join the camera network on our iPhone 7, it only took us around 5 minutes to get up and running. You might also notice there is a speaker on the rear, and this is for two-way talk, which we will be interesting to test out and see what its quality will be like – although we very much doubt it will be too great. 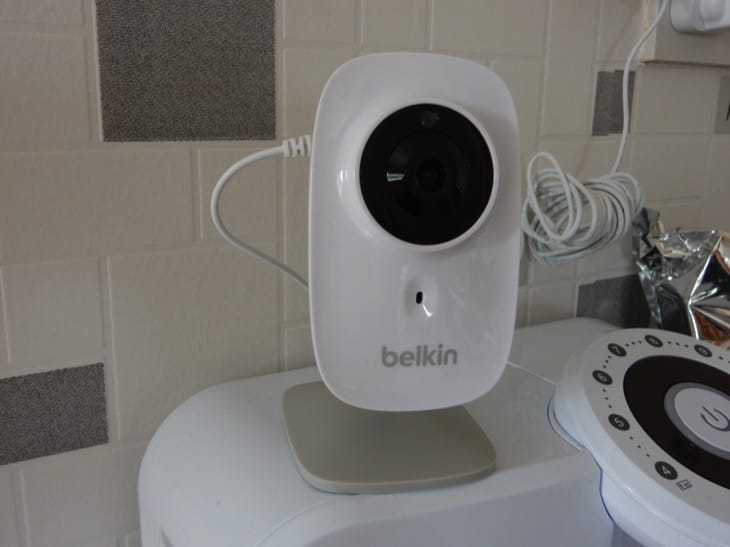 Before we get to the good stuff, which is the hands-on review itself, let’s see what this camera comes with. First up it’s a 720p HD camera that links direct to your Android or iOS phone or tablet. There is push to talk, motion alerts, night vision built-in, and Cloud monitoring where you are able to upload the images securely, which you will need to subscribe to.

The Belkin NetCam HD Wi-Fi Camera with Night Vision review – After going through that process of connecting the device up after installing the app, as mentioned above, we did notice that the live footage was a bit jumpy and laggy at first, although right away the camera then said there was a firmware update. This was a good thing, as the moment it was downloaded and installed, the footage was much smoother than before. 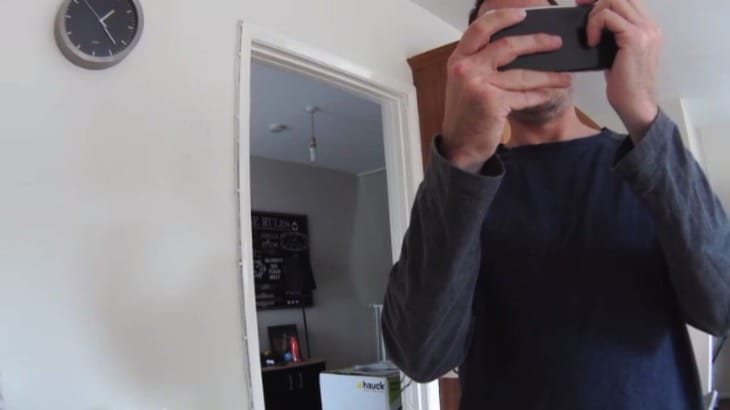 Speaking about the app, which is pretty much your hub for the camera itself, and you have to get everything installed correctly before you are able to see its features. From the app you are able to watch from anywhere using your iPhone, iPad or Android device, see the entire room with wide angle video, have full access to your home, day or night with Night Vision, and also listen in with digital audio. You can also connect to more than one Netcam at a time, and so you will be able to assign different names to them, such as for your living room, kids room, or even your shop.

Once you have named your camera you can then select it so that you are able to monitor its live feed. There are several features that you are able to access, such as taking a screenshot, or to take a video recording on the footage. You will also be sent email notifications when it detects motion, so ideal if you have this camera set up at your place of work. You can also hit the speaker icon to listen in on what’s being said, and this is also two-way if you need the person on the camera end to speak back. 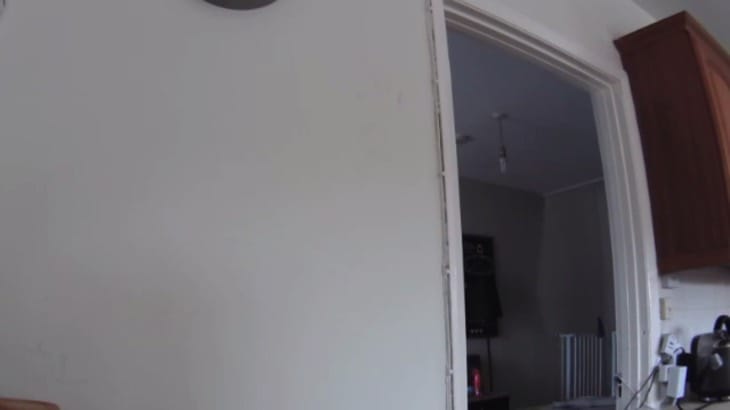 We did like the part where you are able to share the footage with friends, although this forms part of the NetCam Cloud+ Premium services, which is free for 30 days, although will require a fee after that.

So how well does the Belkin NetCam HD perform? For the most part its performance was very good, once we had the most up-to-date firmware version installed. It was great to have instant push notifications, along with emails sent when motion was detected, and the videos that were saved did have time stamps on them. Ok, so everything was not smooth because there were still some periodic lag times, along with some of the footage being blurry, which you do not expect from a HD camera. However, you do have to remember that it’s more of a budget security product, and still does exactly what is described on the box. 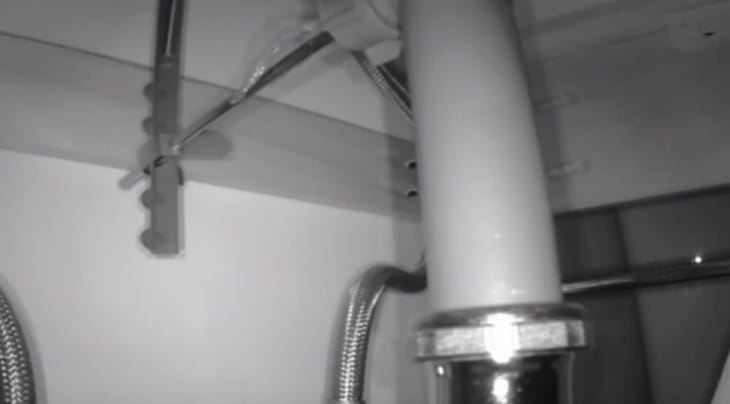 What did impress us though was its night vision capability, as it really does add another dimension to this camera. To help replicate this, we just placed the camera inside a cupboard, and so you are able to get a good idea of just good the footage was, which you can see in the image above. This does give you a good idea of what sort of job this camera does in those sort of low light conditions.

Overall Impressions – We did enjoy using the camera, and also impressed with its weight in terms of how light it is. The mount is an added bonus, as it makes it easier for mounting on walls so that it’s out of reach, although keep in mind you are limited with the power cord, unless you can connect it to an extension. The web interface was not too bad, although takes some doing to get it to configure correctly – although once done runs like a dream. Oh, we also forget to mention that its lens is wide angle, and so able to capture even more footage.

The Good: This is an inexpensive HD security camera with some great features, which includes an impressive night vision and two-way talk. There is also the added benefit of being compatible with other WeMo products.

The Bad: You will need to pay a monthly or yearly fee in order to store your video clips and to receive those notifications related to motion detection. You are also dependant on Belkin servers, and the video quality is not the best we have seen from such a device.

In terms of price, you will pay £99.99 for the NetCam HD Wi-Fi Camera with Night Vision direct from Belkin, which does come with free shipping.