Advances in battery technology seems to be slower on smartphones than they are with the camera, as these phone makers seem to have far more success with offering us better image quality, along with allowing us to take awesome videos as well. While this is great in one respect, using such features does come with a drawback, and it comes back to that battery life once again.

While the likes of Apple, Samsung, LG and the other big players claim to improve the battery life on their new handsets, such as the iPhone 7 and Galaxy S7 – let’s not talk about the Note 7 – they have not improved much for what we demand of them. We spend far more time making use of the camera, and then sharing them socially, and also seem to be spending far longer online or using a multitude of apps, but that battery keeps coming up a bit short. 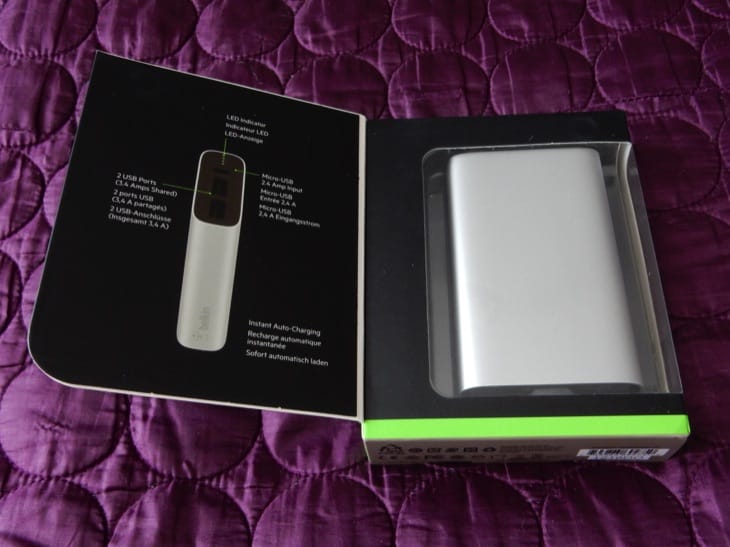 Some people spend their lives looking for power outlets while out to help them through the day, and so tends to hunt out a Starbucks to grab a coffee, and then give their mobile device an extra shot of juice. However, if this is not ideal for you, then there are other ways to make certain your smartphone battery has enough charge, and that’s with a battery power pack. 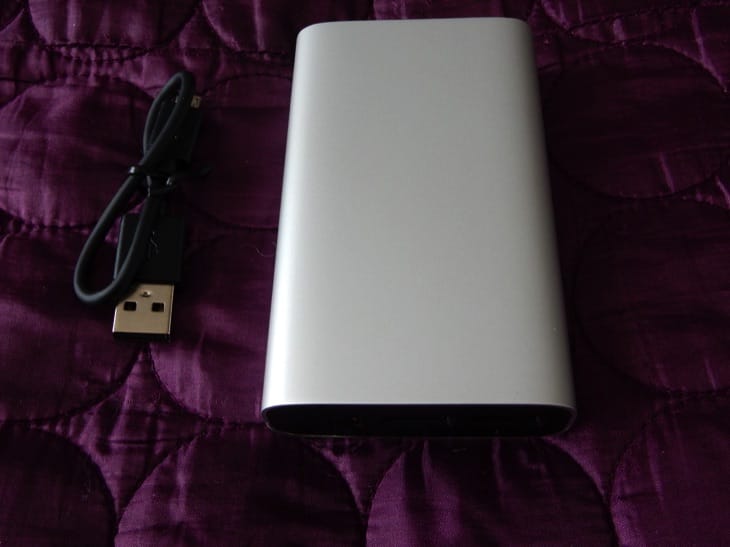 Choosing one comes down to several factors, and the first is usually price, although some of you look at the mAh, and also its design. If you do not worry too much about price, and so want something that is capable of charging your phone more than once, and also looks great, then you should consider the Belkin MIXIT Metallic Power Pack 6600. 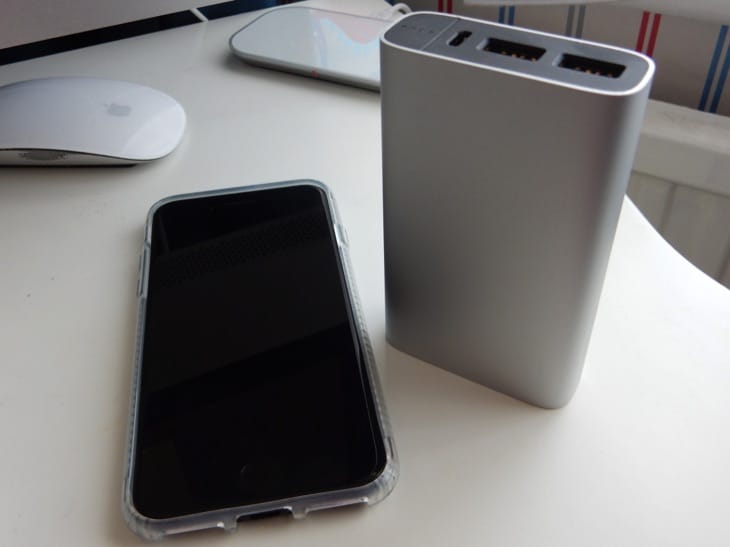 Our Belkin MIXIT Metallic Power Pack 6600 review – There are many people that this device would appeal to, such as those that like to travel. The packaging of this product does invite you to unpack the power station, as its design is one of the best we have seen, and so this is the reason its price is a bit more expensive. There are four colour options, which are Rose Gold, Silver, Gold and Gray – you will notice Belkin spells it the American way. We were sent the silver colour, which we are glad of seeing as though we feel it is the best option out of the four. 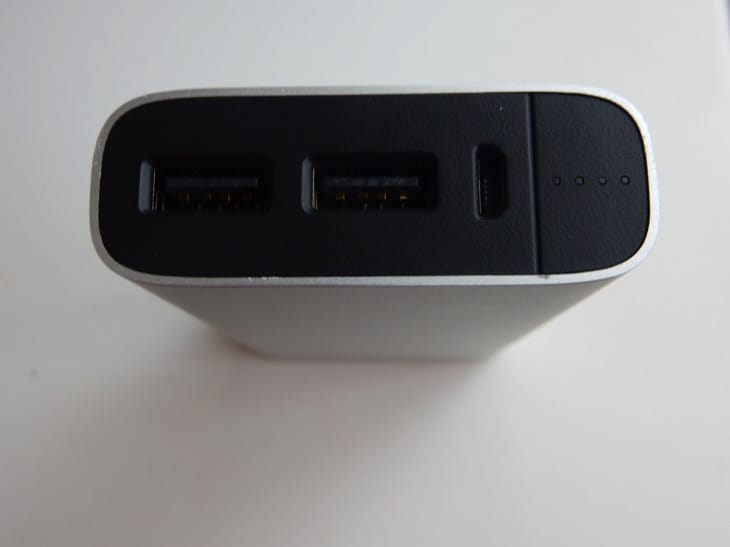 All that comes in the box is the power pack itself and the charging lead, although there’s nothing else you need. However, we will say that a longer charging cable would have been nice, seeing as though it does seem a bit short. When removing the device and placing it in our hands we knew right away we had a quality product, this was because it had a decent weight to it, and did not feel cheap – unlike other’s that you will find on the likes of Amazon, and certain online mobile phone accessory stores.

The metal finish is a nice touch, and so is the design. There is not much to talk about in that respect, as it is surrounded by metal around the sides, with a hard plastic at either end. However, everything you need to worry about is at the top, such as a port where the charging cable goes in, and two USB ports, which are used to plug the device you wish to charge – yes that means you are able to charge two device at a time. There is also a neat LED indicator, which when pressed allows you to find out how much charge is left on the MIXIT Metallic Power Pack 6600. 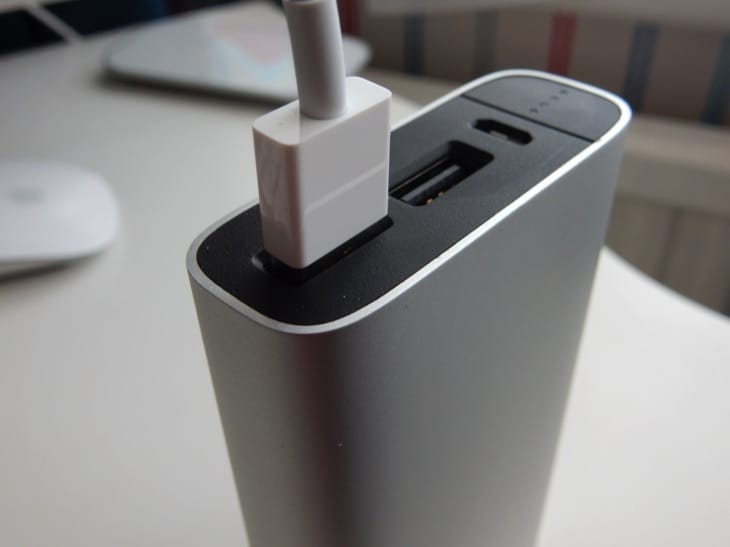 We’re told that the device has a 3.4A total power, which means it’s also capable of keeping your tablet charged, and it certainly has no hassle in that department. We were charging our iPhone 7, and iPad up with no issue, and both at once we might add. Ok, this does tend to deplete the power pack quicker, and so we never used it to charge the tablet up as much. However, it has certainly been a godsend when it came to keeping our two iPhone devices fully charged while on our travels around the UK. 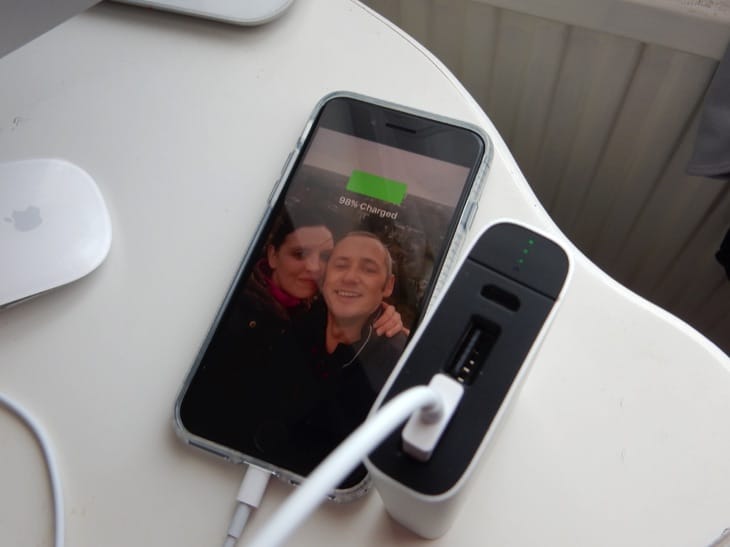 A couple of times we forgot to charge our phone, and with trekking at Cheddar Gorge, we knew we did not have a power outlet nearby. You might wonder why on earth we would want our phone, and the answer is simple – to take some amazing photos. We liked how it detects the device and automatically starts to charge it, and will stop the moment it’s fully charged.

What did concern us was some user reviews on Amazon saying that when left for a while, the power stored in the device will deplete itself over the course of a few days. Well, we can safely say that this is simply not true. You might say we are a little bias because of being sent the device to review, but you will tell just by looking over our previous reviews that when we find an issue, we will report it.

When then Power Pack 6600 is fully depleted it does take a while to get it fully charged once again, and so you have to remember this before deciding to go out. We were able to charge our two phones, which were around 30 per cent at the time to full, and there was still around half of the power left, and having used this now for almost a week, we have not noticed for one moment it depleting any faster than when it did the first time using it.

There’s not much more we can really bring to this review apart from saying if you do not have an issue with paying that bit more, then the MIXITâ†‘ Metallic Power Pack 6600 price of £49.99 will not be too much of an issue for you. The good thing to remember though, is that is has Belkin Connected Equipment Warranty.

This means if for some reason your device is damaged while being charged with the Power Pack, then Belkin will either repair or replace your damaged device up to the value of £1,500. It’s also part of the MIXITâ†‘ Collection, and so you can mix and match it with the accessories from the MIXITâ†‘ collection. If you are interested, then we ask that you visit the Belkin UK website.