The list of games available on the Apple App Store just keeps getting longer and longer by the day, with news just coming in of yet another iOS game being added to the ever-increasing list. The app we are talking about is the recently-revealed Zombie CafÃ©.

According to a recent article by Mini Swamy over at web-self-service.tmcnet.com, Capcom Mobile has just launched the free-to-play social game, which (as you probably guessed) sees players taking control of a budding cafÃ© that is actually run by zombies.

Players will of course have quite a lot to do, including decorating their cafes with over 100 items, managing menus and collect/prepare up to fifty zombie-inspired recipes. However, if any of the zombie staff try and eat a customer, the player’s star rating will unfortunately reduce. 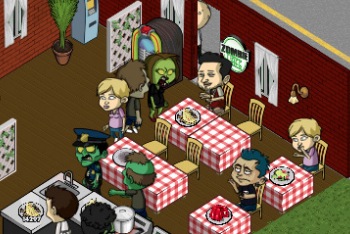 The zombie workers can even raid neighboring cafes to steal their recipes. The app — which according to the itunes.apple.com website requires iOS 3.0 or later — allows players to connect to their friends via Facebook, enabling them to share recipes, collect fees or order food. 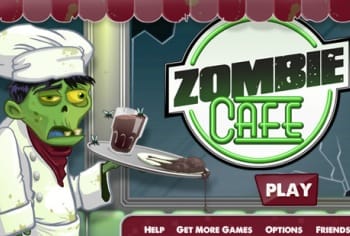 You can view a video review of the Zombie CafÃ© app via the YouTube link here. Is this app something that would interest you?