The Zombi PS4 release date is almost upon us with the game launching digitally this week on the PlayStation Store. For some reason though, the Zombie PS4 price is still unknown and we can see that many players are wondering how much Zombi is on PS4 and Xbox One.

There’s also some concerns that the game from fans that the game isn’t looking too good on next-gen, but we doubt this would have anything to do with Ubisoft withholding the price of the game until launch date.

It just means that those interested in the game will have to wait until this week’s PlayStation Store update to find out how much Zombi costs – the same goes for the game on the Xbox Marketplace and Steam. 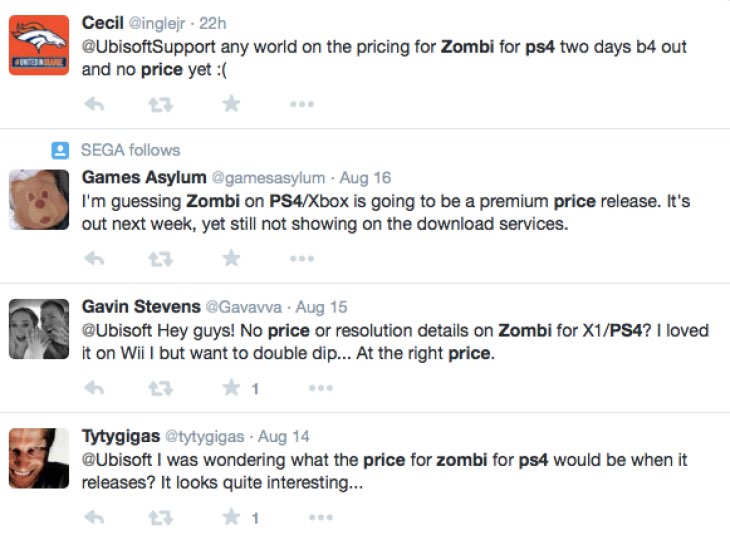 Do you find it slightly odd though that you have to wait until the last possible moment? We’ve added some gameplay for you to check out below – notice though that most of the feedback on YouTube is complaints about the Zombi graphics being below par.

Let us know if you are also waiting to find out the price of Zombi on PS4 and Xbox One and if you will still be buying this game on Tuesday regardless of potential poor Zombi reviews.

Update: Zombi’s price on Xbox One has now been confirmed to be $20, so we are assuming that it applies to PS4 as well. That is a nice price to be fair, so let us know if you will be buying this week. 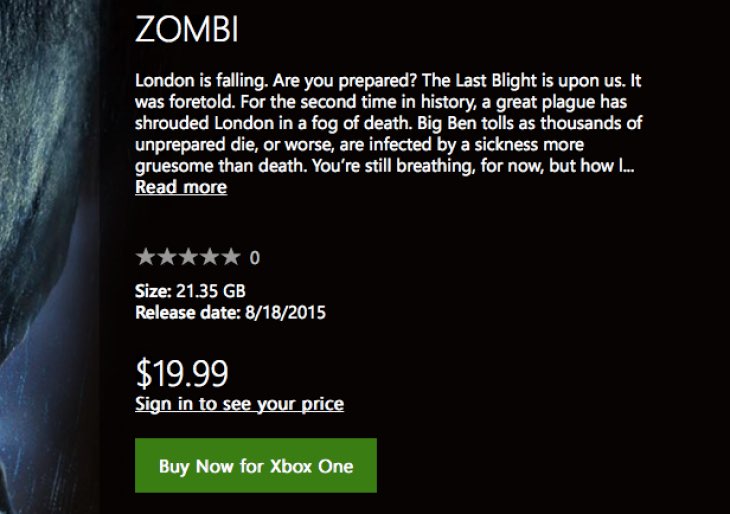