Zlatan Ibrahimovic has finally confirmed himself that he will be joining Manchester United next season, basically confirming the worst kept secret over the last month which most of you will have already known anyway.

As a result, it’s only right that we talk about how he will be featured in FIFA 17 Ultimate Team, as it is a massive deal him now having a BPL card for all those amazing chemistry opportunities.

There is also 100% chance that EA will upgrade Ibrahimovic’s rating on FIFA 17, compared to FIFA 16. After such an amazing season with PSG it is likely that he will now move up to a 90 rated card overall. 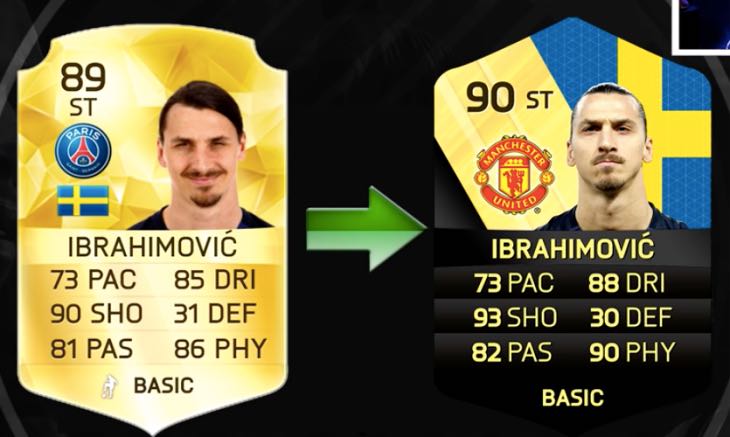 You can see a glimpse of this above, thanks to the awesome design created by YouTuber RealFIFA. If this is anything close to the actual FIFA 17 FUT card design that EA will use, we’ll be very happy indeed as we think it looks fantastic.

Do you agree that it is a certainty that Ibra will get an upgrade to 90 or 91? For fun, discuss his chemistry links with other BPL strikers below and who you plan to pair him with.