We have some important information for those that are planning to pick up the ultra rare Zelda Majora’s Mask new Nintendo 3DS XL pre-order in the US or UK.

The limited edition console was just announced at Nintendo’s Direct event hours ago. Since that event finished up, we can already see that stock has dried up completely from the likes of Gamestop and Best Buy in the US.

Even more painful is that those who hammered Gamestop and Best Buy stock in the 15 minute window it was available, are now RE-SELLING them on places like Amazon for $449.99 – double the price and the latest example of scalpers delight. 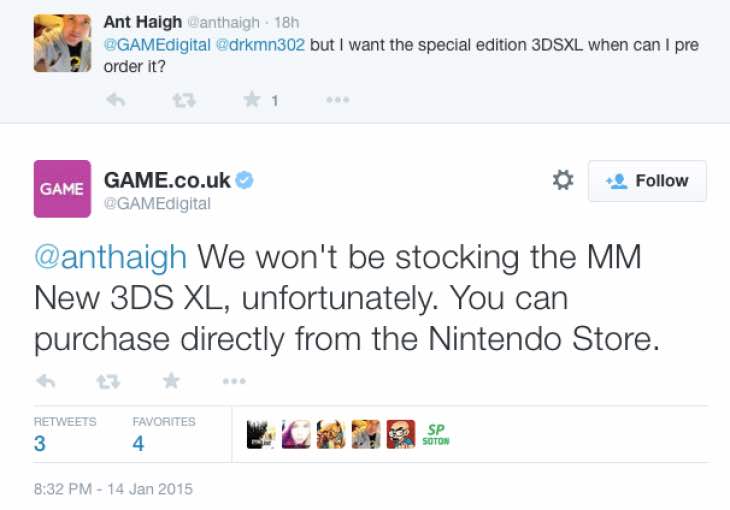 Meanwhile, Zelda fans in the UK face an anxious wait on when stock will become available for them. We can confirm from the Tweet above that GAME won’t be selling these consoles, so it looks to be exclusive to Nintendo and they could distribute them via special events – similarly in the way in which PS4 20th Anniversary consoles were sold in the UK.

Nintendo UK is yet to make any announcement regarding Zelda Majora’s Mask New 3DS XL UK stock, probably as they are just getting over the shock of stock completely selling out within minutes across shore. 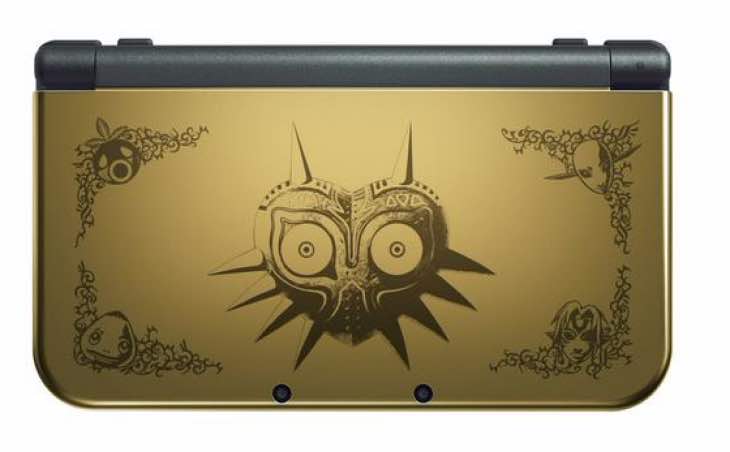 Hopefully we will be able to bring you a fresh update on the situation regarding US and UK stock soon, as this is a beautiful console that would look amazing as a collector’s item.

It really does pain us though to see scalpers at work who are already trying to resell at double the retail price. Let us know your thoughts on this and if you have been lucky enough to pre-order one already.