We have a treat for those that are looking forward to the upcoming release of The Legend of Zelda: Majora’s Mask 3D on Nintendo 3DS.

As most old-school gamers will know, Majora’s Mask was a game that originally released on the N64 years ago. Now we can bring you a great look at how the graphics have improved, from the N64 console to the new 3DS build with a Zelda Majora’s Mask 3DS Vs N64 graphics comparison.

If you needed another indication that Nintendo is conjuring up yet another classic on the 3DS, then this video below is surely it. 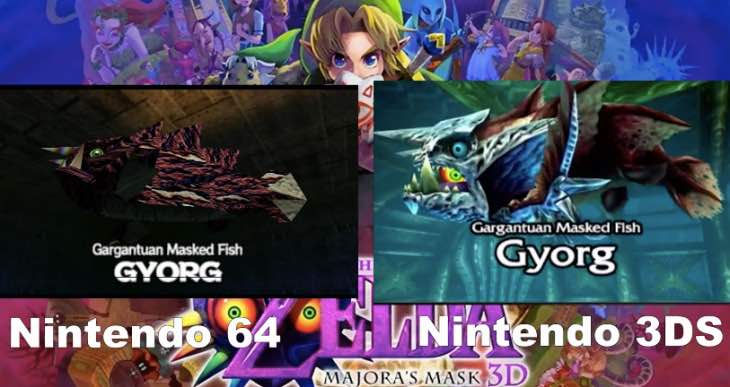 It’s also a very good example to basically dispel any doubts that Nintendo are simply porting the game straight over from N64. The 3DS version looks enhanced in almost every scene comparison and it’s great to see Nintendo going the extra mile so that the new generation can experience a true classic which is now new and improved.

We’ve included a few screenshots here to give you an example, but watch the clip below to see the whole thing – it really is impressive stuff from Nintendo.

The question is, how many of you have managed to get hold of one of those ultra rare Majora’s Mask new 3DS systems? Let us know what you think of the graphics quality and if you have already pre-ordered the game.