Everyone is talking about Zelda Breath of the Wild and rightly so. It is coming out as a launch title for the Nintendo Switch and now we give you a little insight into the extra quality of the game running on Nintendo Switch compared to Wii U.

You’ll remember that the game was originally confirmed for the Wii U only for Nintendo to also reveal that it will be a launch title on the new system as well.

As a result, those considering the console will want to know how good the Switch version is, so this Zelda Breath of the Wild Nintendo Switch Vs Wii U graphics should give you a nice idea. 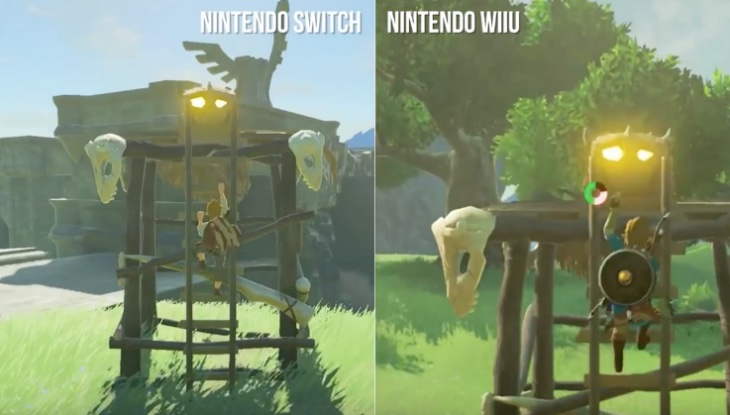 Here are some screenshots courtesy of YouTuber Arekkz, which take the 2016 E3 build on Wii U and also a present build from a recent event showing the Switch build.

Truth be told, the comparison is not perfect as we have only seen portions of the game. There are however a few instances where gameplay does match up so you should still be able to see a nice contrast between the two. 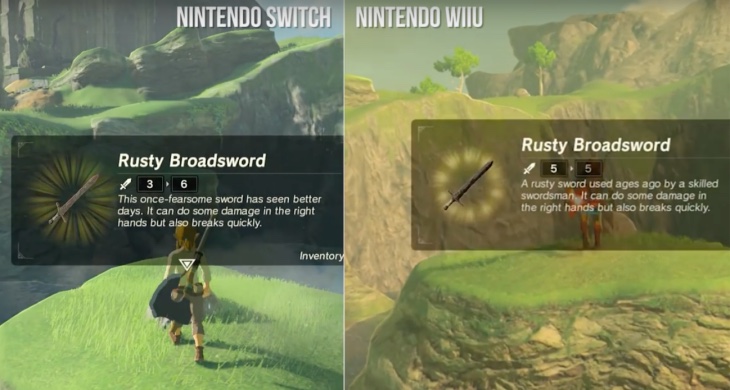 We’ll have to wait a few weeks until we see more Switch gameplay but have you already seen enough to get this game for Nintendo Switch instead of Wii U?

Let us know which option you are currently favoring.