Following on from the exciting new Zelda game announcement for the Nintendo 3DS, we have some brand new extended gameplay for you to enjoy. If you liked the look of the all-new Link to the Past yesterday, make sure you watch the following gameplay as we now have a complete look at a dungeon walkthrough for the new game.

If you watched the debut gameplay trailer for the game yesterday, you’ll know that the Link to the Past spin-off game is looking fantastic. Nintendo has confirmed that the game will be out in the 2013 Holiday Season, but it looks like they are also planning to release a demo at some point as well.

Footage from this demo has now reached YouTube, showing a person playing through what seems to be the first dungeon in the game. Upon watching, you’ll instantly get flashbacks to the amazing style of gameplay that was featured on the SNES version, while also getting another glimpse of the new 3DS features coming, such as clinging to walls to reach new areas previously inaccessible. 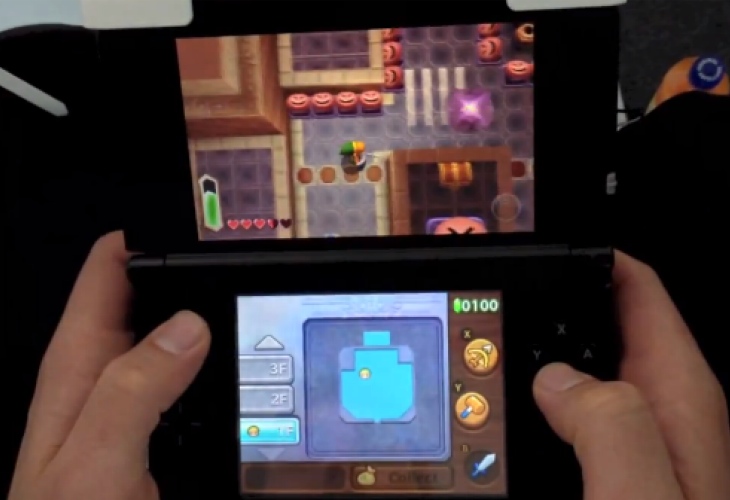 The Legend of Zelda Ocarina of Time 3D was a great addition to Nintendo’s handheld, but we have a feeling that this is going to become one of the defining games on the 3DS when it is released. The amazing Zelda music is back as well for the title and we just hope that the scale of the game is as big as the SNES game – ie, with Dark World elements as well.

Unfortunately, there is no sound with this 10 minute gameplay demonstration so you’ll have to make do without for the moment. Hopefully Nintendo will confirm the fact that a demo is on the way and it will release on the Nintendo eShop in the coming weeks.

How pumped up are you for this new Zelda game – enough to buy a 3DS for it?