We are happy to confirm that Zangief in Street Fighter 5 is now official. The Russian brawler is on his way and now we have the first Zangief SF5 gameplay to reveal showing his new V-Skill and V-Trigger abilities.

He looks great too and we have a feeling that fans are going to be very happy with his character design. More importantly, he’s bringing with him a new set of skills too – namely his Iron Muscle V-Skill and his Cyclone Lariat V-Trigger.

Iron Muscle is going to be a game-changer for Zangief fans, as it allows him to absorb the damage of one attack which leaves him with recoverable health. 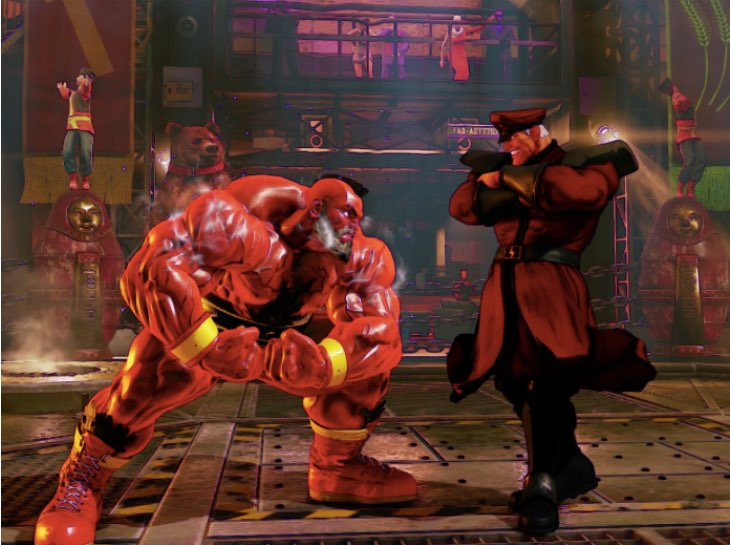 You can see this in action in the gameplay which we have added below, while there’s also some preview screenshots that you can check out here – Zangief looking a bit like Red Hulk, it has to be said.

It’s interesting to note that there was no sneak peek tease at the end of the Zangief SF5 trailer, despite the fact that there’s still three characters left to reveal.

Either way, it’s great to see Zangief back in the game as he remains a cult-classic given his strict difficulty curve. Let us know what you think of his design and new move set and if he will be your main character in the game.

Three characters left, who are they going to be?