One piece of software that received a Cnet Editors rating of 3.5 stars is called YTD Video Downloader, although users state the latest version has “nothing good about it anymore”. You can see the particular page on Cnet, which clearly reveals a big drop in review ratings to 2.5 stars for the current version at the time of writing. 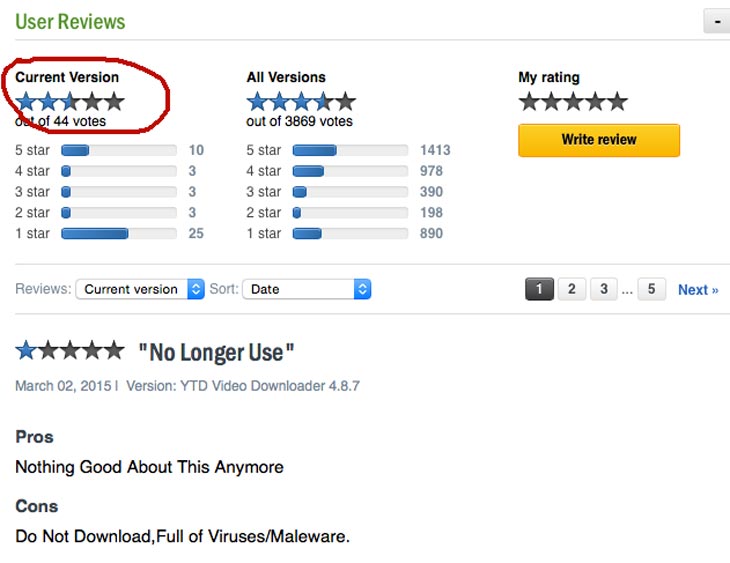 Users give reasons to avoid – the reasons some people are giving to avoid this YouTube downloader and many others look vast, but there’s certainly a pattern to the complaints. It’s worth remembering this is user feedback and cannot be confirmed in anyway, but the current rating roundup is highlighted in the screenshot above for the said software.

While version 4.8.7 added recording for 60fps video, one user said “I noticed malware (adware) and uninstalled quickly”. Another added, “I can no longer install the latest YTD, because Symantec flags the program as a security risk”. This is a pattern many of the recent comments report, which apparently come directly from users.

Do you avoid using YouTube downloader software and if so, do you always read the user feedback on the likes of Cnet before downloading software?