We have some pretty exciting news now for those of you that own a PlayStation 3 or Xbox 360 and are thinking of buying the Yoostar 2 movie karaoke game when it arrives next month, as Yoostar Entertainment Group has just revealed the game’s full set list.

As we mentioned in our previous article here, the Yoostar 2 game will be compatible with both the Xbox 360 Kinect device and the PlayStation Eye camera/Move controller. According to a recent article at ign.com, the game will launch with 80 scenes that are offered in 5 different languages.

However, players won’t just be limited to the 80 scenes that come within the game, as hundreds more will be made available online. Yoostar 2 — which will feature some of the most memorable TV and movie moments in history — is a fun way of bringing Hollywood right into your living room. 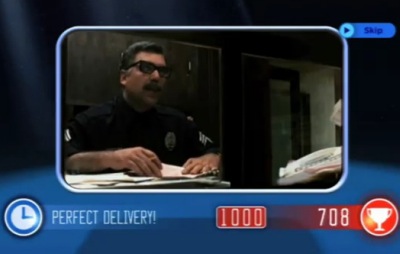 Players will be able to put themselves in Hollywood movie scenes such as “Stifler’s mom” from American Pie, “Houston, we have a problem” from Apollo 13, “I want to tear you apart” from Coming to America, “Here’s looking at you, kid” from Casablanca and “An offer he can’t refuse” from The Godfather.

There are also scenes from movies such as Karate Kid, Kick Ass, The Wizard of Oz, The Terminator, The Mummy, Norbit and Meet the Parents, as well as scenes from television series such as Mad Men season 1 and Star Trek: The Next Generation season 3.