If you live in Japan and you own a PlayStation 3 console, then we may have some exciting news for you regarding the upcoming Yakuza of the End (known in Japan as Ryu ga Gotoku of the End) title. It appears that Sega has just released brand new screenshots and two new trailers for the game.

As Josh Tolentino over at japanator.com recently reported, the first Yakuza of the End trailer shows us that the elaborate drama characteristic that Yakuza fans have become used to in the other titles hasn’t been left out of the zombie-themed title, while the second trailer shows off its mini-games. 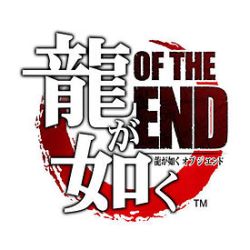 Three Japanese TV stars — Terry ito, David Ito and Esper Ito — will be making an appearance in the Yakuza of the End game, which also features upgradable guns, tanks, hostesses and NPC allies. The game is set to be released in Japan on March 17th, with no mention of a North American release as of yet.

According to Shui Ta of examiner.com, Sega has just update their official Japanese site with a few new screenshots for the upcoming PlayStation 3 exclusive title. Check out the new screenshots here. Are you hoping that the game gets released outside Japan?