We know that many of you are patiently waiting to find out the Yakuza 5 western release date on PS3 via PSN. We know that the game will be available sometime this month, but Sony nor Sega have decided to reveal the exact date yet.

The most obvious reason for this, is likely due to the fact that it is one of the planned announcements at PlayStation Experience 2015, which takes place this weekend.

Right now, the PSN listing for Yakuza 5 on PS3 shows a December 31, 2015 release but many believe this to be a placeholder. 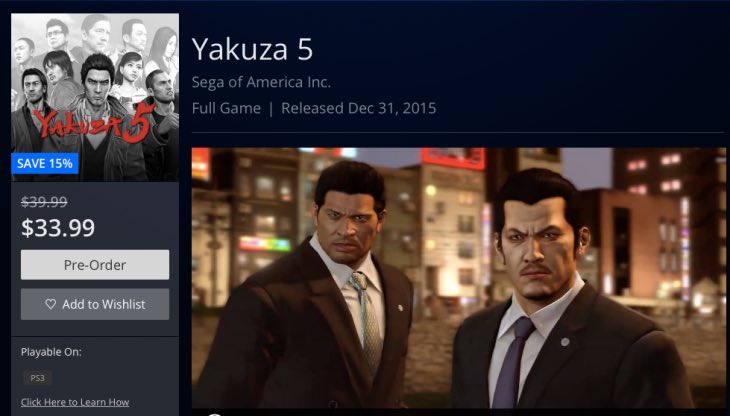 There’s currently a 15% discount attached to the game so you can actually pre-order it now for $33.99 until December 31, 2015 which you may be interested in.

We have also heard some rumors that the exact Yakuza 5 release date will be on December 29, but we are still waiting for confirmation on this – so take it with a pinch of salt for now.

PlayStation Experience is not long away, so we should get the answers very soon. Are you waiting to download Yakuza 5 on PS3?