If you’re a fan of the Yakuza game series that is waiting for the release of the upcoming Yakuza 4 title, then we may just have some exciting news. Sega has recently released a brand new trailer for the next installment in the series, as well as a few screenshots.

According to Stephany Nunneley over at vg247.com, the trailer — which you can view below this post — shows one of the game’s main characters, Shun Akiyama. It shows the story of how he went from not having anything, to being one of the wealthiest men in Kamurocho. 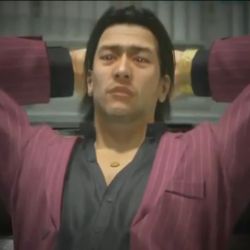 Besides the trailer, which also gives viewers an idea of how the character acts with the ladies, there are also a few screenshots from the game, which will be arriving exclusively for the PlayStation 3 in the spring of 2011. You can view the screenshots via vg247.com.

What do you think of the new trailer and screenshots? Will you be buying the game when it arrives next year? The Yakuza 4 game was released in Japan on March 18th, 2010 and has already received the Award for Excellence at the Japan Game Awards 2010.