There has been a very surprising transfer this week, with the completion of veteran striker Yakubu moving back to England in a late transfer to Coventry City in League One.

Now, all eyes are on EA to see whether they will make a late update to the Ultimate Team database and bring out a quick fire Yakubu FIFA 17 transfer.

This is a player who many of you would have seen on FIFA 14, FIFA 13 and even as far back as FIFA 10 when he had an 80 rating for Everton.

It’s amazing to think that he is still playing and could now be in line for a silver card on FIFA 17 for a very nostalgic trip down memory lane.

Take a look at his last card received on FIFA 16 which was a 69 silver card. With this in mind, we want you to let us know what you think Yakubu’s FIFA 17 rating should be – perhaps a 60-65 silver card? 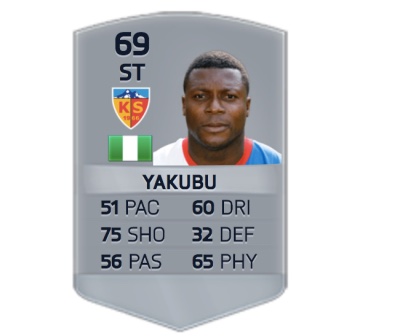 Whatever the rating, we predict that the card will still be in high demand on the transfer market as it always happens with moments like this when players just want to own that card at any cost.

Are you expecting Yakubu on FIFA 17 FUT by the end of the week?