As most of you will have heard by now, Xur is not selling a weapon today for July 17. As far as we’re aware this is the first time this has ever happened since launch.

The big speculation going around at the moment, is that RNGesus finally blessed players with the Gjallarhorn, but since Bungie removed (initially a fairy tale) the powerful rocket launcher from the loot table it showed up as a blank slot in Xur’s inventory today.

This seems like a likely explanation as why else would Xur not have a weapon for the first time? It also answers the long-running debate if true that Bungie did take the Gjallarhorn away from players in fear that it would ruin the Crucible if everyone got their hands on it. 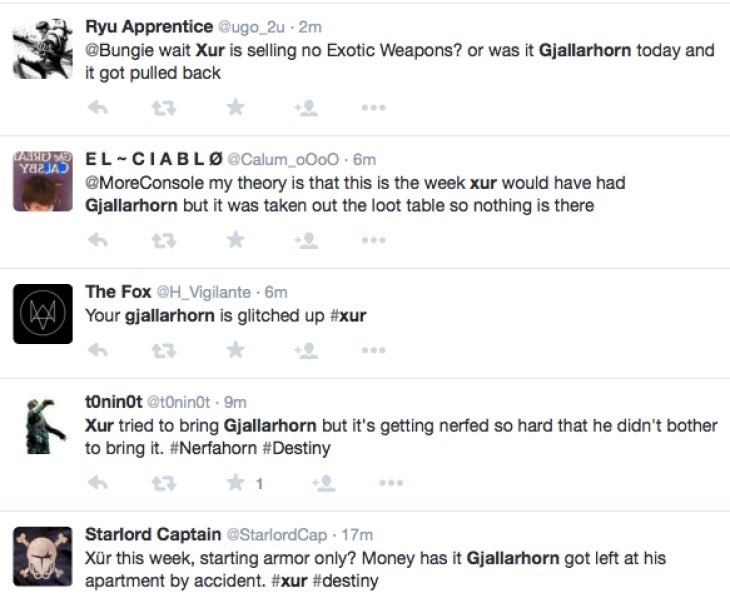 Remember that this drama is coming straight after the news earlier today that the Gjallarhorn itself will be the subject of a big nerf once Bungie deploys the next major Destiny 2.0.0 update.

Bungie are said to be investigating the incident, but we’ll keep you updated with what happens. Some are saying it’s simply a Xur glitch, but we think the Gjallarhorn rumor is a lot more plausible.

Give us your thoughts on this below – are you frustrated about this?