Having seen a few leaked images and specs of the Sony Xperia Z2 tablet it was finally nice to see the device made official during MWC yesterday. It’s clear that Sony has one target in mind and that is the iPad, as the Z2 tablet is not only thin, but cheaper than Apple’s effort as well.

It’s nice to see a premium Android tablet seeing as though the market has been flooded with budget Android tablets. Okay, so we know that Samsung recently launched a range of new tablets, but where the Xperia Z2 differs is the fact that it is the worlds thinnest and lightest waterproof tablet on the market.

We knew from the start when we started to see the leaked images of the Xperia Z2 tablet that it would be compared to the iPad Air, and so it’s finally nice to see the two side-by-side. 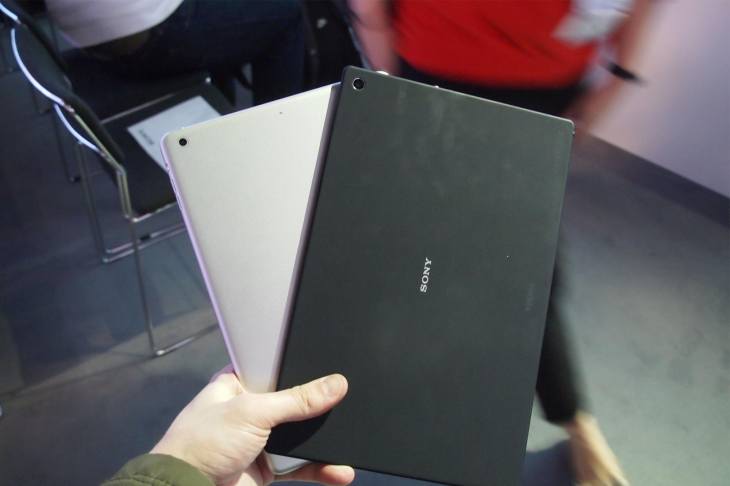 The Xperia Z2 tablet vs. iPad Air visual review might not be the comparison that you and I would love to see, but that will come at a later date once people have spent more time with Sony’s new device.

However, the video does offer a little Xperia Z2 tablet comparison with the iPad Air and the first difference that you will notice is its screen. The Z2 might be slightly larger, but the iPad Air does have greater resolution.

It is made very clear from the start that Sony’s new tablet seems to have some better options, such as the ability to make phone calls with the use of an accessory. The 2.3GHz quad-core Qualcomm Snapdragon 801 processor is also said to be faster than the A7 chip in the iPad Air, although it is pointed out in the video that Apple has yet to take full advantage of this new chip in their tablet.

We hope you enjoy the video below, although we cannot wait for the full Xperia Z2 tablet vs. iPad Air comparison. It’s worth noting that the Sony Xperia Z2 tablet price starts at £300 when released in March in the UK.