Since the Sony Ericsson Xperia Play first launched back in March, it has already dropped in price once before. This is thought to be in refection of the disappointing sales the device has received so far. Now we have news of yet another price slash, this time Expansys is offering the smartphone unlocked for just £260.

When the Xperia Play was first made available, it was selling with the suggested retail price of £500; this is significantly more than what the device can now be picked up for, thanks to a number of cuts. While it is obvious that sales are not doing what the company has expected, the first PlayStation approved smartphone showed a lot of potential which is why it is such a surprise to see it available on the market for so much less than originally planned now.

As ITProPortal explains in their article, Sony has recently made the decision to cancel the PSP Go all together, and this could be the reason behind the price drop. The Xperia Play offers slightly more than the PSP device does as far as gaming is concerned, not to mention it is still also a smartphone. It is boasting a 1GHz Qualcomm Snapdragon MSM8255 processor and a 4” display with 854 x 480 pixel resolution, making it more powerful than the Go and has a better picture.

If you’re thinking of picking up the Xperia Play here a reminder of what the £260 will bag you. A Gingerbread 2.3 powered smartphone with 400MB RAM, an Adreno 205 GPU, stereo speakers, 8.5 hours of battery life, a front-facing VGA camera and a 5 megapixel camera on the rear capable of HD recording. It also includes an 8GB microSD to expand the storage. Sony has also included 5 pre-installed games for free while Expansys are also offering a free car charger.

Will the new offer and features be enough to entice you into buying an Xperia Play? 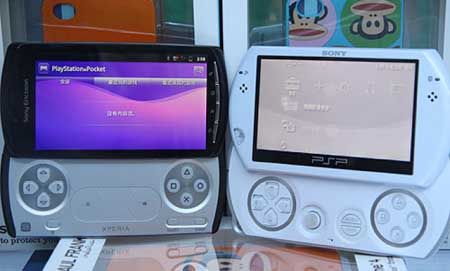