Well, we don’t like the idea of jumping on the bandwagon here, but we just cannot help it, as the Xiaomi Mi Notebook Air really does take a shot at Apple’s MacBook Air. Having said that, some skeptics out there would say what we are actually looking at is what the 2016 MacBook Pro upgrade would have looked liked, but Xiaomi managed to take a sneaky peak at it during the design process, but we very much doubt that for one moment.

Xiaomi also introduced a new handset, the Redmi Pro, which we will get to in another article, and so we just want to take some time to look more closely at this new laptop of theirs.

Before we have a look at the specs, we thought you might be interested in a short video that we came across of the Xiaomi Mi Notebook Air durability test. We get to see the laptop being put through its paces, and looking at what it has to endure. It does seem as though it can handle many of the things that everyday life throws at it. 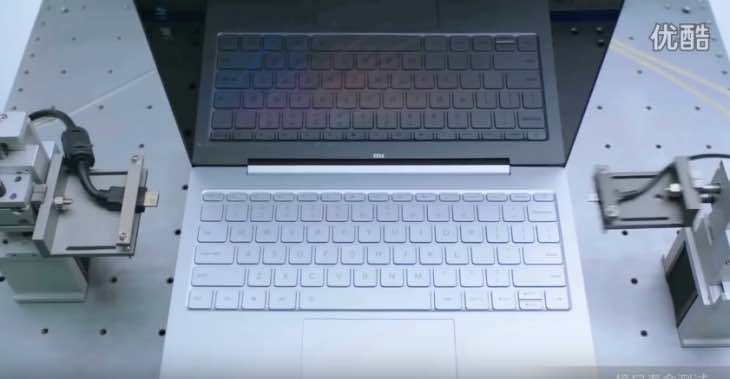 We first get to see how well the Mi Notebook Air withstands humidity, along with how strong its screen is by having a ballbearing drop on it. Next we get to see connections being put in and taken out of the ports, along with other stress tests, such as bending it to within an inch of its life. You really will be surprised at just how tough this device is.

You might wonder why we would talk about such a device, especially as it’s only being released in China at the moment. Well, we suspect that the Xiaomi Mi Notebook Air will be released in India in the coming weeks, although it’s a tough call to say when or in fact if it will be released in countries such as the US, UK and other parts of Europe.

Check out the durability test video.