Have you made the decision yet on which next-gen console to purchase? Both the Xbox One and Sony PS4 are now available for ordering online from Amazon, offering consumers the temptation to order straight away and secure one early in time for launch. As a result, we now know what the official retail packing will look like for both consoles.

As most of you are well aware, Microsoft has announced a $499 price for the Xbox One, while Sony has undercut Microsoft by $100 with a pleasing $399 entry price for the PS4 console – a stark contrast to Sony’s pricing for the original PS3 launch model in 2006.

Both consoles will offer 500GB of storage, but unlike the Xbox One, the PS4 hard drive can be removed and upgraded to a higher storage if consumers desire. On the other hand, the Xbox One system will come included with a Kinect camera, but the PS4 camera attachment will be available as a $60 separate purchase.

You can order the Xbox One here and Sony PS4 here, both on Amazon. We can now see a full glance at what the final packaging will look like for both consoles, with Microsoft opting for a full black theme and Sony choosing a more colorful blue design for the PS4 box.

We like both designs shown, especially the fact that Microsoft has opted to show no additional information other than a picture of the console, controller and camera – compared to the PS4 box which displays some extra details such as storage capacity and color of the console. Does that mean we are due some additional PS4 colors sooner rather than later? 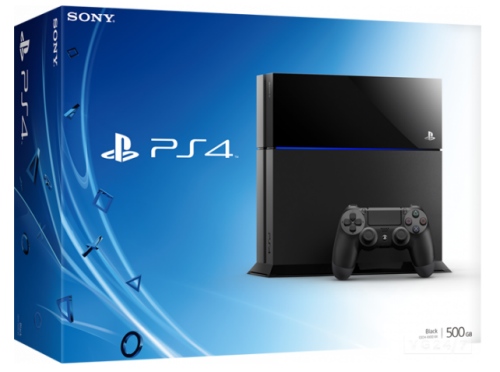 The question is: Which design do you like better and have you already secured your order with Amazon? If so, tell us which console you have bought and your decision for doing so.