We are only in September, but Microsoft has not wasted time in giving Xbox One owners a full heads-up on some of the features available in the Xbox One update for November 2015.

The console has made great strides this year in delivering some of the most requested features to users month on month.

Now Microsoft has detailed what they are calling the New Xbox One Experience, whilst also confirming that Preview Program members will once again get the opportunity to test-drive the new features first.

Most of you already know that Xbox 360 backwards compatibility is rolling out in full to all Xbox One owners starting from November. Now Microsoft has added some other major features that they will be bringing to the console, such as a new Xbox Community section. 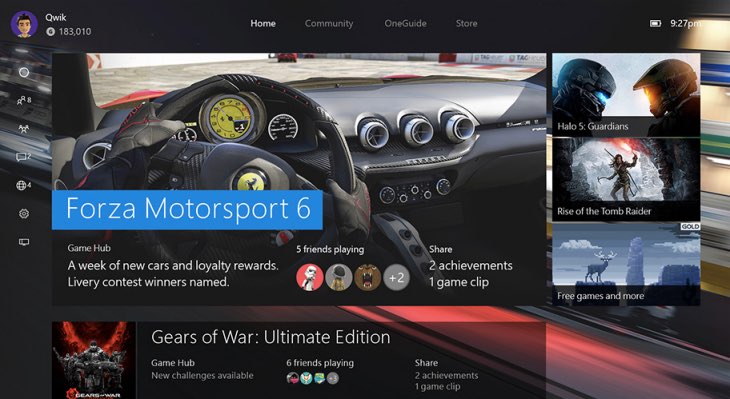 Sony has just announced PS4 Communities with firmware 3.0 and now it looks like Microsoft is going to be following suit to add to the competition.

Also coming is a new Xbox Guide button, which is going to be designed to allow gamers to access their favorite features with just one tap of a button – making navigation even easier than before.

Check out Microsoft’s preview on the official Xbox Wire to learn more. Microsoft has said that the New Xbox Experience for Xbox One November 2015 will be rolled out first in the next few weeks, to those that have “historically submitted the most feedback” in the Preview Program.

Let us know if you think you meet this criteria and your thoughts on what you want to see on your console before the end of the year.