We can see that many of you are asking what is new with Xbox One after a surprise Xbox One update for August 17 today.

We can confirm that the update is only a minor one and we can now share some brief details on what has changed thanks to Major Nelson.

The update actually started rolling out on August 14, but for some reason has only reached many of you on August 17. 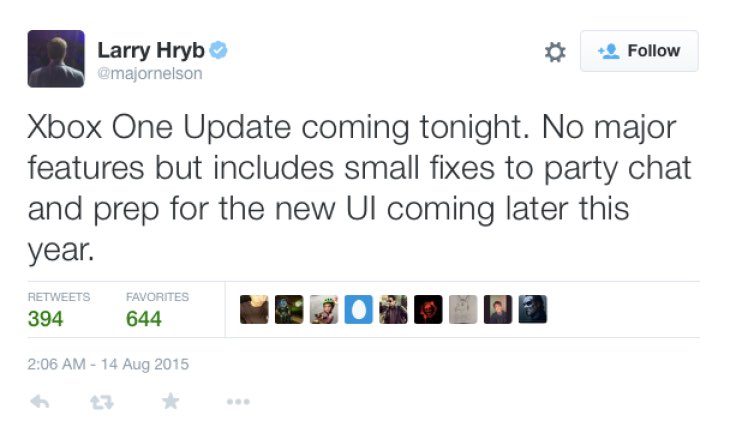 As you can see there has been some changes to Party chat, but the real purpose of the update has been to provide preparation for big Xbox One UI changes coming later this year.

At least you can rest assured that bigger and better things are coming soon and that the Xbox One Dashboard is due for another significant revamp soon.

Were you searching for the changes since there were no other official notes posted that we were aware of?