Now it is really starting to get exciting for home console owners. Just days after massive rumors spread about a PS4 console with 4K capabilities and improved specs, we now hear that Microsoft has secret prototypes in the works on a possible Xbox One Slim console with upgraded specs for 2016 as well.

This information has first come in the form of a leaked Microsoft Xbox One wireless chipset with a new model number from the FCC which was showcased to Neogaf, you can see this below.

On top of this, anonymous sources have also confirmed to The Verge that Microsoft is working on new Xbox consoles, so all in all it is building up to an extremely exciting E3 2016 this year. 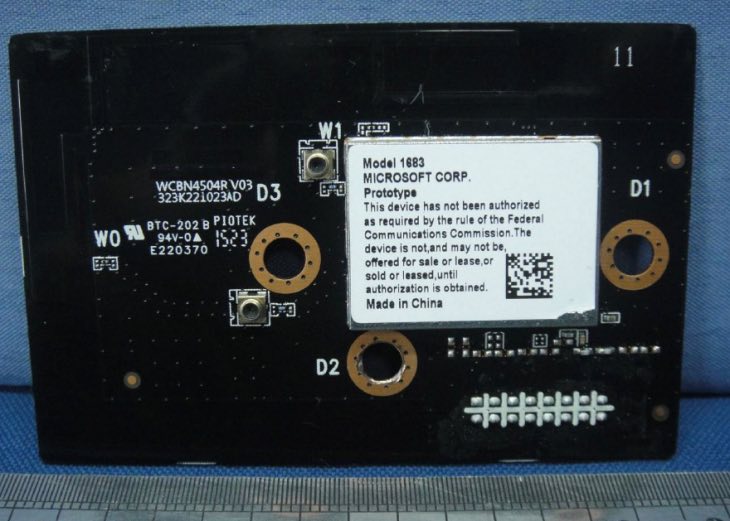 Unlike the PS4 Neo leak earlier this week, there’s been no information on what spec upgrades the new Xbox could have. However if Sony are reportedly providing more RAM, CPU and GPU power in the new PS4, then you would safely assume that Microsoft will be as well.

Are we going to get to a point that in Fall 2016, everyone is going to be debating on whether to buy 4K supported Xbox One and PS4 consoles?

These are really exciting rumors, so we’d love to hear your thoughts on this. Would you buy a 4K console, if you had the choice to switch between PS4 and Xbox again?