The Xbox One February update may have just arrived for users, but we can tell you about one missing feature that could be on the way next, one that has been requested by users since launch.

What we’re talking about is the Xbox One screenshot feature of course and now we are pleased to say that it is officially coming soon.

Xbox boss Phil Spencer has said so himself as he’s just tweeted a teaser image of the feature already running on an Xbox One dev kit. 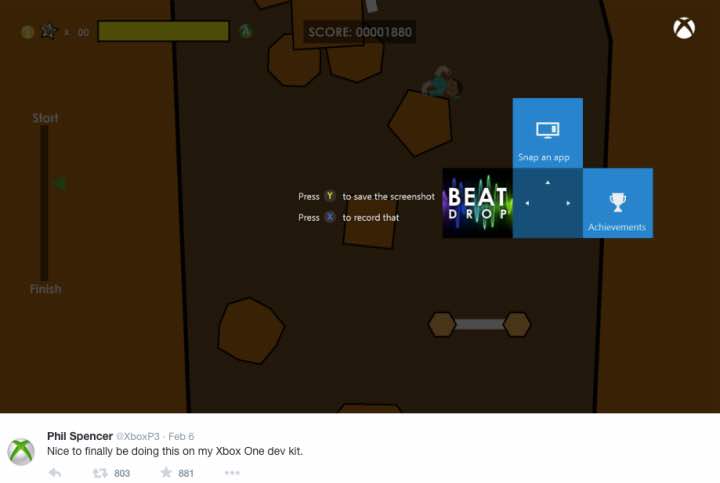 When it arrives, it should be part of the double tap feature of the console and will allow users to save screenshots by simply pressing Y.

There’s no indication on when this feature will arrive, but judging by the fact that Spencer is already teasing it, we would say that it will be part of the Xbox One March update at the very latest.

Are you happy about this, considering that Sony PS4 users have had screenshot capture features since launch?