The Xbox One October update is live with a full list of release notes for gamers to read before getting hands-on this weekend. If you have been on your Xbox One system in the last 24 hours, then chances are you might have already installed the system software update.

It should be noted the new Xbox One update will be rolling out from now in October 2014, so you might not see the new software just yet. If that is the case, then take a look at the full release notes below and learn about the new features taking full advantage of Xbox One’s multitasking abilities.

You can also watch a preview video below for the Xbox One October update. This features Major Nelson giving the new features a quick review, which include a new Friends section, new Snap Center controls, MKV playback, DLNA server support, and a lot more. 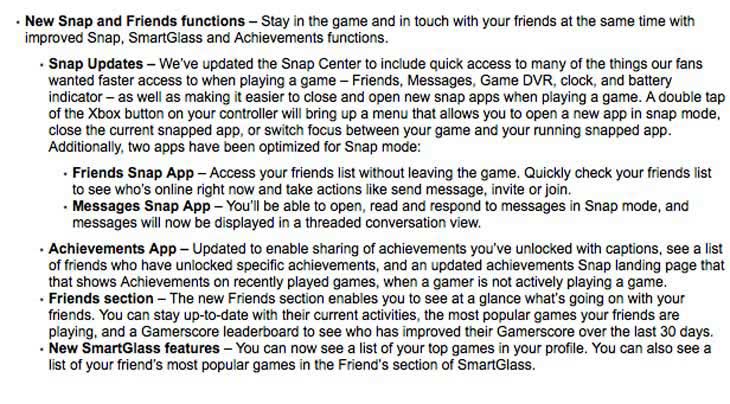 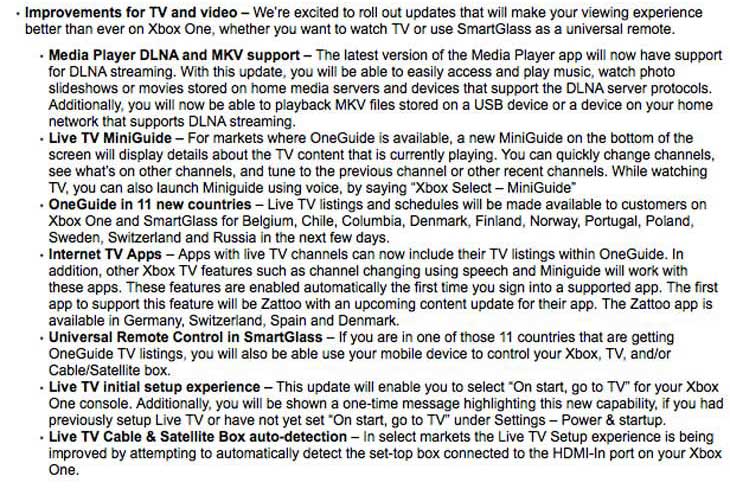 What are your thoughts on the new features contained within the 2014 Xbox One October update? If you have install problems, then leave a comment below. Take a look at the video, or the release notes and share your feedback.