We have some fantastic news to confirm now, the news which you have all been waiting weeks to hear from Microsoft. We now know the official Xbox One backwards compatibility release date combined with when the new Xbox One Experience dashboard update in November 2015 is out.

Without further ado, we can confirm that the big date is November 12 which falls on a Thursday. This is going to be the day in which the new Xbox One November 2015 update is also live with a new dashboard on top of the backwards compatibility goodness – free for all Xbox One owners remember.

That makes it a massive month for Xbox gamers adding the Games with Gold titles into the mix and now you can count down the days after finally knowing when it will be available. 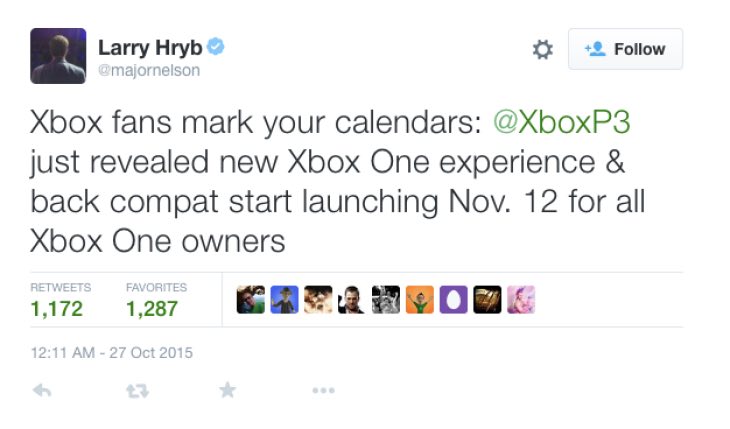 For those that need a recap on what the new Xbox One dashboard will look like in the update, we’ve added the video from E3 2015 to refresh your memory.

Simply put, if you love the look of Windows 10 then you are going to also love how the new Xbox One update in November will look as it’s styled off the Windows 10 interface.

Give us your reaction to the news below and what you are most looking forward to within the update next month. Is free backwards compatibility one reason why you prefer Xbox One over PS4?