Earlier this month, we told you that Microsoft would also be giving Xbox One users further joy with a planned Xbox One March update. Now, we have some good news as the company has released a preview, giving you an excellent heads-up on what to expect in terms of changes.

We told you that the March update was specifically linked to improving party chat features on Xbox Live. Now, Major Nelson along with Xbox One engineer Richard Irving have given users a general walkthrough of the changes compared to the Xbox One February update that has just gone live.

Aside from improvements to the Party system, you’ll be pleased to hear that Microsoft is also targeting the Friends list as a priority as well. Microsoft has promised that installing the March update will ensure that accessing your online friends is a much more faster experience compared to before. 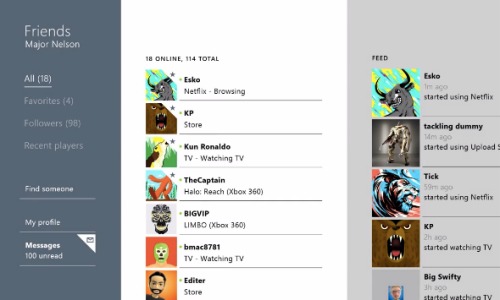 Microsoft has also made another useful tweak, allowing users to select ‘favorite’ friends, rather than scroll through the vast list – obviously making it a lot more convenient for you.

Watch the video below to get a full idea of what is coming. If you are a happy Xbox One owner right now, let us know what new Xbox One features you would like to see.