Many Xbox One users have been surprised to find out that there has been a new Xbox One July 13 2015 update to download this morning.

As you can imagine, everyone wants to know what is new with the Xbox One update today but there doesn’t appear to be any information from Microsoft yet on what it does with regards to Xbox One July 13 features or patch notes.

Remember, we have just had a system update on July 8, a update which prepares the console for both Windows 10 streaming as well as backwards compatibility for non-preview members. 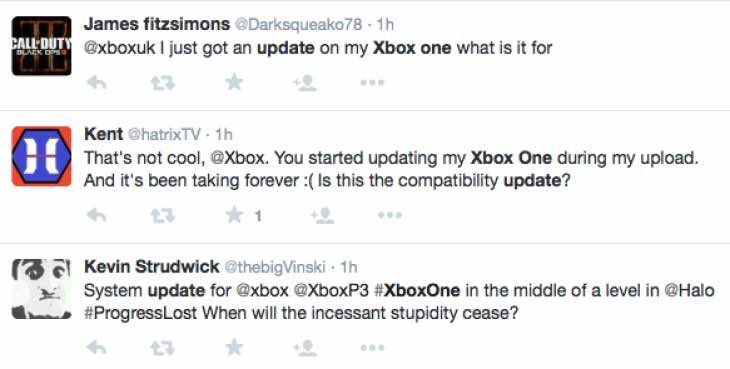 Whispers on message boards such as Reddit suggest that this is the same update as the July 7/8 update – in other words delayed for some users and only being available today.

That’s obviously not very conclusive though so we’ll try to do some digging around and let you know once we find anything.

Have you just downloaded an Xbox One update today for July 13 and are also wondering what it does?