Just when you thought that Sony’s PS Plus program was unbeatable, Microsoft has reminded you this week that they will soon have some great news for Xbox One users. Specifically, the company has confirmed that Xbox One Games with Gold will be going live soon and should offer Xbox One users two free games each month.

It has been a long wait since launch, but soon we will be able to say that an Xbox One Games with Gold Vs PS4 PS Plus showdown is now on, with Sony and Microsoft battling it out in order to gain your crucial subscription fee.

The news is straight from Microsoft’s mouth, with Phil Spencer revealing to one user that details on the Xbox One side of the ongoing promotion will be coming very soon.

@BungaHead @XBX1GameInsider Answer to this will be coming fairly soon.

To remind you, Xbox 360 users can currently get two free games per month as part of their Gold subscription. The difference with PS Plus, is that Microsoft allows members to keep the games permanently even if their subscription expires.

This is different to PS Plus, which offers a lot more content but that content is linked directly to your subscription and so when it runs out – so does your access to games.

Despite that though, Sony has been offering high quality games on PS Plus which has shocked PS3 and PS4 users in a good way. The entrance fee has been the subject of plaudits for months, so how can Microsoft compete with that? 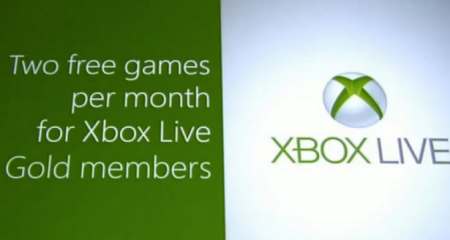 Offering free games on Xbox One is a big deal, so Microsoft will have to find the balance. After all, we highly doubt that Microsoft will just be giving away say, Forza 5 or Dead Rising 3 for nothing.

Two free games which you can keep is a big promise to live up to, but it all depends on the quality of those games in our opinion – will Microsoft choose to just offer Indie games instead?

Give us your reaction to the news that Xbox One Games with Gold will be going live soon. Are you tempted to take up Microsoft’s offer, or will you stick with your PS4 PS Plus subscription?