In August, Xbox One console owners will receive Metal Gear Solid V: Ground Zeroes right from the start of the month and this follows a AAA title in July. Xbox Live Gold members will also be able to download How to Survive: Storm Warning Edition for free in the same month, although this won’t be possible until August 16th, but it will last until September 15th. 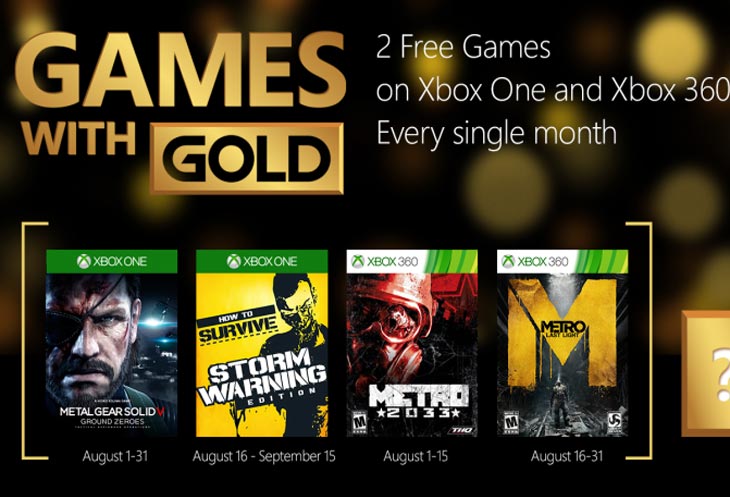 If you include the Xbox 360 into the mix, then there’s four free games on offer for Live subscribers. The previous generation receive Metro 2033 from August 1st, and then Metro: Last Light from the middle of the month.

Are you happy with the Xbox One Games with Gold lineup for August 2015? If not, would you have rather seen Ryse within this lineup? Of course, if this ever happens within the next couple of months, then you can be sure to find the details on Product Reviews. Having played Ryse right to the end, this would certainly be one of the best freebies to date if it happens soon.