It is almost time for another system update for Xbox One owners. Microsoft has just sent out word that the Xbox One February 2015 update is coming soon.

In the meantime, Major Nelson has provided a full look at the Xbox One February update features so that gamers can get a good heads-up of the changes ahead.

One of the best features that we can see is Xbox One tile transparency. Microsoft has again tweaked this feature, allowing you to make tiles even more transparent and in turn – make those background images stand out clearly. 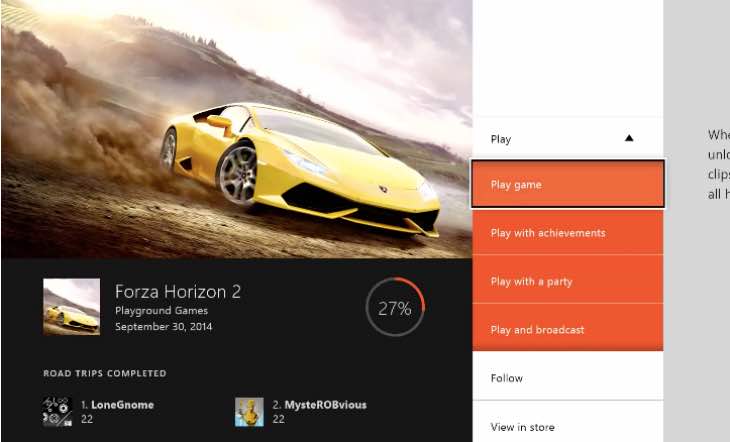 This feature has yet to arrive on PS4 and it’s great thinking by Microsoft, especially given that it’s a feature heavily requested by fans.

Elsewhere, Microsoft are adding Game Hubs allowing you to go to a personalised hub for each game and interact with your friends who are also playing the same game.

There’s also plenty of changes coming to Xbox One Live TV. You can read through the full notes over at Major Nelson’s website here. It’s worth pointing out that those who have access to the Xbox Preview Program, are already using these features right now – not fair for the rest of us right?

We also see that no leaks have crept out yet, so Preview Program members are pretty loyal to the cause. Let us know what you think about the Xbox One Game Hub and Transparent tiles for background images.

We’ve added a great video below explaining the features in more detail. Are you confident to say that the Xbox One UI is ahead of the PS4 right now?