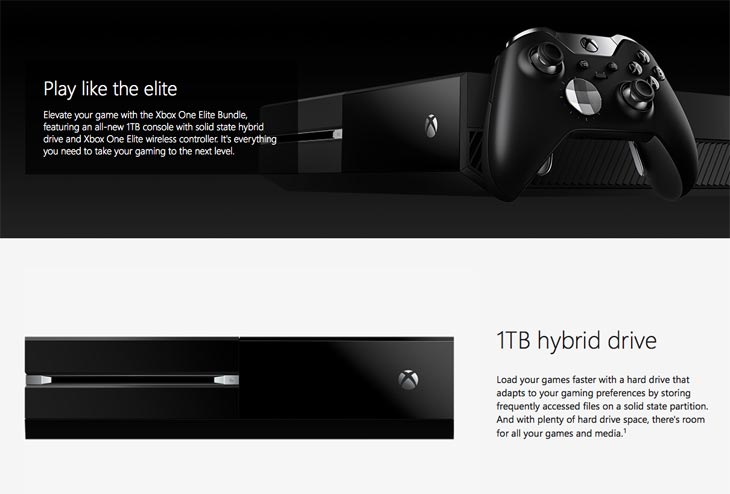 We featured the new Xbox One Elite controller back in July, due to the Microsoft livestream and news announcements during E3. This controller alone costs £120 in the UK, although the Xbox One Elite has a UK price of £399.99, which compares to the United States better deal at $499 (£326).

Both regions get an Xbox One Elite console with the same specs that include a 1TB solid state hybrid drive, most likely similar to how Apple’s Fusion Drive works, and the Elite Wireless Controller. One of the major benefits of this upgrade is to allow for Xbox One games to load faster from the console’s solid state partition.