At the end of March, we told you that Best Buy were giving gamers the opportunity to pick up a PS4 console bundle with a great price and with a free camera.

Now, it’s only fair to see similar deals available for the Xbox One and now we’ve spotted that GameStop have a great trade-in incentive that is now underway.

Provide either one of those consoles in working order and with all of the relevant components and you’ll be able to get $125 in credit. 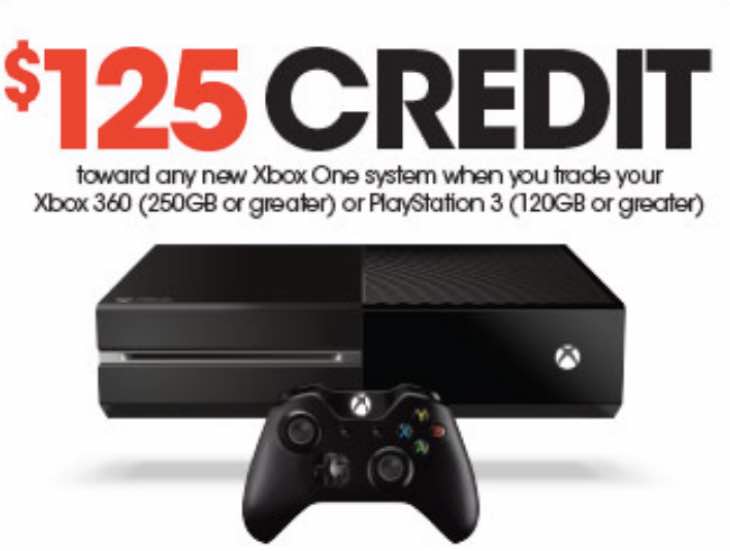 Remember a new Xbox One console from GameStop costs $349 with either Halo Master Chief Collection, or Assassin’s Creed Unity thrown in.

That means that if you are willing to trade in your Xbox 360, or PS3 you can get an Xbox One for just $224 which is a pretty good deal. Add on top of that any old PS3 or Xbox 360 games that you don’t need and you can reduce the price further.

Let us know if you are interested in this and if you have good experience from trading in game hardware to GameStop in the past.