We have another round of games to tell you about now in a surprising, but very satisfying Xbox One backwards compatibility update for May 2016.

As most of you should know by now, Microsoft has now changed their format when it comes to the availability of new games being added to the service.

Instead of releasing a large batch of games once per month, Microsoft will now release games multiple times throughout a month as and when they are ready by developers. 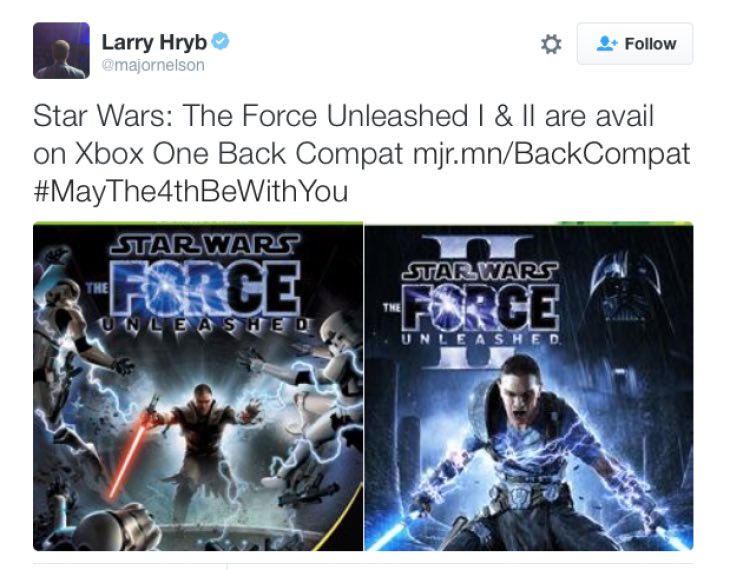 With Star Wars Day having just landed on Wednesday, we wanted to give you a heads-up that Force Unleashed 1 and 2 are now available on the Xbox One backwards compatibility games list.

As an extra bonus, if you don’t have either game you can now pick them up for $5 a piece, or £5 from the Marketplace which is still a lovely treat.

Do you have fond memories of both games? Let us know how your backwards compatibility list is shaping up on your console.