Following on from our earlier post which revealed that Red Dead Redemption was coming to Xbox One backwards compatibility this month, it looks like we can now go ahead and give you an initial heads-up on the Xbox One Backwards Compatibility games list for February 2016.

We can tell you that Microsoft has jumped the gun early and released a new batch of Xbox One backwards compatibility games for this month.

These games were available digitally over the weekend for several hours, only to be pulled by Microsoft afterwards once they had realized their error.

Without further ado, we can show you the prospective new list of games for Xbox One backwards compatibility for February 2016:


We know that this list is real as there are already tons of footage online on YouTube, showing users being able to download the games to their library. 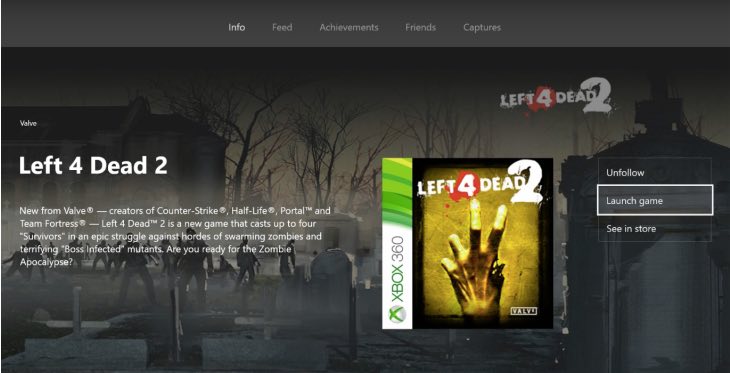 Microsoft has since patched them all so that they are not playable, but we’ve added an example clip of Left 4 Dead 2 below which proves that these games are almost ready to go live.

We are assuming that Microsoft still needs to put the final touches on the physical versions which is why they pulled the plug when they did.

It is a fantastic list though and we have a feeling that many of you will have no problems waiting for Black Ops 1 a little while longer if the likes of Red Dead Redemption, Halo Wars, Left 4 Dead 2 and Tekken Tag 2 are all coming this month.

If this doesn’t offer a massive incentive to choose Xbox One over PS4, we’re sure what does. Let us know your thoughts on the list and which game from above you are most looking forward to playing.