We just have hours to go until the first official Xbox One backwards compatibility game list is revealed by Microsoft. Everyone wants to know what time will the game list be released, but you may not be aware that the games could have been revealed early in advance.

Just to make it clear, Microsoft will be adding support for over 100 games – not just 100. We have seen some gamers under the impression that 100 is the final number, but we can remind you that it is only the first batch that is releasing this week.

Now with that said and done, an image has been published recently by German site DrWindows. It shows some very nice games included on that list – although no Crackdown yet which we know was confirmed recently. 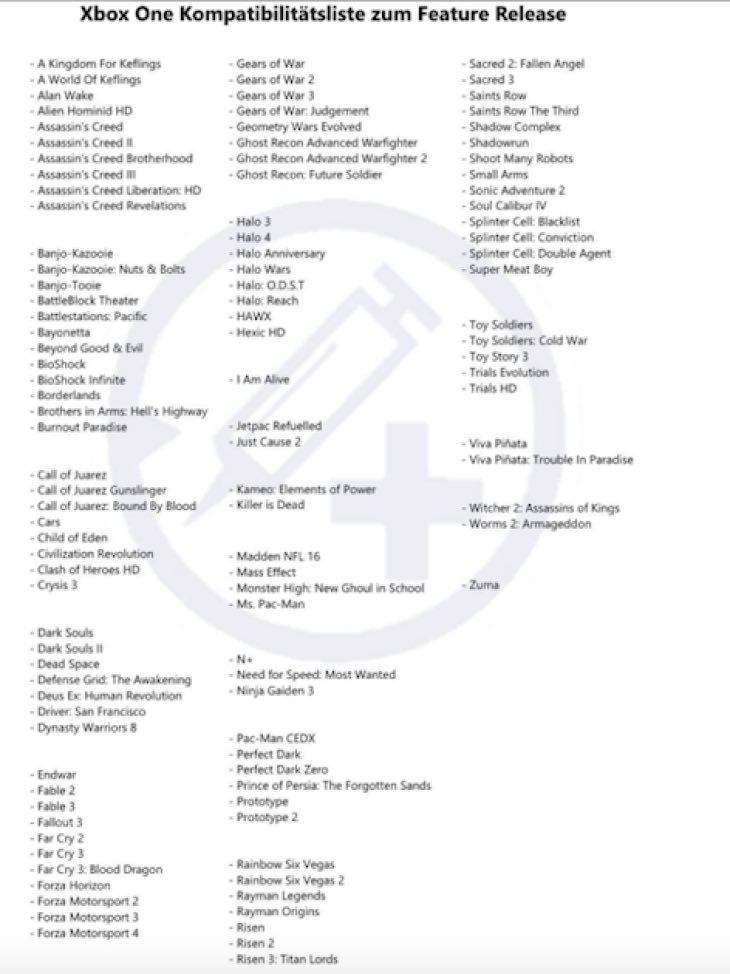 We know that Fallout 3 is on the list as it was highlighted with the Xbox One version of Fallout 4, while other games that make the cut are Madden NFL 16, Crysis 3 and Halo: Reach.

Unfortunately it looks like titles such as Red Dead Redemption and Skyrim are not in the first batch, but hopefully they are already being worked on for the next update – these are easily two of the most requested Xbox One backwards compatibility games from the community.

Take a look at the early list above and let us know what you think about it. Once the official list is live later on Monday, we will let you know if it turns out to be true.

Are you happy with the first batch of games above, or not?

Update: The official list is LIVE. Games mentioned in the leak were incorrect – read the list and give us reaction below.